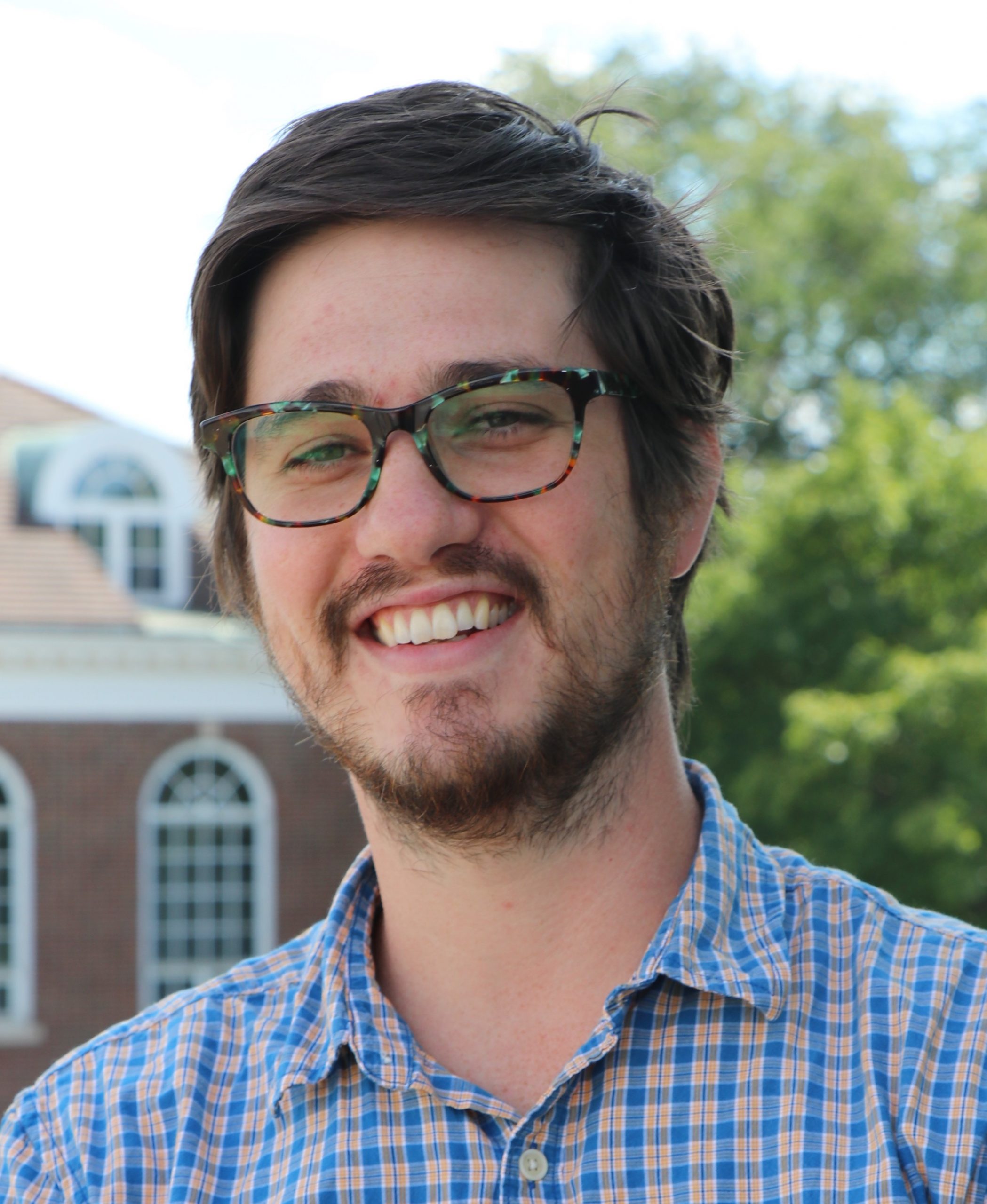 Is your online data secret? Is it safe? High profile data breaches have become the norm, including Target, Marriott, Equifax, Bank of America. The list continues.

Billion-dollar companies are using your personal information in unexpected ways. Often it is given for free. Other times it’s forced.

Between your GPS-enabled smartphone, the agreements you have to sign to use apps or social media, it might seem like there’s no expectation of privacy. And in prison, it’s even worse than you think.

“Everyone who was incarcerated had to do a voiceprint and if you didn’t do the voiceprint,” says Bianca Tylek, executive director of Worth Rises, “you wouldn’t be allowed to use the phone.”

But what happens to those voice prints? They entered databases and were sold to law enforcement, Tylek says.

A judge recently put a stop to that, but jailhouse telecom companies like Securus have other ways to make money. Like calls home or calls to lawyers.

“Securus regularly recorded and transmitted privileged calls; these are calls between people in prison and their attorneys that are constitutionally protected from prosecutors and law enforcement,” Tylek explains.

Who is Securus Technologies? If you work your way through a mix of shell companies, you’ll find Platinum Equity, which is owned by Tom Gores. Gores also owns the Detroit Pistons.

Prison telecommunications companies have been eager to hand over information such as voiceprints to police and prosecutors. Securus continues to make money by charging prisoners to call home or talk to a lawyer.

Another place you might not think to look for data collection and resale: automobiles.

“I think a lot of people don’t realize that the moment you plug your phone into a car, whether you know the USB connection, or you connect via Bluetooth, your phone is probably sending personal data to the car’s computer. car.” —Geoff Fowler, Washington Post

Geoff Fowler is a technical reporter for The Washington Post. He and an expert took a car apart to figure out all the data it was collecting. In his reporting, Fowler found that GM “had the right to collect just about anything it wanted for any purpose and keep it indefinitely.”

So what does your car know about you? Verry much.

“These computers, just the infotainment system which is still just one of many computers in a car, can collect and generate gigabytes and gigabytes of data per hour,” Fowler says.

“So we found places, places I had been, places where the owner of the car Doug [a volunteer who let Fowler look inside his two-year-old Chevy Volt] was gone. We found a contact extracted from our phone. We found calendar entries, music, all sorts of things that would have allowed anyone with access to this computer to rebuild our lives.

“I think a lot of people don’t realize that the moment you plug your phone into a car, whether you know the USB connection, or you connect via Bluetooth, your phone is probably sending personal data to the car’s computer. car.”

Even if the company isn’t doing anything particularly nefarious with your data, that doesn’t necessarily mean others won’t. Everything from McDonald’s and Kroger to Planned Parenthood of Los Angeles suffered data breaches. Fowler says that means others can get your information and use it against you.

Another industry that finds your automotive data interesting is insurance.

Fowler says, “These companies have already made deals with some insurance companies where they will automatically send reports about what type of driver you are, ostensibly for insurance discounts. But of course, what starts out as a discount can end up causing us all to pay more if we’re not good drivers.

“There are a lot of cases where the courts or the good governments or the bad governments might want that data to know where a person was and what they were doing. And when I asked General Motors, ‘How often is he complying with a government request for data on our conduct?
There are also other ways to collect your data at home. »

Alanson Sample is an associate professor of computer science and engineering at the University of Michigan. He is working on PrivacyMic, which is an audio technology in development that processes outside of the normal frequency range for human ears. Even if we can’t hear it, this range is full of useful information for companies looking to get as much usable information about you as possible.

“Normally we think we hear 20 hertz to 20 kilohertz, but there are a lot of vibrational frequencies that occur outside of that range. In fact, ultrasound has a lot of really unique and interesting sounds that […] we don’t think of them as sounds, but they are acoustic vibrations,” says Sample.

By using microphones that specifically pick up specific frequencies, PrivacyMic can identify things like TVs on, electric toothbrushes, or even whether lights are on or off, while inherently suppressing speech.

And it’s not just the audio. Sample and the company are working on a camera that can detect if someone is falling and needs help, without recording day-to-day events.

“In the camera itself, there’s a privacy co-processor where it goes and removes all personally identifiable information and just replaces you or the subject as a stick figure,” Sample explains.

Surveillance technology that doesn’t capture personal information sounds innovative and potentially very profitable, doesn’t it? Not enough. The sample indicates that established businesses are not as interested in PrivacyMic, suggesting that personally identifiable information is a valuable part of all data collected, bought and sold.

So what can we do about all this ongoing data collection?

Lee Tien is a senior attorney and Adams Chair in Internet Rights at the Electronic Frontier Foundation, and he doesn’t like this question.

“I think one of the things I like least about talking to journalists about the issue of privacy is that they always ask, ‘What advice do you have for individuals? What should people do to protect themselves? And honestly, there’s really not much you can do other than not, you know, commit,” Tien says.

“For example, I don’t use Facebook. It’s not clear to me that there is a secure way to do this if you want to protect your privacy.

There are of course privacy policies that we almost always accept without reading them. But, if we need to use certain technologies to function in society, are we really okay with this use of data? Do we really have a choice?

“People are online, they’re doing things, but they don’t know what the side effects are, how it comes together or what it actually does to the world.” —Lee Tien, Electronic Frontier Foundation

Tien says, “I mean, you know, agreeing is too strong a word, isn’t it? Accepting implies that people know what they are accepting,” explains Tien.

“I would say a lot of things are not a matter of agreement. It’s just kind of a question of what the path of least resistance is. It’s more like acceptance and kind of like hope that things won’t go wrong.

Tien became a philosopher about it all, paraphrasing a quote from French sociologist and philosopher Michel Foucault: “People know what they’re doing; often they know why they do what they do; but what they don’t know is what they do.

“I was struck by that because I think it’s so true,” Tien says. “People are online, they’re doing things, but they don’t know what the side effects are, how it comes together or what it actually does to the world.”

Basically, we don’t really know what we’re getting into. Companies make it difficult, if not impossible, to find out how your data is being used, and that’s the point.

Those who trade your likes, dislikes, and location want you to focus on the last shiny object, so you don’t realize they might get more out of your name and information than you do.

Tien says there are indications that governments are catching up on data and privacy, especially in the European Union.

Reliable, accurate, up to date.

WDET strives to make our journalism accessible to everyone. As a public media institution, we maintain our journalistic integrity through the independent support of readers like you. If you value WDET as a source of news, music, and conversation, please donate today.