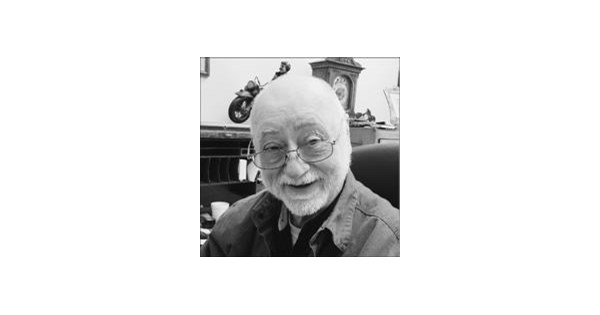 By Bernice D. Neal Last updated Nov 22, 2021
Share
FRIEDRICHS, Wayne Wayne Friedrichs of Acton, MA Wayne Lawrence Friedrichs, former CEO of Cortron Inc., Lowell, MA, and owner of other businesses in New England, passed away peacefully surrounded by loved ones on Friday, February 19, 2021, in his home in Acton, Massachusetts. He was 80 years old. He suffered for years from health problems and survived Covid, only to decide he was done with his life. He wanted and went out on his own terms. Wayne helped keep manufacturing viable in the Northeast, employing hundreds of people. After graduating as an electrical engineer from the University of Wisconsin, he married his high school girlfriend, Nancy Diederich. With an aptitude for sales engineering at Electric Regulator, he increased sales by a record number. He started Power Logic Engineering, Littleton, MA, and sold power motor control systems to companies like Gloucester Engineering and sold them, when one day the owners announced they were going to shut down one of their companies, Flex-Key, which operated on the second floor of their manufacturing plant. Flex-key was a pioneer of “conductive elastomeric switches” (aka “flat panel keyboards”) invented by Bill Suddith [formerly with NASA]. While they were on the verge of introducing breakthrough technology, they couldn’t justify maintaining it. Seeing an opportunity, Wayne offered to buy Flex-Key for “a dollar”. The owners agreed as long as he continued to pay the rent. Under Wayne’s leadership, the company has successfully introduced keyboards to many markets, including the military. The company eventually employed 20 to 30 people and was sold to Rogers Corp. in the mid-1980s, provided Wayne stayed out of the keyboard industry for 5 years. Wayne then embarked on various ventures including an attempt to rescue APT Corporation, Cambridge MA, which made high fidelity stereo amplifiers, designed by Tomlinson Holman, formerly of Advent. Many still consider it to be the best amplifier ever to be built. He’s helped hundreds of audiophiles run their beloved APT amplifiers, including sound engineers at the New York Philharmonic and Lucas Film. According to Audio Asylum Trader, “This amp started the dynamic margin war with all audio component manufacturers of this era. Plus, it was made in America !!” APT has captured around 30% of the premium audio market. Wayne bought Amkey and Cortron, makers of “full-travel” keyboards, and consolidated them into Cortron, Inc. Today, based in Lowell, Cortron Inc. is a leading manufacturer of rugged keyboards and others. machine interface devices. The company employs around 40 people and is now run by his son, Eric Friedrichs. Wayne also owned a silicone rubber molding business in Providence, a sheet metal business in New Hampshire, and a hardened IT business in Florida. Wayne was a “kind and fair expert, a consummate innovator and builder of mechanical products that moved the market forward,” as longtime employee Phil Bodoni of Gloucester told us. “When no product was available, Wayne would say, ‘It’s okay, we’ll just do it’. He valued loyalty and honesty and enabled this young man to interact with top executives in major industries. As one production line worker told us, “your dad always goes out and says hello … he talks to all of his employees and listens.” In 1982, Wayne married Nancy Lenicheck, who became his loving wife. Wayne served on Acton’s board of directors and established the town’s economic development committee. He has supported local charities / causes, some of his favorites: A Friend In Need, Iron Work Farm and the Household Goods Recycling Ministry (HGRM), which shares donated household items with those in need. Wayne’s barn was used as a HGRM “warehouse” at the start of the organization. Wayne had a knack for fixing things including old cars / houses, especially the antique Victorian that he and Nancy Lenicheck shared, on Windsor Avenue in West Acton Village. As an avid Harley biker, he was a member of several motorcycling organizations, including a “gang” of gentleman motorcyclists from New Jersey. The group traveled along the east coast, racing against each other, between stops for ice cream. He traveled across the country with his granddaughter, Alleah, and one of his best friends, Ted Wingate, each on his own motorbike. Wayne spent many days / nights with Ted in his New Hampshire engine shop discussing high performance racing engines and performance techniques. Wayne was in a tenpin bowling league in Lowell with the same group of serious but friendly bowling friends for over 40 years. People who love him see his passing as the end of an era. Wayne was one of the greatest people we know. He would remember people he had only met once and had not seen for 30 years. He genuinely cared about people, a rare thing in such a successful businessman. Wayne is survived by his beloved second wife Nancy Lenicheck, 6 children, 2 step-sons, 8 nieces and nephews, 8 grandchildren and 1 great-grandchild, as well as an adorable cat, named BabyGirl, who he misses him a lot. Please join us in celebrating Wayne’s life at West Acton Baptist Church at 1 p.m. on December 4, 2021.