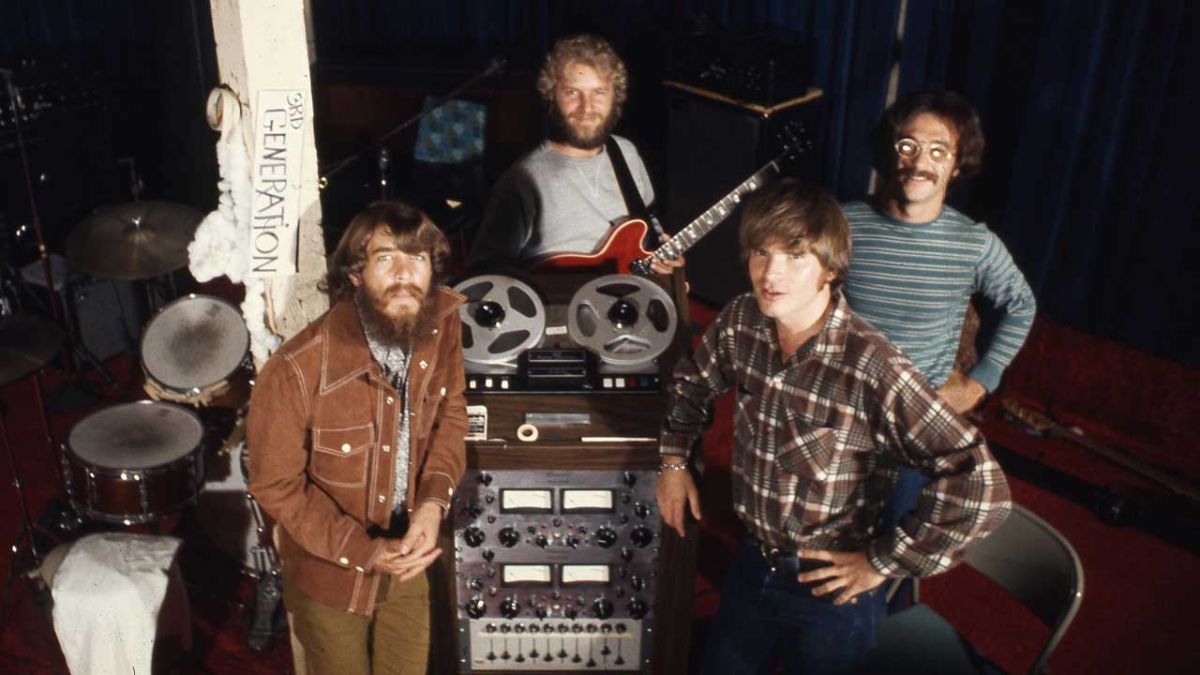 The video features footage of the band shot on the road in 1969 and 1970, and includes clips filmed on stage at the Royal Albert Hall in London and the Oakland Coliseum in California.

The video comes ahead of the Record Store Day release of a seven-inch single featuring travel band – recorded live at the Royal Albert Hall in April 1970 – accompanied by a live version of Who’ll Stop the Rain recorded at the Oakland Coliseum three months earlier.

This latter recording originally appeared on the 1980 live album The concert, first published under the title The Royal Albert Hall Concert after the original master tapes were mislabeled. The single is limited to 9,000 copies worldwide and will be available on the second release date of this year’s Record Store Day, June 18.

the travel band the video follows the news of an upcoming documentary concert film, Travelin’ Band: Creedence Clearwater Revival at the Royal Albert Hall. The documentary centers on footage shot for the BBC in 1970, both on location and at Pinewood Studios in London. Both shoots were to be part of a 30-minute UK television special that never aired.

The new film features full concert footage from the original show – much of which was previously available via unofficial DVD and video releases – including newly rediscovered 16mm film of the concert, as well as an interview and footage. live from the band which include the earliest known clips of Creedence performing.

The film was directed by Bob Smeaton, the filmmaker whose The Beatles Anthology and Hendrix: Band Of Gypsies, as well as several episodes of Classic albums TV series. It was narrated by actor Jeff Bridges.

“As a kid growing up in the UK in the late 60s, early 70s, Creedence were a band I only really knew from their hit singles,” says Smeaton. “Therefore making this film was an education for me, I got to see and hear why they are worthy of their status as one of the greatest bands of all time. I knew they were good, I never knew they were so good.”

” Which group ! I love listening to them, I love playing the Fogerty tunes,” Bridges adds. “These are definitely my favorites. Belief, yeah, man.

No date has been announced for the release of the documentary.