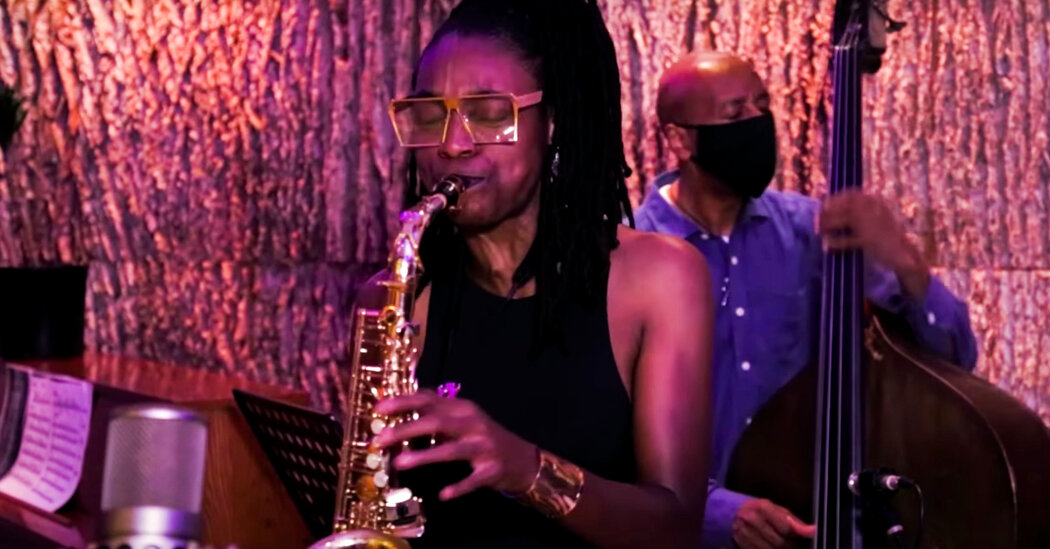 For improvising musicians in New York, the return of Winter Jazzfest to the stage this month might have brought a breath of near-normalcy — not to mention more than 100 jam-packed gigs — to a heavily beleaguered stage in the space of a little over a week. For audiences, it would have been a time to get back into the deep end: jumping everywhere, from clubs to theaters to makeshift stages, hearing how the creative winds of jazz have changed over the past two years.

It wasn’t in the cards. With the rise of the Omicron variant, the organizers presented the live portion of the festival and instead launched an impressive series of digital broadcasts that continue the event now. 18 years old mission: to take stock of the myriad of jazz news at the beginning of each calendar year. (There is talk of a possible summer edition of the festival; for the moment only one show has been announced, a Concert by Pino Palladino and Blake Mills July 30.)

In the end, more than 30 bands performed at digital events spread over nine nights, including four back-to-back “marathon” shows that came close to the headline live festival event. Rather than rolling out to venues in Lower Manhattan, the festival featured 20-minute recordings that artists had independently captured at studios and venues all over New York — and beyond.

The marathon sets exposed a false assumption that live winter jazz festivals tend to encourage: that it’s all a reflection of the New York scene. Musicians who would otherwise have traveled to New York to perform have instead sent high-quality video of their location: clarinetist Oran Etkin in São Paulo, pianist Nduduzo Makhathini in Johannesburg, trumpeter Amir ElSaffar during a retired to Sarasota, Florida.

There were constant technical quirks in the intros and transitions between sets, but the performances themselves were the high quality part, as you would hope. The festival, which booked women and men as conductors in roughly equal numbers, also included a series of three-day panels on gender politics and coalition-building in jazz, under the banner This is a move. (These Zoom chats were not immediately archived publicly; if they become available, the January 16 conversation on community matters was particularly insightful.)

Here are five performance highlights you can still stream from Winter Jazzfest 2022, which wrapped up this weekend.

With her playful and earnest slogan “Make Jazz Trill Again,” Melanie Charles has set herself a tough job: treating jazz, a genre of black music with a particularly harsh history of white exploitation, as redeemable. So she first has to define what gender means to her – something we know she’s done, from her love affair with Betty Carter’s classic ‘Jazz (Ain’t Nothing But Soul)’. , which she remixed on her latest album, “Y ‘Not All (Really) Care About Black Women.” Her choice of accomplices is equally significant: her brother, up-and-coming young alto saxophonist Rogerst Charles; bassist Jonathan Michel, who, like Charles, is a Haitian American from New York; keyboardist Axel Tosca Lagarde; and drummer Savannah Harris. Melanie Charles’ music can be heavy with rapid changes in dynamics and volume; it feels like an extension of his background as a beatsmith and remixer, and it allowed him to cover a lot of ground in 25 minutes of music (filmed in a HighBreed music recording room that had been lit and draped in textiles by designer Laura Fernandez). the set ended at a time when the groove has almost had time to fully sink in: on Charles’ original “The Dilemma,” where she sings over a soulful ’80s groove, “We be dimmin’ our light/But we still shine brilliant.”

Naive. Hyper-powerful. Concentrated. Changing. Tirelessly. Angel Bat Dawid, the festival’s artist-in-residence, gave an epic of a performance, two hours of futuristic gospel and in-the-circle catharsis with the Cosmic Mythological Ensemble, a large band she regularly convenes in Chicago. Rough and without temperament, he had the stuff of worship: ritual and repertoire and a mass of voices in collective movement. Connect to institutions such as Sun Ra Arkestra, Horace Tapscott’s Union of Musicians of God and Amiri Baraka Spirit House Movers, Dawid aims for an aesthetic of black creative gathering that was mostly left on the floor somewhere in the 1970s. She started the set, in the Co-Prosperity Sphere room (a welcoming home for her, but not ideal for record a performance like this), with a slow spirit-calling procession, full of shaking drumming and chanting. What followed included a wide range of improvised and loosely orchestrated music for over a dozen musicians; readings from Baraka, Robert Farris Thompson, and 100-year-old reports of Southern lynchings; and bursts of energetic dancing.

Not every marathon performance – even some successful ones – raised the energy level in the recording studio so much that you could really feel it in your bedroom. Without a live audience, in the studio, it was difficult. But alto saxophonist Lakecia Benjamin had no trouble. At the head of a passionate quartet that has spanned generations – Zaccai Curtis on piano (upright), Lonnie Plaxico on bass and EJ Strickland on drums – she played her music recently published tribute to the holy family of jazz, Alice and John Coltrane, drawing on the foundations of the blues and the effusive power of his up-tempo swing “Liberia”, and playing an offbeat, hip-hop-infused version of “Syeeda’s Song Flute “.

On the porch of a beachfront artists’ retreat in Sarasota, Amir ElSaffar – a multi-instrumentalist who brings jazz and other experimental methods into dialogue with the maqam modes of Arabic music – played trumpet in an echo laced microphone, facing the gulf. He attuned himself to the distant horizon ahead of him, letting his array of analog synths build an increasingly cohesive beat, and occasionally sang along.

The last night of the festival began with the words of Mahogany L. Browne, a poet with a musical and triumphant style, who read a poem proposing “a system of beliefs having its water for minister”, and calling the body of each being its own “country of water”. She was followed by Samara Joy, a young singer with a deep alto as rich as cream – at different times Sarah Vaughan and Nina Simone come to mind – and a devotion, at least for now, to a sound cool jazz classic. The evening’s highlight set was the only wordless one, featuring drummer and beatmaker Makaya McCraven and a team of longtime collaborators – Marquis Hill on trumpet, Matt Gold on guitar and Junius Paul on bass – playing grooves of his last album. On the LP, “Deciphering the Message,” the band sneaks in samples they pulled from Blue Note Records’ classic catalog. At the festival, the band performed their additions without the backbone samples; it was a completely different experience from the record – a reminder of what we were missing on stage, if not really a substitute.