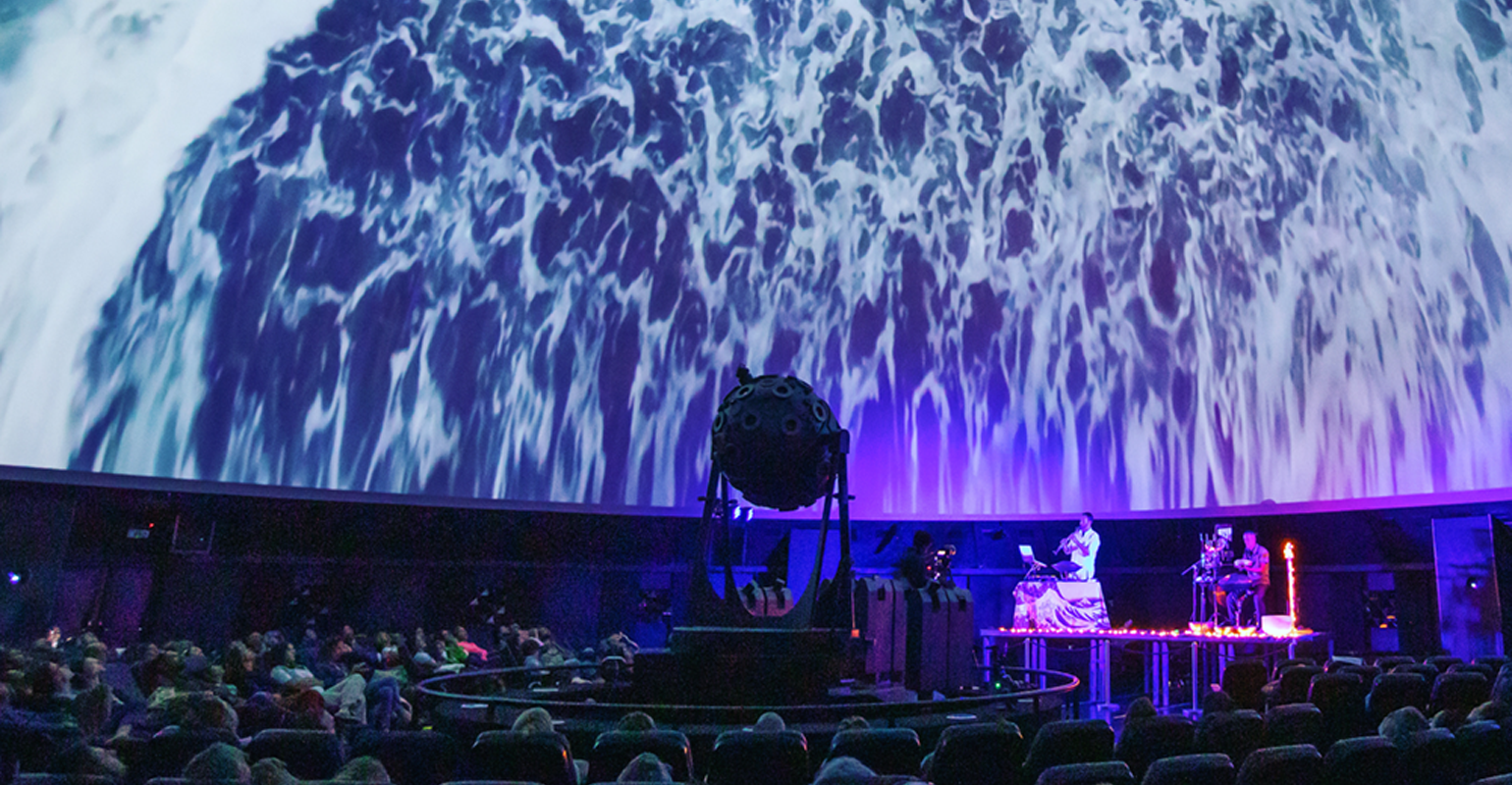 Virtual Underwater Journey reveals the beauty and decline of the ocean

Environmentalist and musician Joshua Sam Miller grew up scuba diving around the world with his family. He recalls his father comparing the experience to what it might be like to float free in space, an analogy Miller tied to – it still resonates with him today, at 36.

“I was totally at peace underwater, and the experience of feeling that stayed with me. I wanted to bring people a direct connection to those same feelings. As a musician, I saw that the best way to do so was through sound,” he says.

Thus, Sounds of the Ocean was born in 2019, which began as a music/sound-only concert tour across multiple continents, intended to connect people to life underwater through an immersive experience – essentially scuba diving. -virtual navy. The performance has since evolved to include a multi-sensory mix of sound and imagery created to deepen the experience.

As Miller guides the audience through the depths of the ocean, he plays wind instruments, accompanied by underwater recordings of what he calls his musical partners, whales and dolphins, along with crashing waves and other ocean sounds in the background.

He hopes that when participants return to the surface, they will have a new appreciation for the ocean and the creatures that live there. But the goal is to do more than take people on a peaceful journey and introduce them to the beauty of nature along the way. The experience comes with a clear but gently presented message and call to action.

The message: the health of the ocean is deteriorating, hit hard by a deluge of plastics and other pollution pouring into it, impacting the animals that live there, whose numbers are dwindling and who play a vital role in protecting of the marine ecosystem.

“In my travels to the coastal waters of the Pacific, Atlantic and Indian Oceans, I have seen plastic pollution, the deterioration of coral reefs due to land-based activities and fishing nets floating in the sea. Some of the dive sites I visited as a kid aren’t as vibrant or accessible anymore due to our impact,” says Miller.

His prompted call to action: We can help change this destructive course and begin to restore these natural resources.

“Through music, we believe to provide a space where people can relax and feel good. This will allow them to care more about issues such as ocean pollution; reduce the single-use plastic we throw into the sea and find ways to stop it,” he says.

It showcases to the public the work of non-governmental organizations (NGOs) with which it partners, which raise awareness of ocean pollution and work to clean it up. A portion of the proceeds from concert ticket sales, as well as from the ocean-themed downloadable albums that Miller has released, go directly to these NGOs, primarily Oceanic Global.

Sounds of the Ocean is expanding, both in geographic reach and format, to reach more people and in different ways. The creative team also added content for more impact.

The shows now incorporate footage from filmmakers and visual artists around the world to include a mix of live action footage, smooth animations and moving oil paintings. Sometimes surprising and less beautiful images are woven.

The massive bottom of an invading ship dominates the screen in one segment, along with floating microplastic waste as whales glide, moving under and or around physical intrusions.

“We want people feel what it’s like to be underwater and experience what whales experience when these ships pass, and when they encounter microplastics that are found in almost everything we can think of, including the inside these beloved whales and dolphins, the food we eat, and on our beaches. It’s a felt experience to help people understand the impact,” says Miller.

“He showed me recordings taken in an offshore lab 4,000 feet underwater of different species of whales and other ocean sounds, and it blew my mind. It’s literally a giant underwater amphitheater in Monterey Bay Canyon, and the acoustics are excellent.

It was then that I realized the potential to bring visceral experiences to people, where they could listen without having to travel the world themselves.”

Miller and his production team are working to expand the project beyond live performances with several pre-recorded formats: a FullDome film for large-format theaters and an immersive 360-degree art installation with content projected onto walls and floors in open galleries. By this fall, people will also be able to listen and watch at home by downloading a virtual reality version.

Miller has taken the message elsewhere by performing live at international conferences, including COP26 in Glasgow, Scotland (the 26th UN Climate Change Conference) in 2021. More recently, he performed at the United Nations Ocean Conference in Portugal and moderated a panel discussion presented by several NGOs before the concert as an introduction to the theme of the ocean and well-being.

Oceanic Global, which does community education and awareness around ocean health, has also showcased Miller’s work at events, most recently presenting a recorded performance on World Oceans Day at HQ. United Nations.

“One of the key ways Oceanic Global engages individuals and communities is by tapping into universal passions, such as the arts and music, to integrate key educational messages and calls to action,” says Lea d ‘Auriol, Founder and Executive Director, Mondial Oceanique.
“Sounds of the Ocean’s beautiful, multi-sensory experience deeply connects guests to the elements of water and ocean, which is so important because people protect what they love,” she says.

Most of the recorded instruments are soft percussion, mostly from the ocean, like Conches. Miller amplifies an AAfrican water drum with a hydrophone, intended to soothe and allow people to feel the music all around them.

He plays the clarinet as his own creative expression to take people along on the journey, but he also sees it as a joyful way to converse with mammals.

“I try create a bridge between marine life and human life, and supporting whales and dolphins as lead singers. I listen to them and respond with the clarinet, so the audience hears us all together as a cohesive experience,” Miller says.

Participants are guided through different depths of the sea, starting near the surface, where they hear an ocean drum intended to mimic the sound of waves on the surface. As they descend, they hear Tibetan sounds, like crystal bowls and deep, grounded gongs. On their way back come more superficial musical tones like in the beginning.
Miller’s running partner and now fiancée, Elise Lein, dances at the end to greet people and prepare them to leave the venue.

“The audience entered the journey from the surface of the ocean to its depth – and also deep within themselves in a meditative experience. By bringing a moving body onto this stage, we are telling an intimate and bring participants back into our world in a very gentle but strong way,” she says.

His intention is to get people to wake up, reflect and reconnect with their everyday world.

“What I personally loved was the return of a guest who said to me, ‘It was like a mother tenderly telling you to wake up before the alarm clock goes off.'”

Miller is also pleased with what he hears and observes from others, especially moved by the realization that people from everywhere and from different walks of life consider the health of the ocean a priority.

“The ocean unites us all in a neutral way. It is non-denominational. It’s just the sea, and people all over the world care about protecting it.

The performances carry that same spirit of unity, he assumes.

“Music has been building community since the dawn of time, and I believe it will continue to break down barriers and build bridges between cultures, governments, religions and ethnicities, overcoming challenges, cultivating hope and to foster a better understanding of this shared blue planet we call home.

Versatility in a tiny size