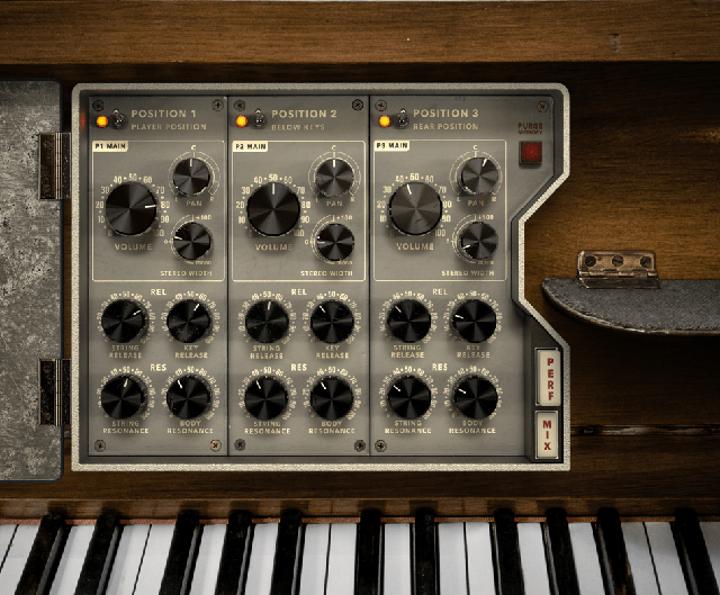 KeyPleezer announced the release of LivingRoom Upright Piano Complete Edition, for KONTAKT. That’s what they have to say about it…

LivingRoom Upright Piano is a library of characterful upright pianos for the Kontakt sampler that embodies the essence of a natural-sounding piano as it is when played for a few months after tuning. Instead of a perfectly tuned grand piano or an out of tune honky-tonk, this piano is an alternative that recreates an organic sounding analog piano with dissonances here and there. A versatile all-around piano with realistic sound, useful in everything from classical, rock, Latin, pop to hip-hop and EDM.

The original piano is a vintage upright grand from a local piano maker in southern Sweden, which has been tuned to approximately 98% perfection for realistic, natural piano sound. It was sampled in 3 close stereo microphone positions. The first in “player position”, the second under the keyboard and the third behind the piano. The sound is the driest sound one can produce and embodies the closest and most intimate sound of the piano.

All internal components and behaviors of the original piano were captured by hyper-sampling the acoustic components of the piano. String damping, mechanical key release sounds, pedal sounds and behavior, string and piano body resonances have been captured multiple times to provide nuanced and realistic sound and fully recreate the original instrument. ‘origin.

The LivingRoom upright piano aims to be an alternative to pianos that sound purer and more perfect, without being out of order or broken down. It is suitable for a wide range of contemporary genres as well as classical music and can be extensively adjusted using any or a mixture of the 3 recorded microphone positions combined with sampled acoustic layers and effects, adjustable in the instrument’s mixer page.

The 3 close microphone positions give you a wider range of options in stereo imaging and sound tone/response. While the top position, the player position, gives a fairly close image of the sound in front of you when you’re sitting down and playing, the second position has been registered below the keys and results in a brighter nuance and less stereo width. The close third position was recorded at the back of the piano body, at the openings in the back and the sound is noticeably warmer and less bright.