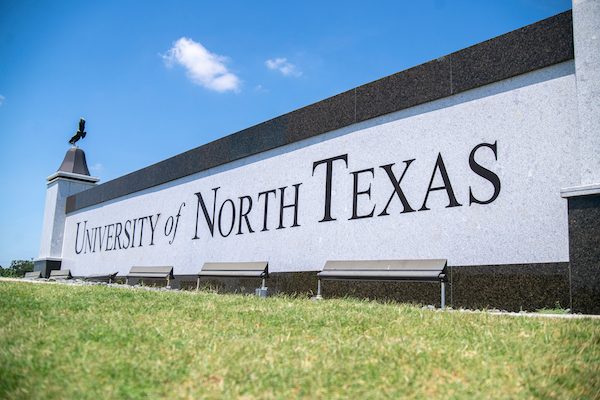 The Student Government Association at the University of North Texas has passed a resolution to allocate funds to students based on their views. (College University / Shutterstock.com)

The University of North Texas student government has passed a resolution that questions its commitment to allocating funds to students on a gender-neutral basis — and it’s not the only student government to have evaded its first-mover obligations. amendment by doing so.

On April 13, the UNT Student Government Association unanimously passed the resolution, which lists the ways “UNT’s trans community feels threatened, unsafe, and harassed.” The resolution follows a controversial appearance on campus by Jeffrey Younger, Republican legislative candidate. Younger’s appearance at the event, titled “Criminalizing child transitionsended 40 minutes before the scheduled time after protesters made so much noise that Younger could not be heard.

the resolution states: “Any UNT student organization that engages in harassment, discrimination, hate crime, and/or violation of UNT policy through transphobic postings, statements, and actions will be immediately suspended to protect the mental, emotional and physical health of transgender students at UNT.”

The SGA’s resolution goes too far in a public institution bound by the First Amendment.

The resolution does not include a mechanism to enforce the SGA, but instead calls on the university to suspend any group that engages in such talk.

Students are free to speak out against the Younger event or its arguments. But the SGA’s resolution goes too far in a public institution bound by the First Amendment.

The resolution is also troubling because the SGA has the authority to “grant funds to students for conferences or programs, promote the programs of other student organizations, and organize University-wide events.” At the very least, the resolution suggests that the SGA could take a perspective-based approach to evaluating student group funding.

The SGA responds to students who report feeling unsafe on campus. But such a response must not — and, at a public university like UNT, cannot — violate the First Amendment rights of other students or student groups on campus. The resolution threatens to do just that by chilling the speech of student groups, particularly political student groups, who could face repercussions for speech that could be construed as transphobic. (To be clear, if a student’s conduct targeting an LGBTQ student meets the threshold of discriminatory harassment as identified by the Supreme Court in the 1999 decision Davis v. Monroe County Board of Educationit would be legally be subject to disciplinary action.)

Although there is no current enforcement mechanism in the resolution, the call for the suspension is explicit and a copy of the resolution has been sent to the UNT leadership. The passing of the resolution also suggests that the SGA may soon change tack when it comes to approving funding for new student organizations by evaluating them on a point of view basis. If so, that wouldn’t be the only one.

Elsewhere, the George Washington University student senate past a resolution earlier this week calling on the university to suspend the campus chapter of the Young America’s Foundation after a series of social media posts about trans issues. And in November, the Wichita State Student Government reported he wanted to delegate to other branches of the university his power to recognize student groups after the Supreme Court of the Student Government Association overturned the student senate’s decision to deny official recognition to a campus chapter from Turning Point USA. Last August, the California Institute of Technology graduate student government implemented new funding guidelines, requiring that funding for visiting lecturers be determined based on the university’s “values ​​of diversity, equity and inclusion”. In recent years, there have also been several examples of student Governments deny recognition to clubs based on the views of the clubs.

These actions cool the students’ speech. If resolutions were simply limited to damn the discourse of the groups in question, this would be an example of “more discourse”. But whenever that speech is accompanied by a call to suspend, suspend or silence a group, it crosses the line of censorship.

The solution is for student government associations to tackle this problem at its source by adopting explicitly neutral criteria for evaluating and funding student groups. FIRE has created a model policy for allocating tuition regardless of views.

Additionally, resolutions should avoid punitive measures such as suspension or de-recognition. After all, many ideologically diverse student groups mean a vibrant discourse on campus. Student governments are encouraged to criticize student groups. But they should be aware that when they go beyond simple criticism, their actions carry implicit – and sometimes explicit – threats against the groups of students they supervise.

We urge the UNT Student Government Association to reject the unfortunate and emerging trend we have seen on campuses across the country and reconsider its request to the university to suspend student groups based on protected speech. by the Constitution.