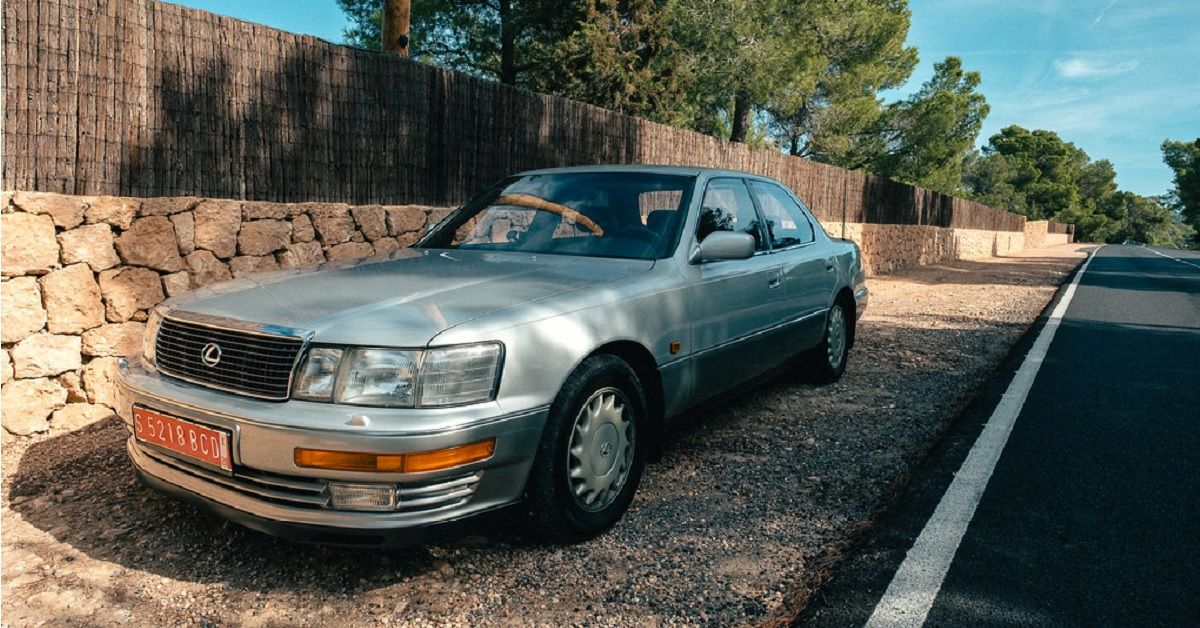 Revealed to the world in 1989, there was no doubt that the ingenious Lexus LS400 was a crisp luxury limousine that stunned the auto industry, although it would be more fitting to call it a luxury sedan. Founded by Toyota’s luxury division, the Lexus was an over-designed marvel setting new standards in comfort, refinement and reliability.

Prior to its inception, the luxury sedan industry was dominated by Mercedes, BMW and Jaguar. Indeed, the production of major Japanese car manufacturers never appeared to be a real threat. However, that all changed in 1989 with the introduction of this revolutionary Lexus. Remarkably, the car appeared out of nowhere and took the United States by storm, entering the luxury market sector with sleek dealerships.

Not only was the LS400 technically advanced and lavishly appointed, it also delivered legendary Toyota reliability and longevity. Indeed, the four-liter V8 under the hood worked like a Swiss watch and redefined the concept of smoothness. Plus, Toyota has shown unequivocally just how serious it is to tackle the automotive industry’s premier league with the Lexus brand. The first iteration of the luxury brand was set to lock the horns with offers from Munich and Stuttgart. In addition, the elegant LS400 marked the foundation of a luxury brand that has become a worldwide success.

Reportedly, 450 prototypes were used during the development phase with 2.7 million kilometers of testing under various conditions. In addition, development costs for the LS400 amounted to $ 1 billion. “The relentless pursuit of perfection” has, indeed, been the philosophy of Lexus and cannot be more exemplified than the LS400.

Used prices for the LS400 are currently on an upward trajectory, although the LS400 can still be purchased for less than the value of its German rivals. However, blank examples of earlier cars are becoming quite rare.

The Lexus LS400 is, without a doubt, one of the automotive greats!

In the United States, the Lexus brand has risen to the rank of market leader in the luxury category and has definitely changed the perception of Japanese cars. In addition, the LS400 presented long-term quality and maintenance-free powertrain in a prestigious package. Many enthusiasts will claim that the LS400’s V8 is one of the best eight cylinders ever made.

Without a doubt, the silky four-liter V8 engine (1UZ-FE for Lexus enthusiasts) under the hood was the star of the show. Additionally, the LS400 was capable of a 0-60 mph time of 8.5 seconds. The V8 produced 250 hp and 260 lb-ft of torque driving the rear wheels mated to a bullet-proof four-speed automatic transmission.

In addition, the engine was incredibly smooth with almost total silence, thanks to the hydraulic-pneumatic engine mounts which eliminated vibration and noise. Reports suggest some LS400 owners have driven a million miles! Weighing just over 3,924 lbs, the luxury sedan handled perfectly on the road and was excellent for long-haul cruising, with a top speed of 155mph achieved effortlessly. Without a doubt, the Lexus was quieter and more competitively priced than a Mercedes S-Class.

Toyota’s vision was to make the LS400 flawless and durable. Indeed, he had succeeded.

It is true that the Lexus LS400 was ahead of its time in terms of technical innovation and advanced equipment. The standard features were extensive and too many to list.

However, Lexus was the first to introduce smart touches such as the automatic tilt and telescoping steering wheel with SRS airbag and memory adjustment, adjustable seat belts and the electrochromic rearview mirror.

In addition, one of the distinguishing features of the LS400 was the group of gauges which exhibited a holographic visual effect, never seen before.

In addition, the woodwork was finished by piano maker Yamaha and the luxury sedan incorporated a superb Nakamichi sound system. While the interior layout and finish were excellent, some criticized the dashboard as bland compared to its European rivals. However, the Lexus’ meticulous attention to detail was apparent. For example, the dashboard layout incorporated fluid damping switches for that extra smoothness.

Interestingly, the Lexus LS400 was marketed in Japan as the Toyota Celsior, which continued under that name until 2006. The LS400’s conservative styling was not exciting despite being exceptionally well built, thanks to advanced production methods. According to reports, the LS400 was the first car to use laser welding in its construction.

Without a doubt, Toyota’s engineering has been exemplary in all aspects of LS400 production.

According to classic.com, used examples of an LS400 can range between £ 2,000 and $ 27,000 depending on mileage and condition. Now is the time to seize this example from automotive history before it is too late!

The hybrid version of the new Toyota Tundra is more impressive than you might think.

Asus ROG Zephyrus S17 is a class above the rest