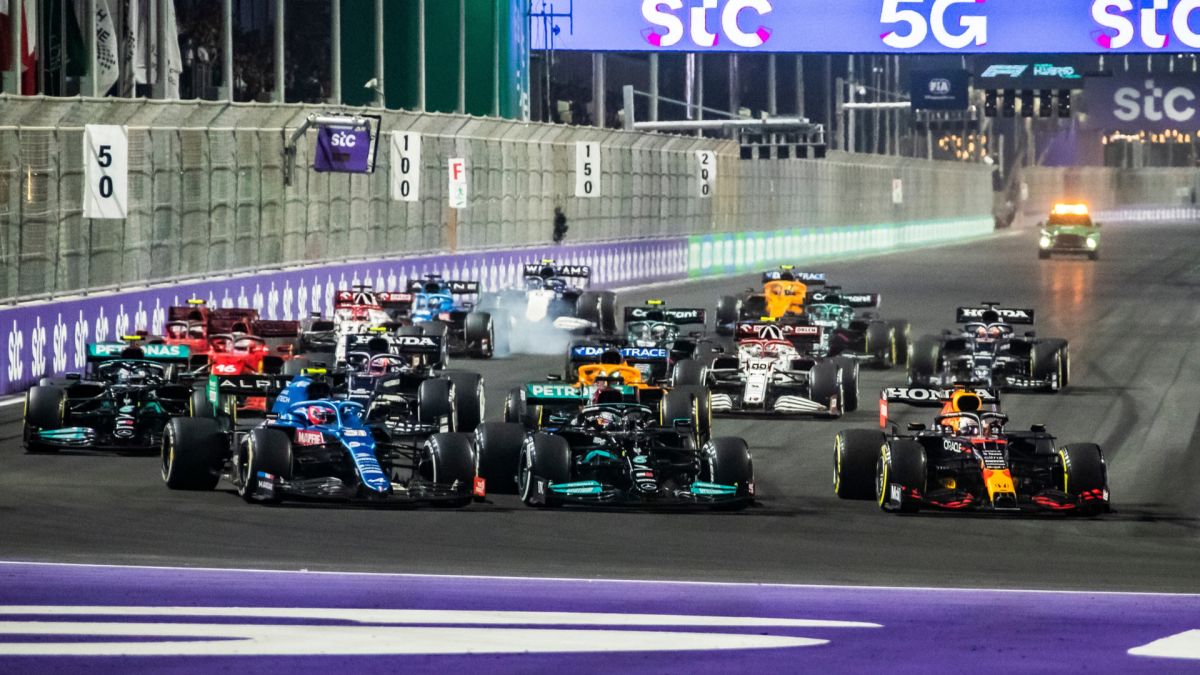 Formula 1 prides itself on its reputation as the most technologically advanced sport in the world. But it’s a title that applies just as well outside the context of cars, to the technology behind race broadcasts too.

Unlike most live sporting events, which are filmed in relatively controlled conditions from just a few angles, a single Formula 1 broadcast relies on over 100 different camera feeds.

Adding to the complexity are the array of audio channels – trackside, commentators and each driver and pit wall – and graphic overlays that display track position and various other data points that help fans to digest the action.

The brilliance of a Formula 1 show is that the viewer never has to think about technology. But behind the scenes is an operation of immense complexity, each part of which is essential to maintain this illusion of ease.

At the British Grand Prix earlier this year, Tech Radar Pro spoke to Dhaval Ponda, Vice President of Media and Entertainment at Tata Communications, the official connectivity partner of Formula 1. The company is responsible for the fiber optic plumbing that carries racing footage from the track to the production center to the television screen in milliseconds.

During a multi-year partnership that dates back to 2012, Tata has presided over a transformation in the way F1 is consumed. At the start of the relationship, high-definition (HD) broadcasts were new and the network had a data rate of just 100 Mbps, but now every race is broadcast live in 4K to more than 180 territories around the world.

In the coming decade, Tata predicts that F1 fans will benefit from another transformation of a similar magnitude.

One of the first projects to materialize when Tata’s partnership with Formula 1 resumed earlier this year, after a hiatus at the height of the pandemic, was a major overhaul of the broadcast model.

Previously, the media and technology center where all video and audio streams were ingested, assembled and integrated into a complete product traveled with Formula 1 around the world, wherever the race took place.

Although the system worked reasonably well, it required two full sets of equipment; when one was actively used on the track, the other went to the next grand prix on the calendar.

Second, the volume of equipment that had to be shipped back and forth was huge, adding significantly to the carbon footprint of a sport whose environmental impact is already under scrutiny.

With these challenges in mind, Formula 1 has commissioned Tata to facilitate the move to a remote broadcast model, in which much of the production work is offloaded to a permanent UK-based site, while a significantly reduced configuration moves between races.

During the 2021 season, Tata conducted trials at four grands prix to ensure the technology could stand the test. This year, the broadcasting system has been deployed on a large scale.

“The move to a remote operations center – where live feeds from over 20 sites around the world must be managed in a low latency environment, so that production can take place in real time in London – involved a level of complexity that typically might have taken three years to resolve,” Ponda said. “But it was executed in three to four months.”

“It required a significant ability to deliver on a technological level, but we needed to demonstrate a level of consistency that meant we would be able to deliver week in and week out, whether the event was in Australia, Canada or elsewhere.”

In a sport like Formula 1, dead air is unacceptable. And with the production team based thousands of miles from the furthest races, there’s no room for error, explained Ponda.

Not only must redundancy be built into the network itself (Tata runs two isolated 10Gb fiber optic cables on each route, in case of failure), but the team in the field must also operate with military precision.

The next step for F1

Beyond managing the shift to a remote broadcast approach, Tata is also focusing on the next wave of innovation. As a principle, the company tries to provide more than 15 proofs of concept each quarter, to all of its customers.

“We are constantly looking at the kinds of issues that could arise in two or three years for the world of sports broadcasting,” Ponda explained. “Innovation is one of the most important aspects [of our customer relationships].”

A few years ago it was all about what it would take to enable low latency 4K streaming and live video processing in the cloud. On the next horizon, Ponda told us, is 8K video and HDR.

A number of technical challenges stand in the way in terms of hardware, networking, storage and software. Chief among them, Ponda told us, is the need to move workflows that traditionally depended on legacy hardware and satellite solutions to the new cloud-centric world.

However, if the recent tests undertaken by the English Premier League (opens in a new tab) and rugby union (opens in a new tab) offers no indication, the first 8K HDR Formula 1 broadcast won’t be too far off, bringing with it a richer color palette and even greater level of detail.

Separately, Tata and F1 are keenly aware of the changes in the way content is consumed. The immense popularity of TikTok and the rise of short-form video, and developments in the extended reality (XR) space related to metaverse ambitions, are both on the radar.

“The most important aspect driving these changes is the quality of experience for the end user. Daily video consumption has seen a significant increase during the pandemic and the task for sports federations and broadcasters is to meet this demand,” Ponda said.

“The [Tata-F1 partnership’s] The biggest contribution is that people have better quality content to consume, in higher volumes. Ultimately, a better experience is what will drive both the engagement and emotional attachment to the sport that brings hundreds of thousands to the track.

Leary celebrates his birthday with a record day