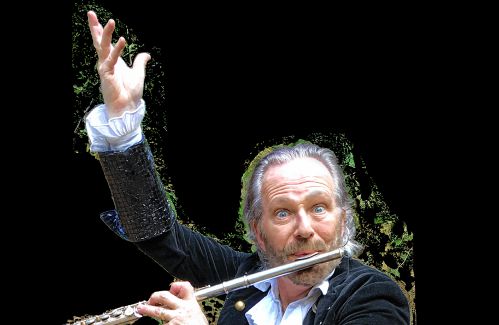 Like many music fans growing up in the 1970s, local musician Chris Devine was a fan of British progressive rock band Jethro Tull. Combining English folk sounds with rock riffs and blues and classical influences, Jethro Tull, led by flautist Ian Anderson, had a totally unique sound. In their heyday, Jethro Tull sold millions of albums and sold out world tours. The group’s success can be attributed to Anderson, who apart from being a talented musician and songwriter, was a dynamic showman known for taking to the stage wearing tights and a cod while playing the flute in his unique style. as he hopped on one foot.

Today, songs like “Aqualung” and “Locomotive Breath” are played on classic rock radio, but Tull’s popularity hasn’t endured like other ’70s bands like Led Zeppelin and Pink Floyd. But Devine is about to do his part to correct this situation and bring Jethro Tull’s music back to center stage.

Sunderland resident Devine recently formed a Jethro Tull tribute band called Minstrels in the Gallery (named after the 1975 Tull album), and they will make their debut at the Hawks and Reed Performing Arts Center in Greenfield on Friday the 3rd June at 8 p.m. John Cantalini, virtuoso acoustic and electric guitarist and singer from the Springfield area, will open the show.

Multi-instrumentalist and talented composer, Devine is well known on the local music scene. Some of you may remember him for his work as Dr. Devine on the rock comedy The Bobby Darling Show, or his longtime partnership with Greenfield guitarist and banjoist Michael Nix in the duo Devine- Nix and the Pioneer Consort. Devine has also recently worked with Celtic harpist and composer Rosemary Caine.

Devine has also performed as a classical violinist and violist in orchestras, quartets and recitals. At the same time, he played in various rock bands, including touring the world in 2000-2002 as a featured soloist in Richie Blackmore’s band Blackmore’s Night.

Devine also has a long history of working as an actor, most notably in Greenfield Community College’s recent theater production of “The Elephant Man.”

Clearly Chris Devine is busy with a variety of projects, so why would he want to form a Jethro Tull tribute band at this point?

“It’s something I’ve been shooting for a while,” he said in a recent phone interview. “The bassist, Bill Nolan, and I had a prog rock band in the mid-80s and as part of that we did a pretty extended set of Jethro Tull. I recently reconnected with Bill and we started talking about starting over.

The conversation turned to action when Nolan said he was willing to travel from his home base of Quincy in western Massachusetts to be part of such a group.

“I realized I won’t be in better shape in three years, so if I have to do it, let’s do it now,” Devine said.

Devine was lucky enough to find a group of musicians who he thought were talented enough (and crazy enough) to join him in this ambitious project of playing the music of Jethro Tull.

The material they will play is inspired by Tull’s most popular period, 1968-1976, and will feature the songs that were considered hits – songs such as ‘Bungle in the Jungle’, ‘Skating Away”, and more. The band will also tackle a 12-minute segment of material from the band’s classic-inspired concept album “Thick as a Brick,” which was essentially a song split across two sides of an LP.

Jethro Tull’s music isn’t your run-of-the-mill bunch of classic rock songs – and not at all easy to play.

“Some of them are really simple and some of them are quite complicated, and the sophistication and the writing is what drew me in,” Devine said. “Even as a teenager, when I wasn’t as musically sophisticated, I could tell there was a lot going on there.”

These musicians are currently working hard to learn this material which begs the question: is there a future for the Minstrels at the Gallery?

“I hope to keep it together,” Devine said of minstrelsy. “There’s a whole industry of tribute bands and agencies that specialize in those bands, so I might contact any of those agencies. There’s a plethora of Pink Floyd bands and Led Zeppelin bands, and not a lot of Tull The difference with this group, compared to the others, is that Jethro Tull still exists.

Devine pointed out that Anderson, who previously dueted with local astronaut Cady Coleman while on the International Space Station in 2011, is still touring with Jethro Tull and recently released an album called “The Zealot Embarrassed”.

Richie Blackmore once arranged for Devine to meet Anderson after a show, but at the last minute it didn’t work out. However, Devine has had the chance to exchange a few friendly emails with Anderson although he’s not sure what the Jethro Tull frontman would think of a tribute band and hopes it’s something he would support.

The day before our conversation, Devine and the band had finished a long rehearsal and he came away feeling like the band was nailing the material. He said he enjoyed playing this music which he loved in his youth and which influenced his formative years as a musician. He and the band are looking forward to playing this show and bringing this music to old fans and hopefully some listeners new to Jethro Tull.

“This music definitely leans on a certain demographic, shall we say,” Devine said. “There are a lot of kids grooving on Led Zeppelin who don’t even know who Jethro Tull is. I definitely have kids coming to the show and I hope to be a bit of an ambassador for this great music.

Advance tickets are available at hawksandreed.com or at the door.

Christine Ohlman, known to many as the Beehive Queen, and her band Rebel Montez return to the historic 1794 Meetinghouse in New Salem on Saturday, June 4 at 7:30 p.m. to kick off their 2022 season. Ohlman, who was a member of the band Saturday Night Live , has been rocking the room at the 1794 Meetinghouse for many years now. This show kicks off a full musical season that will include 15 events from June to September 2022, from roots rock to archguitar, classical to folk and with standards from jazz, bluegrass, gospel, old-time, country and more in between. . The full program and tickets are available at 1794meetinghouse.org.

Country fans rejoice. We don’t see a lot of country music shows here in the Valley and the folks at Shea Presents want to change that. On Friday, June 3, they will host award-winning country singer Annie Brobst on stage at the Shea Theater Arts Center in Turners Falls at 8 p.m. , Country Artists of the Year and Song of the Year winner. Pretty impressive. Her influences include Miranda Lambert, Ashley McBride and Jason Isbell. Opening will be Greenfield’s Rosie Porter, who performs country classics alongside some of her own tunes. Tickets at sheatheater.org. or at the door.

Sheryl Hunter is a freelance writer who resides in Easthampton. His work has appeared in various regional and national publications. She can be reached at [email protected].