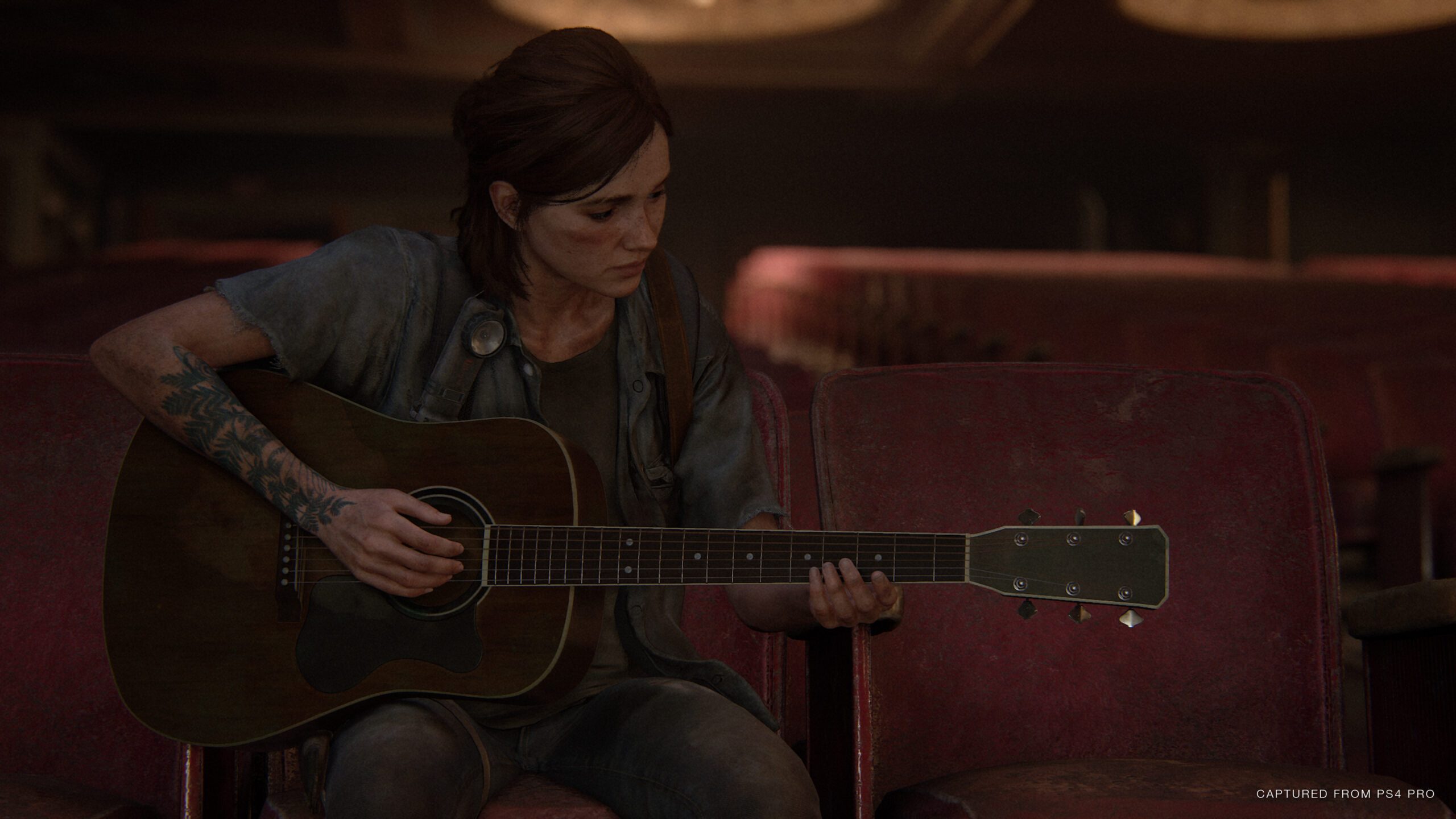 The Last of Us Part II interactive guitar fine-tuning – PlayStation.Blog

Music has always been the cornerstone of Naughty Dog titles, but with The Last of Us: Part II we knew we wanted to take it a step further and put music directly into the hands of players.

The idea was first born from a narrative angle: between our first internal pitch and our first external trailer, the guitar has always been at the center of the story. And as designers, we wanted to make the guitar playable right off the bat, so the player would feel that connection between Joel and Ellie.

However, the world of The Last of Us is grounded and dark. A flashy guitar mini-game wouldn’t match the tone of our post-apocalyptic environment. Additionally, Ellie playing guitar shouldn’t be about showing off your skills or fulfilling your dreams of becoming a rock star, but rather remembering a loved one and expressing yourself through music to connect with him.

So we felt early on that we had to avoid rhythm games. While these experiences were extremely fun, our tone was better suited to introspection and expression, rather than riffs, combos, etc.

But what are our alternatives? How could we create a playable guitar that matches our expressive and melancholy sound? We started to take inspiration not only from existing games, but also from music creation apps – tools for people to create their own music. Note in particular the music applications for smartphones, whose touchscreen interfaces have allowed us to use the DualShock 4 touchpad.

Fortunately, one of the first cutscenes captured for the game was Ashley Johnson (Ellie) singing Aha’s “Take on Me”. So even at the beginning we had a benchmark to use as an objective for the mini-game. With this goal, we wondered what part of the song the player should play before moving on to the cutscene? Should we try to superimpose Ashley’s vocals on the player playing during the transition? With hindsight, how much freedom do we give the player before considering this a failure? We have seen that a good way to distinguish success from failure is to follow the progress of the chords but leave the choice of strings to the player. This allows the player to determine more musical expression – including things like tempo, time signature, and style – while still keeping the song recognizable.

Once this “Take On Me” prototype turned out to be solid, we started to consider the rest of the game and the other songs we needed. We knew that Pearl Jam’s “Future Days” would be crucial to understand, but there were ideas for other songs as well. Knowing that we would need more chord wheels anyway, we started to wonder… how many chords would we need to cover a potential song that we might want to include down the line?

This was the origin of our Free Play (Practice) mode. This mode was not our original intention, but rather an idea that emerged from expanding the system to multiple songs. Once we started descending the Free Play rabbit hole, we were able to delve even further into our player expression goals. Our goal was to arrange the chord wheels in such a way that they are intuitive for players with musical knowledge, but also allow novices to always sound great even when they are strumming randomly with a wheel.

Then came the time to do it! In classic Naughty Dog fashion, many departments have done tons of work in order to make this guitar mini-game really sing. There was the mocap data of our great actors; our amazing animation team adjusting finger position and scratching gestures; our stellar sound and music teams record different guitars and get hundreds of individual notes; our fantastic top-notch department that made guitars with rotating pegs, vibrating strings and unique finishes; our QA kick-butt to catch a lot of hairy edge cases; other designers carefully design spaces and locations for these moments; and of course our indispensable UI team who helped us create the chord wheels and visual feedback to help guide players through the process.

Our hope was that this mini-game would work on two levels. First, the narrative rhythms would have emotional weight and the players would resonate (eh ?) with our characters and with their connections through these songs. Second, our particular hope was that Practice Mode would lead to original content; that players would start picking up songs beyond those included in the game. Once the game launched, we were thrilled to see exactly that! Within days, clips started appearing on social media of players covering, singing, or even making original music on the in-game guitar. The Naughty Dog team sent in a ton of in-house videos of our favorite renditions. , so a big thumbs up to everyone who did something like this! You have no idea how special it was to see.

If you want a more in-depth look at this guitar system, check out our GDC talk if you want to learn more. And play!

The Last of Us Part II is available with the Playstation now library until Monday, January 3, 2022.

RESCON commends recognition of Speech from the Throne Housing, Immigration