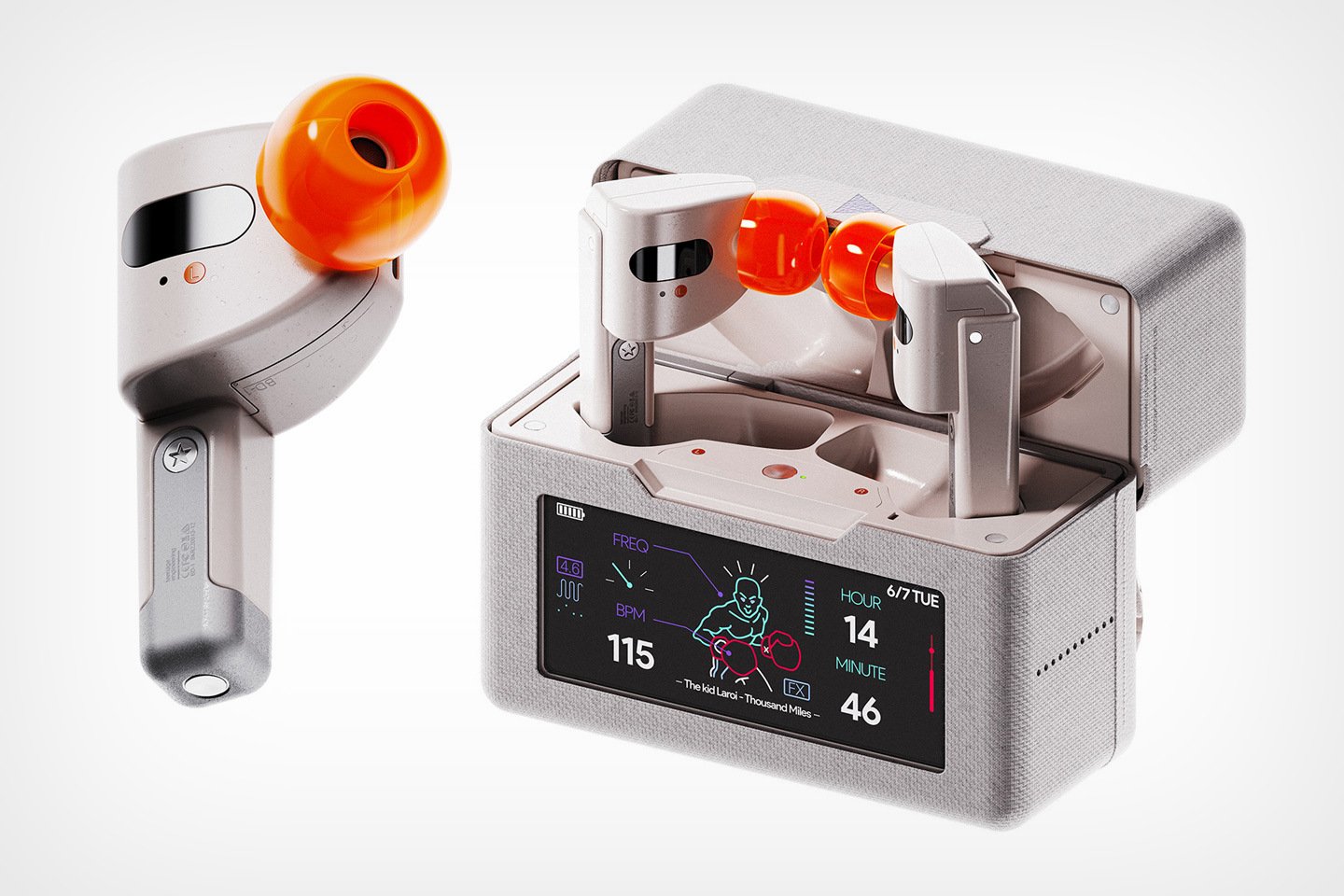 It might look a bit strange at first glance, but it perfectly captures the design language of Teenage Engineering – Nerdy + Nordic. Meet the BD-1, a concept pair of TWS headphones inspired by the company’s OP-1 synthesizer. The OP-1 synth became a pop culture design icon when it was used in Swedish House Mafia’s debut music video, One. It sported a form factor that was both sleek and fun, retro yet new and mostly uncluttered without being boring. The BD-1 follows similar design elements in being relatively square, white, and uses colored end caps that match the colors used on the OP-1 synth. The best part? The earphone case comes with a small AMOLED display that mimics that of the OP-1, displaying visualizations that react to the music you’re listening to! 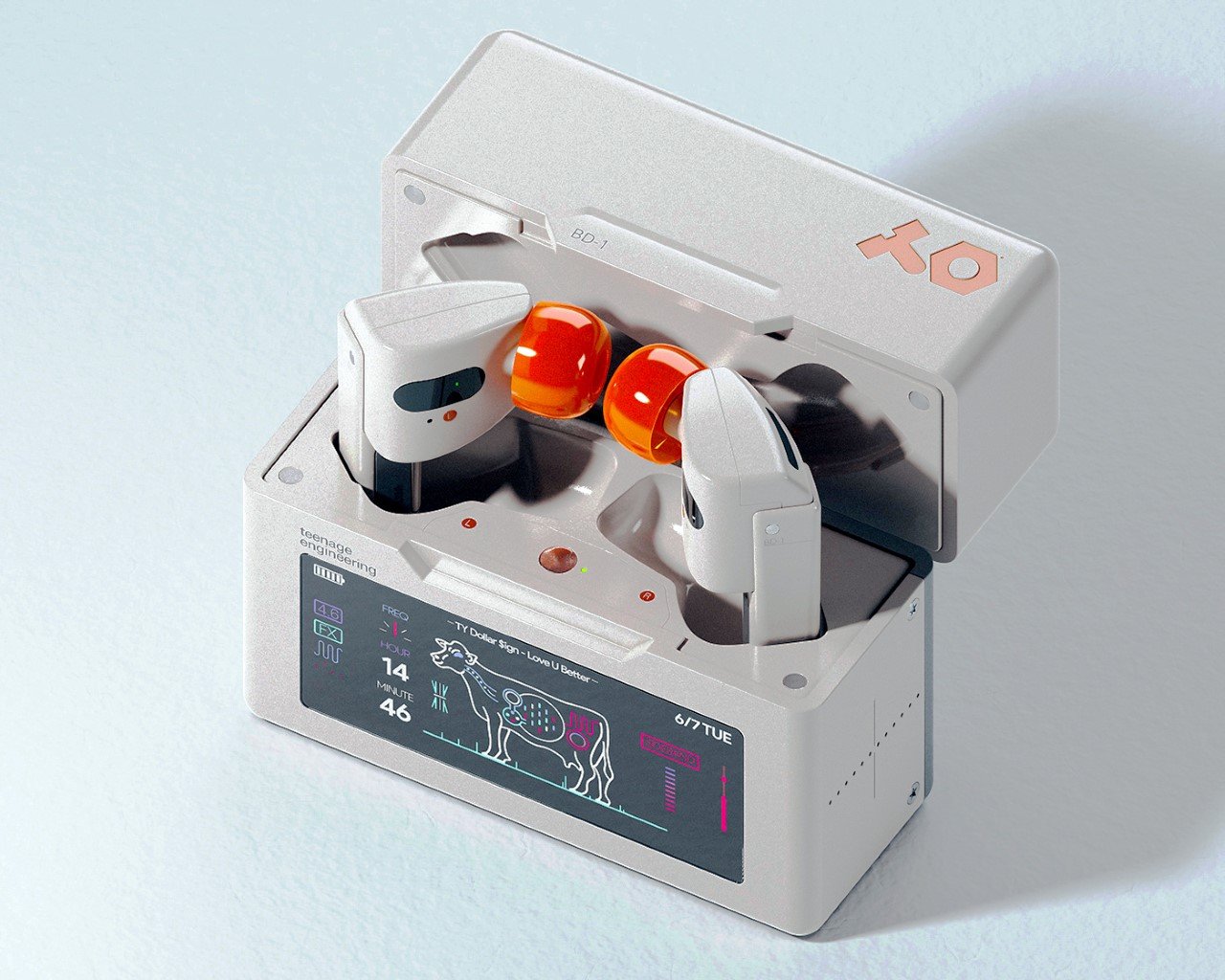 The BD-1 is not your average pair of headphones. They’re designed to look different, feel different, and be different. Designed for audiophiles and people who appreciate cheesy audio gear, the BD-1 comes with a screen on the front that shows sports visualizations, shows the name of the audio track you’re listening to, and even gives you stats on the battery (along with a window date, just for good measure). 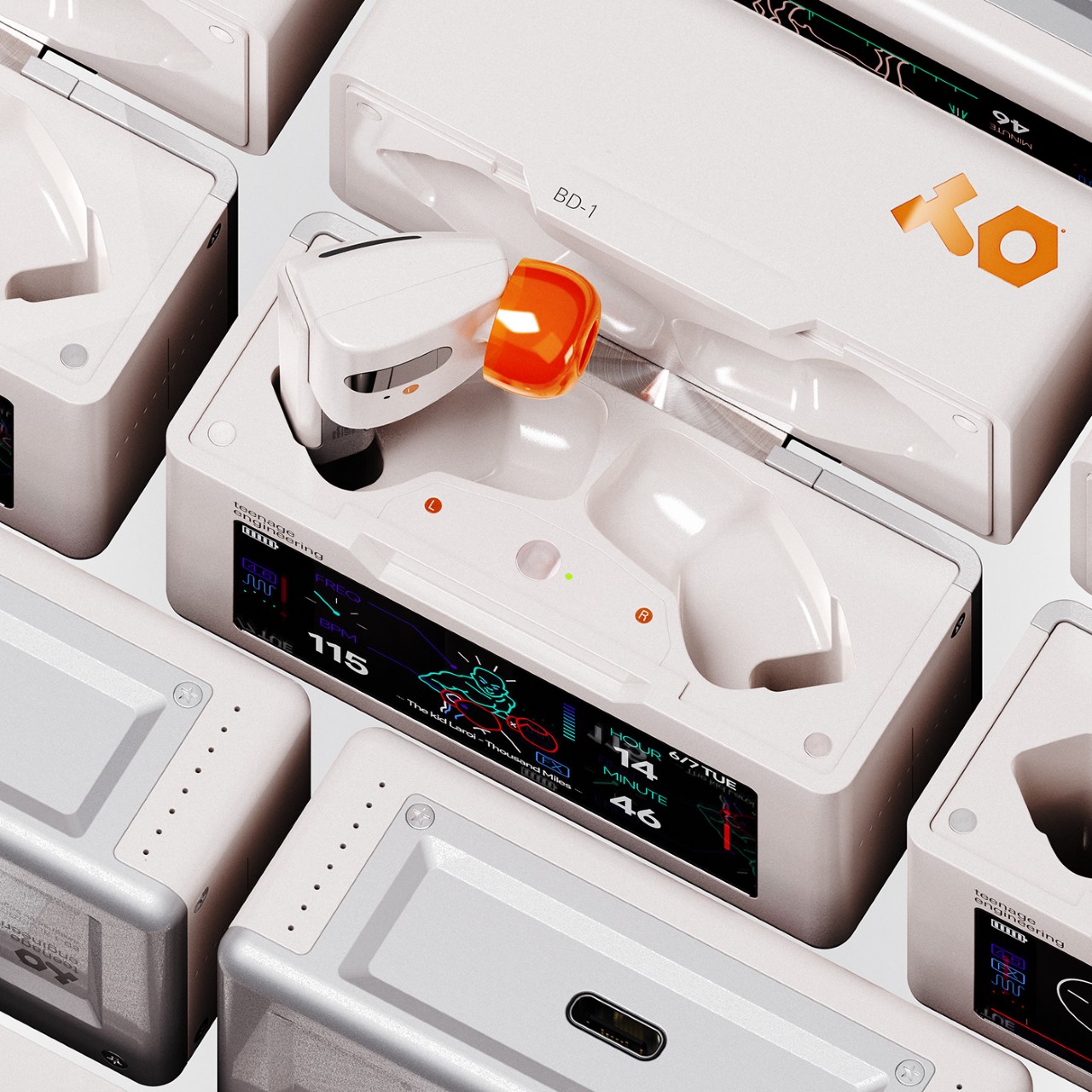 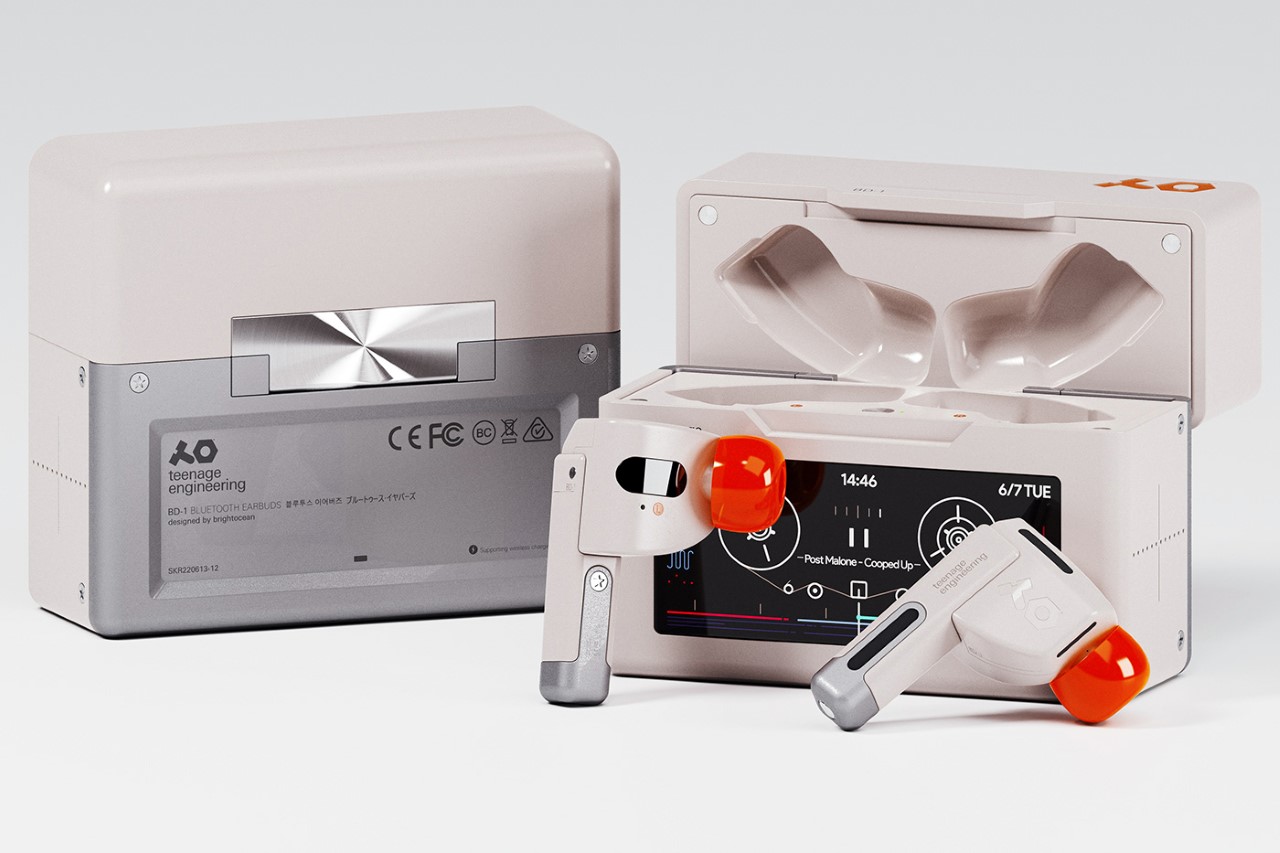 The headphones sit in the clunky case, with an oddly appealing Star Wars sci-fi design (I guess we’re looking at the cutting edge nerd). The headphones and case both use a combination of white plastic and metal to evoke that comfortable yet refreshing aesthetic, and the colorful tips provide just the right touch of dynamism to the design. 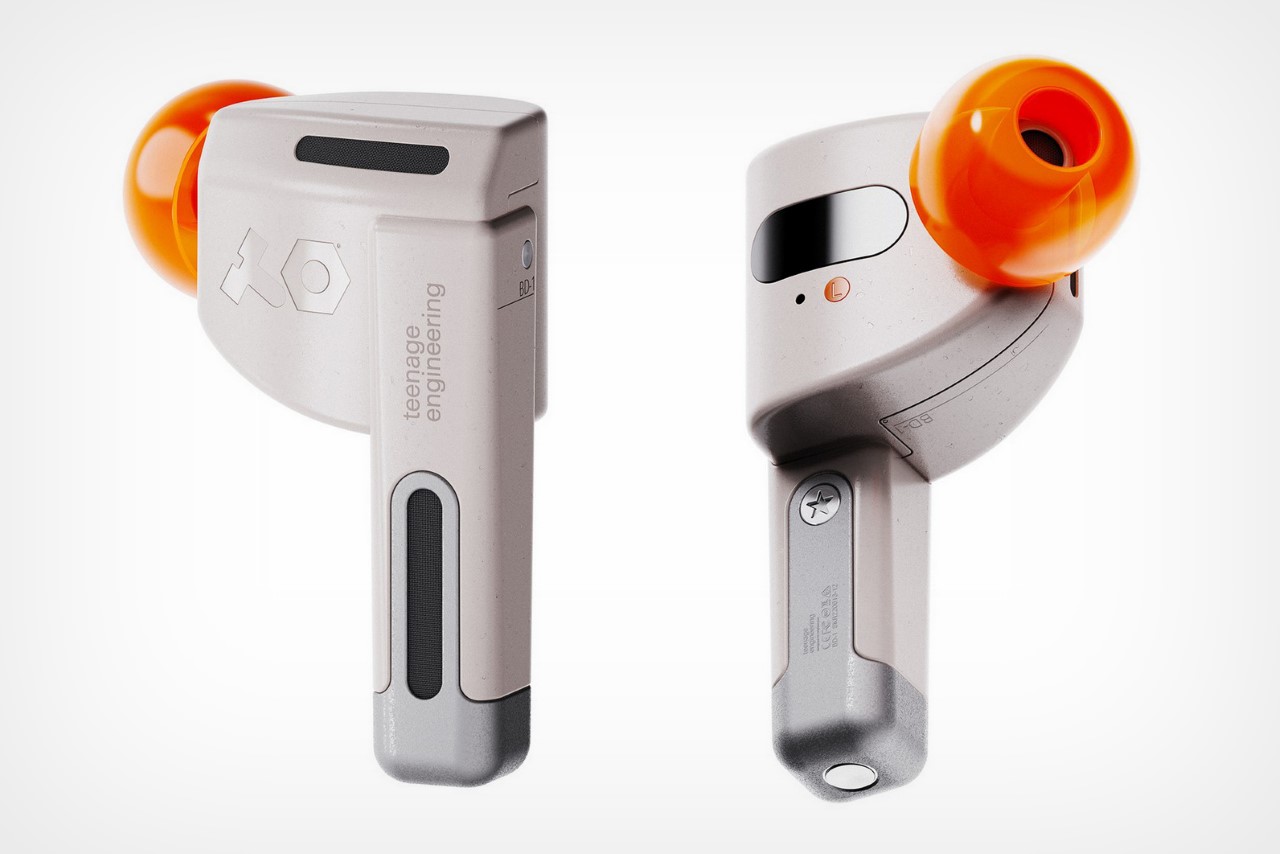 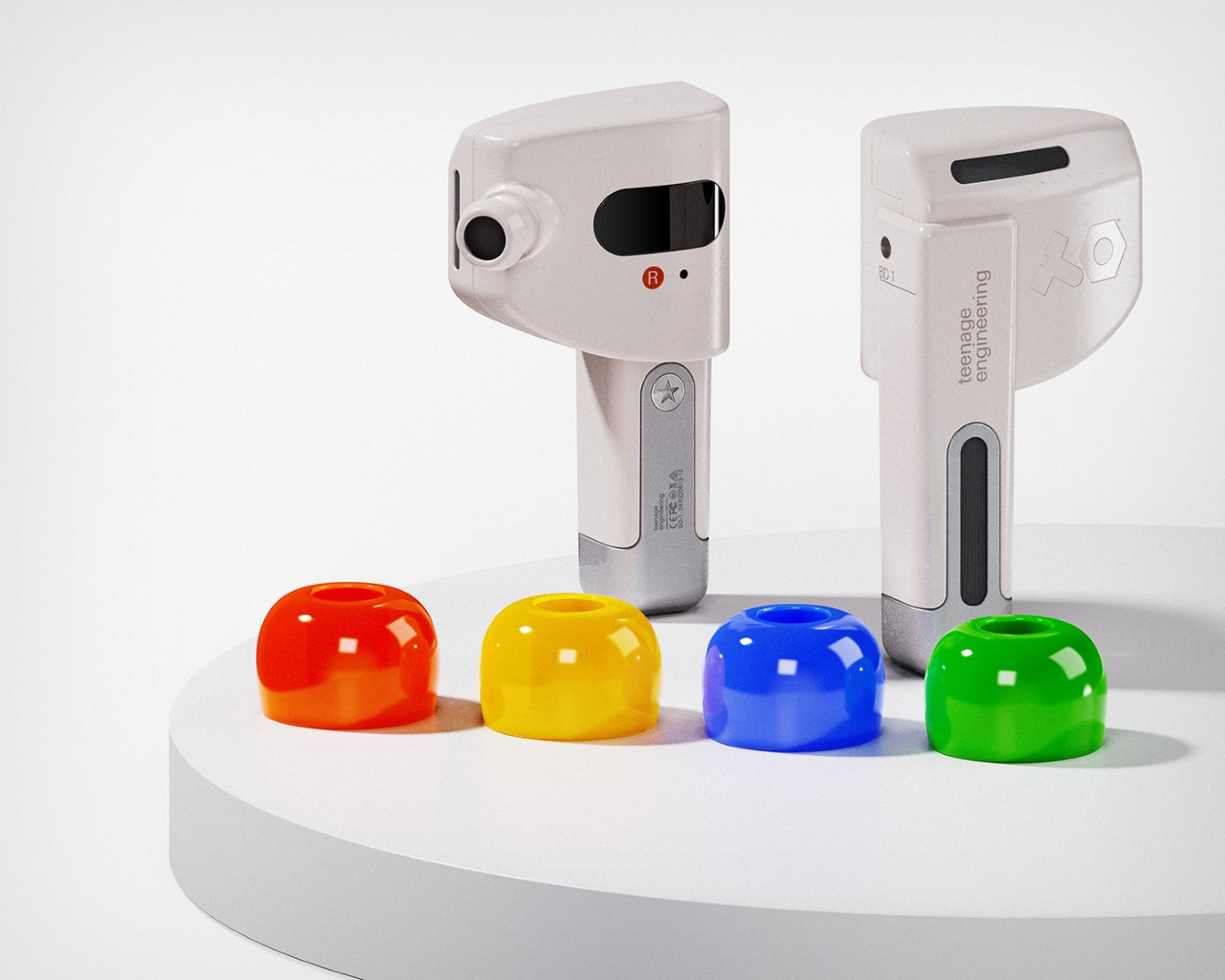 Much like the OP-1 synth, the BD-1 uses red, yellow, blue, and green color accents to stand out. In this case, the accents show in the tips as well as in the USB-C charging cable of the BD-1. Each BD-1 comes with its own charging cable (which is more than I can say for most smartphones these days). The cables even come with a partial wrap as a hat tip to the coiled wires used by most musicians and sound engineers. 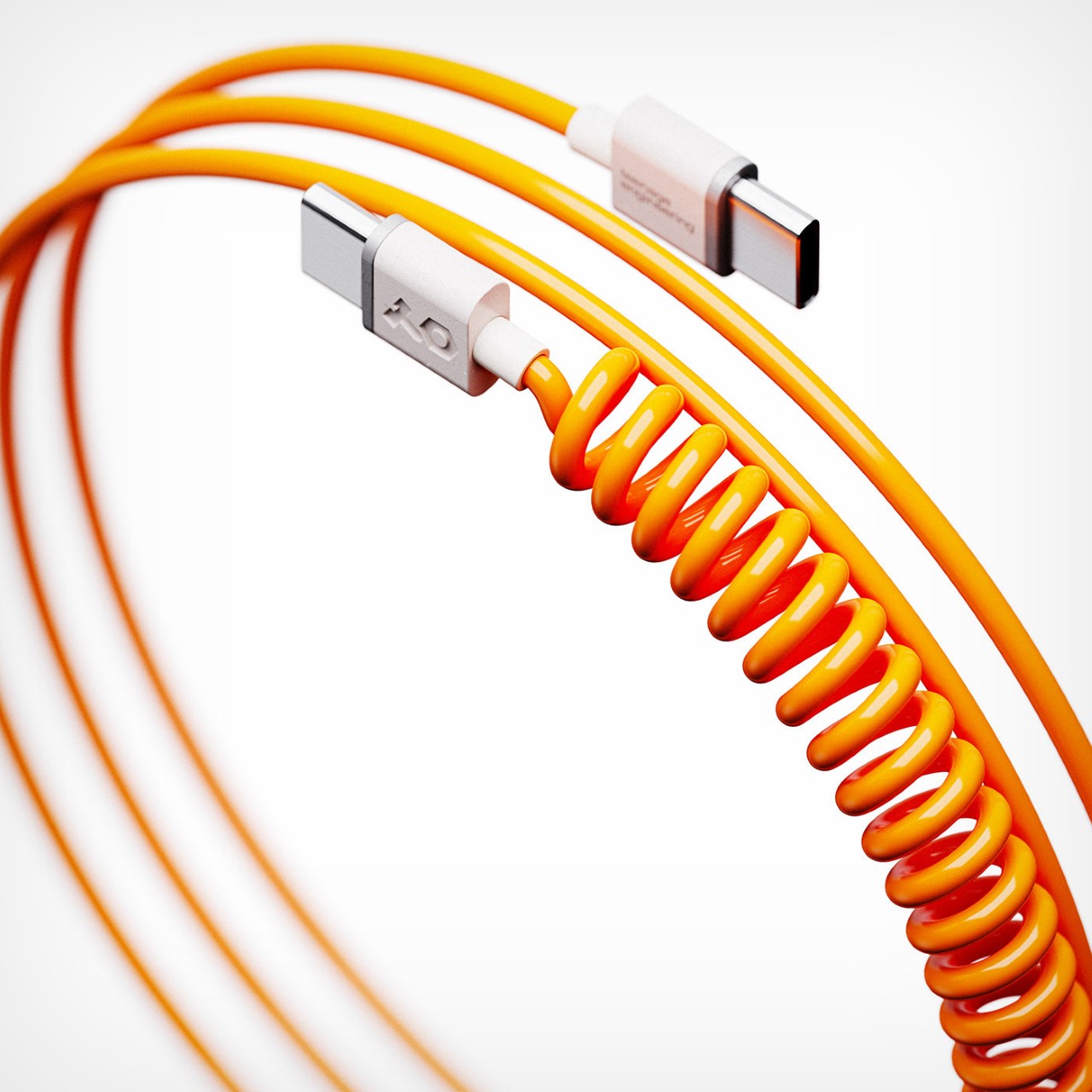 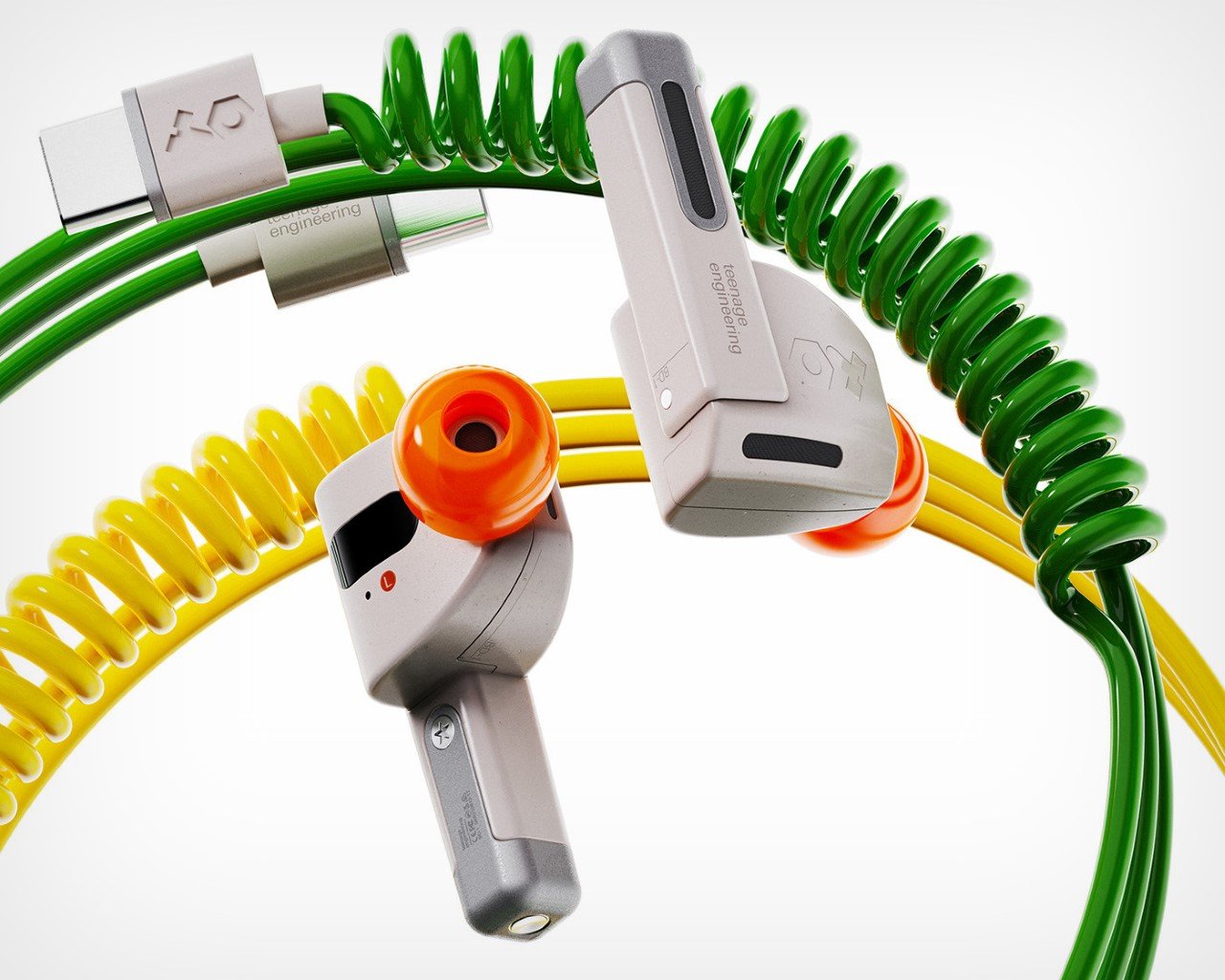 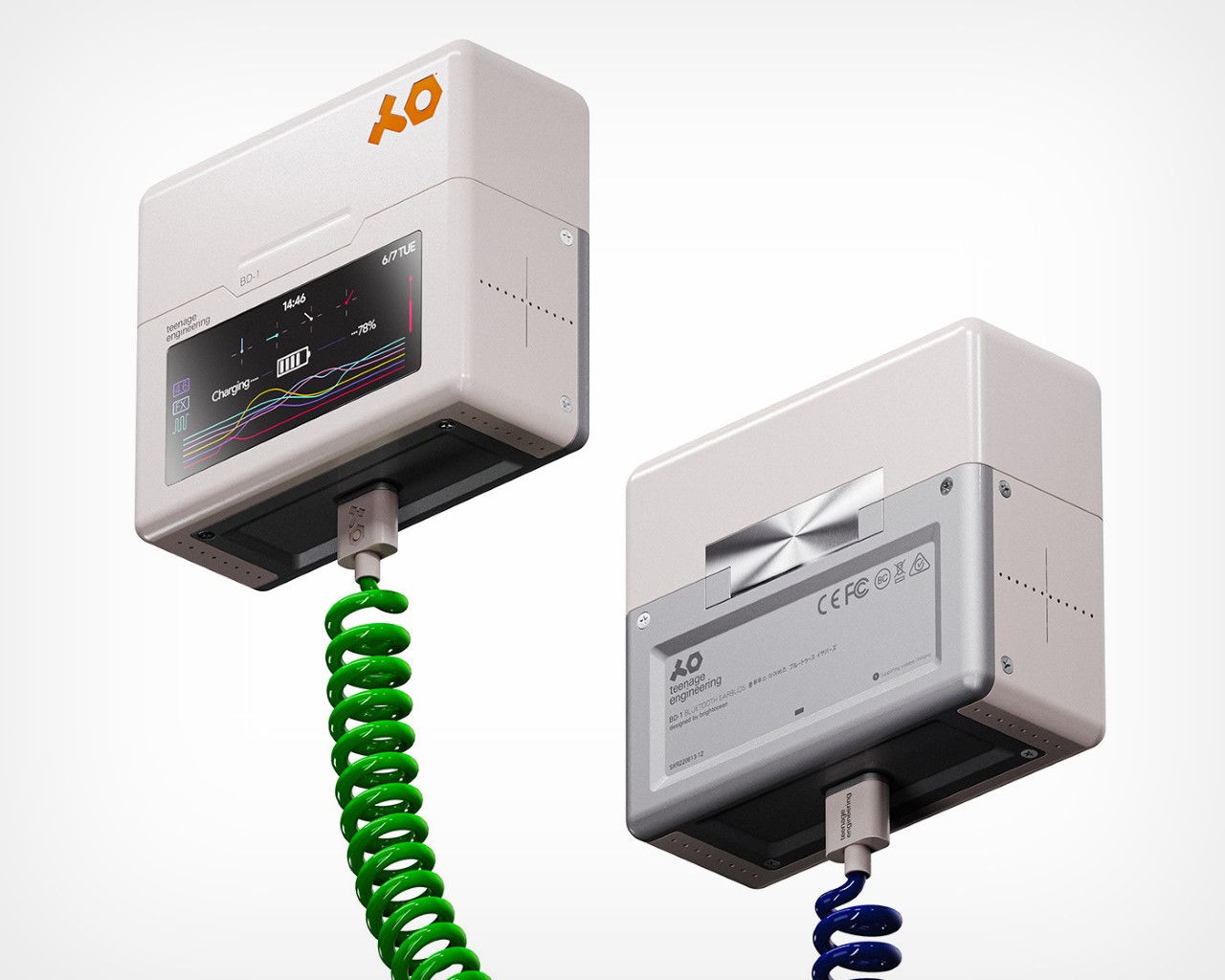 Although Teenage Engineering hasn’t released TWS earbuds (yet), the audio tech company has partnered with Nothing on the design of the earbuds (1). However, these headphones were arguably designed with the Nothing brand language in mind, with an emphasis on transparency. The BD-1 TWS headphones aren’t transparent, but they’re shamelessly Teenage Engineering. They’re fashion-forward, compact, fun, functional, and unlike anything you’ve seen before. It’s a shame these are conceptual, though. Personally, I would really like to see headphones with AMOLED screens built into their charging cases! 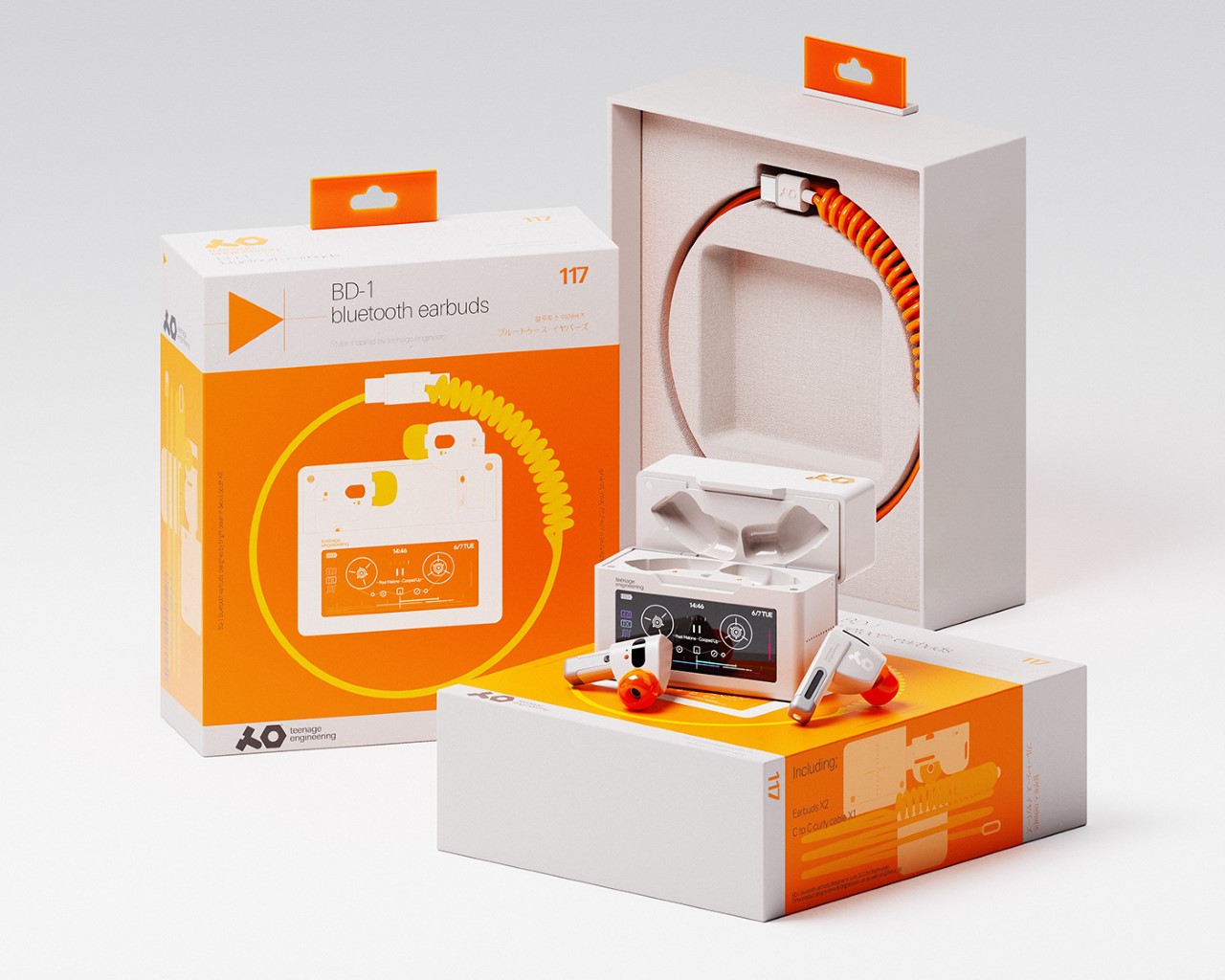 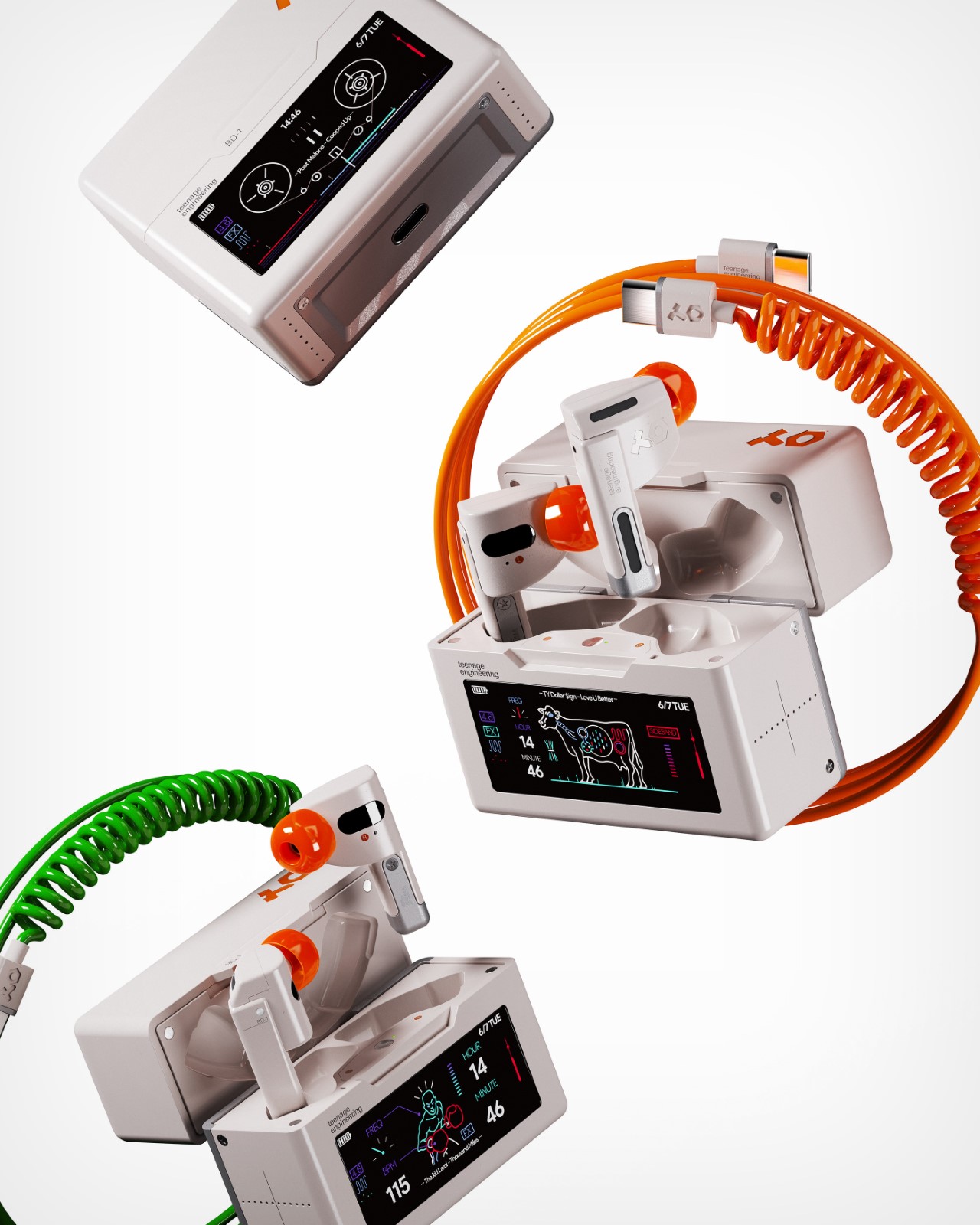