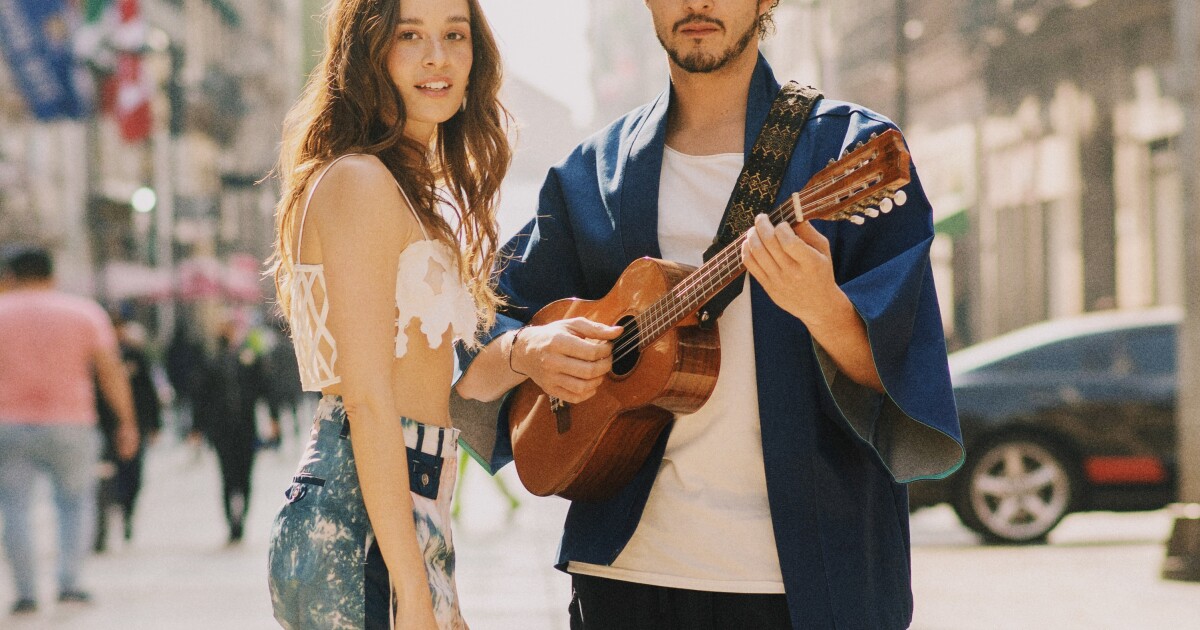 It has become the sound behind a popular dance trend that includes foot tapping and arm swinging. Families, couples, and even pets do.

WLRN is there for you, even when life is unpredictable. Our reporters continue to work hard to keep you informed in South Florida. Thank you for supporting this vital work. Become a WLRN member today. Thanks.

The song was released in 2015 – only to explode on social media six years later.

The band’s lead singer, Catalina García, and guitarist Santiago Prieto joined Sundial Now to talk about their North American tour and reflect on the music-making process.

They will perform at the Miami Beach Bandshell this Saturday, August 13. More information about this event here.

This conversation has been edited for length and clarity.

GARCIA: We never create music for a platform or a trend. We don’t create music to be #1 anywhere. It’s just beautiful if it happens organically. And that’s how we like this career, organic and true. We are looking for freedom in this world, it’s not so easy to be free. All artists say “we do what we want to do”. It is not so easy. For us, it was a huge surprise. It was so beautiful to feel that many people from all over the world were connected.

I remember one [TikTok video] it was a couple of grandparents dancing and smiling. It was very cute. I’m sure the video was recorded or at least thought of by their grandchildren. It was so good to see them do it, like, wow, wow. You always expect social media to be for young people and of course it is. But then when you see people, any kind of people, anyway, just having fun. It’s nice. So it was a nice video. Also many celebrities are liking on TikTok and all over the world like we do [trend].

PRIETO: It was very weird, unexpected. I just felt like a big blessing. It was very cool at that time because we were like at a certain point when the label wasn’t so hot with us. They weren’t so involved in the things we were doing because our music isn’t like mainstream Miami pop [style] that everyone does. I think it changed the vision of many people who worked with us a lot. It was a very nice opportunity that life gave us with this thing.

PRIETO: We were recording our fourth album, which we are still finishing. At the time, we were both recording and this was all happening on TikTok and exploding and they asked us for a song that we could release quickly. And then we had songs like kinda ready, but they were more melancholy songs – beautiful, but not in the mood of what people might expect, like that Monsieur Perine sound that’s more swing and more Latin. We created this song, ‘Volverte a Ver’, to bring together these people who are far from each other. We happen to compose this song at the end of November. And we did all the recordings and arrangements and everything, even the video, like in five days, it was like a very fast production.

GARCIA: I always feel a bit pressured that you have to put content and like anything you can share on social media. But when I create a song, I don’t feel rushed, I feel happy. I try to be as real as possible. Creating a song is like opening my soul.

During an interview, I saw Adele say, “Hey, I’m over 30 and I don’t want to make music for social media”. What’s going on with people my age today? We still need music for other generations. And she’s so right because it’s kind of frustrating for artists around the world to be in such a rush to fit a lens to fit an algorithm and just suppress creativity. Music is not that. So it’s beautiful to have done what we wanted, like what we feel, and then after a few years to have made one of these songs organically viral.

We’re revamping Sundial – you’ll now hear shorter “Sundial Now” segments that reflect our community, starting today. We want you to be part of the retooling process as we enter this new era of the show. See how you can participate at the bottom of this story.

Want to be part of Sundial’s retooling? Tell us, what topics hold your attention these days? Is there a particular story or topic you’d like us to explore?

The new Otis Redding arts center could be ‘difficult to manage’