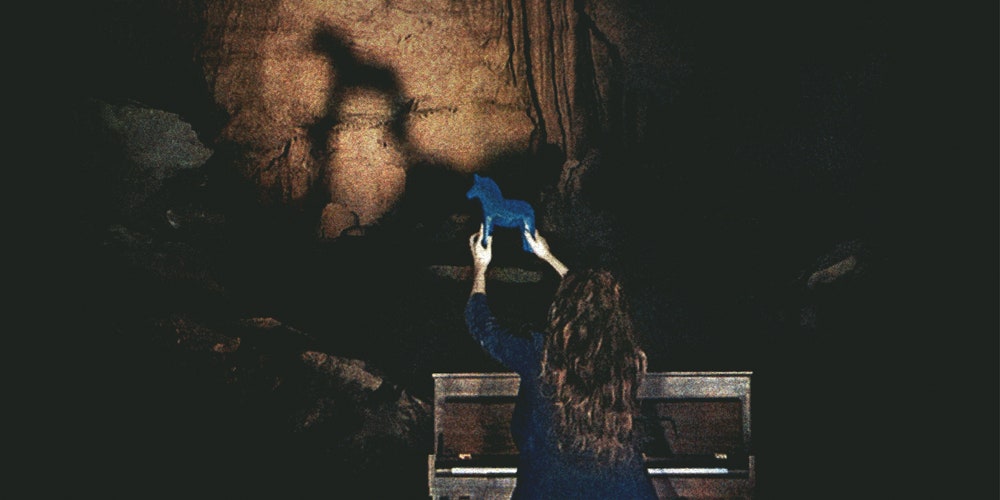 Several years ago, Haley Dahl was treating a broken heart. So, in a poetic gesture, she became obsessed with another type of void: caves. Dahl, who plays the role of Sloppy Jane, realized that a cave – a natural echo chamber – would be a great place to record an album. After exploring many options, she chose West Virginia’s Lost World Caverns as her underground recording studio. For two weeks in 2019, Dahl, 21 fellow musicians, and a film crew roamed the earth between 3 p.m. and 8 a.m. to record. The descent was only the first logistical difficulty: getting a piano underground took a day in each direction, and the wet conditions required parking the recording equipment in a car above the ground and hanging the wires up. through a hole.

Dahl has great visions but also, crucially, the determination to make them truly come true; Sloppy Jane is the exhibit A. Dahl started the band as a high school student in Los Angeles, working with a series of collaborators including Phoebe Bridgers, whose Dead Oceans imprint, Saddest Factory, releases Sloppy’s new record. Jane, Madison. Now based in Brooklyn, the group has gone from being a punk project to something more akin to avant-garde bedroom pop, with performances featuring Dahl spitting out blue paint in a costume she plans to eat. one day.

Dahl said that Madison was “written as a big gesture for someone I was trying to make myself like”. Time and time again the songs feel caught between hoped-for romance and hard-to-swallow reality. “Party Anthem” is trapped in a prison of unrequited love, but the band’s upbeat orchestras make Dahl’s regrets sound grandiose. “I’m sorry I couldn’t be / All I needed to be,” she cries out. On the dejected piano ballad “Jesus and the Floor of Your Living Room”, she wonders if it is easier to be appreciated in the afterlife. As the music expands towards dramatic distortion, it becomes evident that the underground recording effort was worth it: every instrument, from a big drum to the streamlined guitar that ends up joining, ring massive.

Madison is full of beauty, but Dahl’s explorations of grief and insecurity do not shrink from ugliness. She imagines collapsing on the floor covered in ants, or swallowing fast-setting concrete and diving into a lake; her voice trembles as she describes herself as “trapped in a wedding pigeon body with a tin can face”. In “The Constable”, she spots a man cruelly punching a dog, and rather than backing away, she is excited: “And God / I wanted that dog to be me.” The anguish she wrings from this “God” is a punch.

Dahl often juxtaposes his grotesques with whimsical instrumentation, making them feel particularly twisted, but also a bit romantic. “Judy’s Bedroom,” a sinister song that recalls Velvet Underground’s “After Hours”, chronicles the actual murder of the main character by her husband. “Judy does what she wants / Because she’s with Jesus now,” Dahl sings with macabre warmth. “Lullaby Formica,” a dreamlike horse-themed version of the “Ten Little Indians” nursery rhyme, ends on a dark but touching note: “If you become a carousel / Or if you are sold for glue / Or if you’re cold to me / my tongue will stick to you.

Dahl is an imaginative lyricist and her imagery, while not straightforward, is always delicious. But it is the proof of her strength as a composer that her instrumental arrangements are just as evocative. “Bianca Castafiore” (as the opera singer of Tintin) is an upside down instrument in which Dahl performs vocal acrobatics without words, “whoo-hoos” and “oohs” doing somersaults in the air. “How come you only touch me when you brush my hair? / You don’t care,” Dahl sings on the title track with casual, theatrical desperation. At the third of the way, the symphony of the song turns sour and the audience lets out an “aww”. But Dahl is more than capable of carrying the show.

(Pitchfork earns a commission on purchases made through affiliate links on our site.)

Catch up with every Saturday with 10 of our top rated albums of the week. Sign up for the 10 to Hear newsletter here.