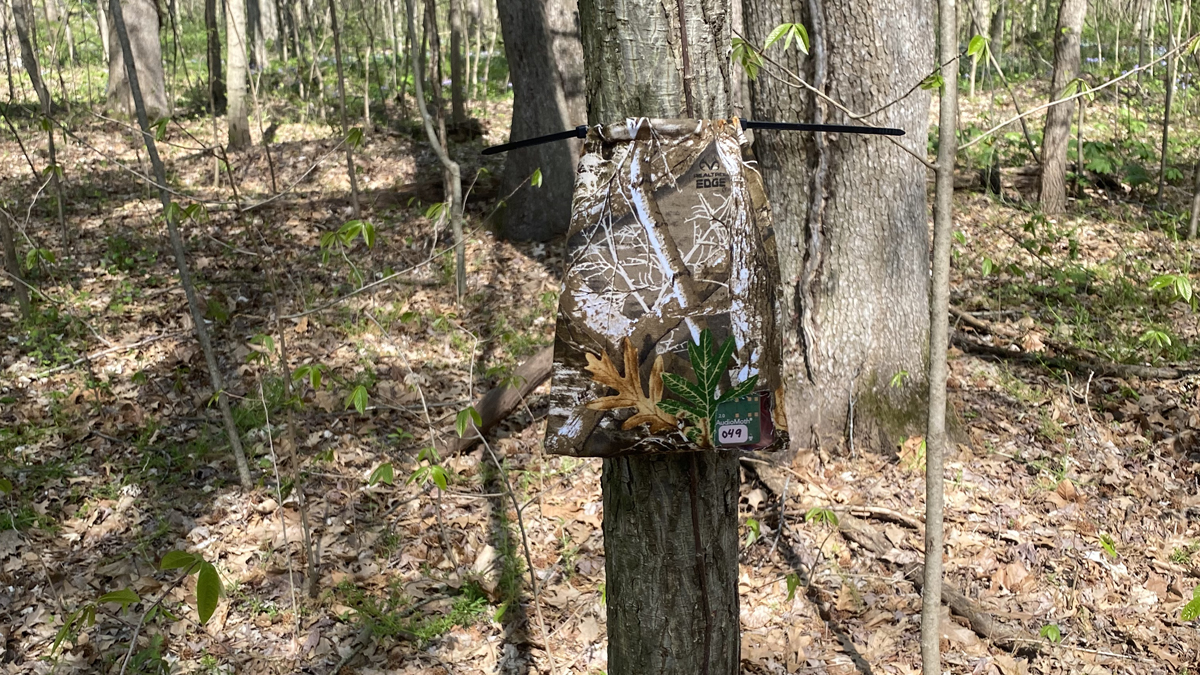 Southern Illinois University Carbondale scientist Brent Pease is asking the public to volunteer to deploy and retrieve sound recorders like this for a community-based research project to understand biodiversity changes over time by monitoring the so-called “soundscapes”, the collective sounds emanating from a given area. The “Sounds of Nature” program begins May 1 and ends July 15, and plans to continue each year. (Photo provided)

CARBONDALE, Ill. – A scientist at Southern Illinois University at Carbondale is asking the public to keep their ears open in the name of biodiversity monitoring.

Starting May 1, Brent Pease, assistant professor in the forestry program, will launch Sounds of Nature, a community-based research project aimed at understanding biodiversity changes over time by recording and monitoring so-called “soundscapes”. », the collective sounds emanating from a given area. The effort runs until July 15 and is expected to continue every year.

In the first year of the project, Pease is focusing its efforts in southern Illinois and specifically in its 16 southernmost counties. Pease, along with graduate forestry students Elaine Metz and Shasta Corvus from the School of Forestry and Horticulture, plan to monitor certain predetermined areas. But they hope to fill in the gaps with the help of citizen scientists.

“Sounds of Nature is unique in that the project works directly with the public to monitor soundscapes on public and private lands,” said Pease, who last year led a similar citizen science program called BioBlitz, an effort 24 hours to collect and identify every possible species of plants and animals on campus.

For decades, scientists have been monitoring global biodiversity, which is declining at an unprecedented rate. With overall environmental stability at stake, the decline of so many wildlife species is a growing concern for society, Pease said.

Keeping an eye on the situation can be difficult, with so much ground to cover and much of it – over 85% – private and therefore generally off-limits to researchers. Sounds of Nature’s goal is to discover where regional biodiversity is in decline and identify targeted conservation and management actions that can best slow the decline where it is most needed.

“Studying collective biodiversity — through listening — is a promising approach to learning more about the health of an ecosystem across time and space,” Pease said. “Because we monitor the entire soundscape, we can learn about a number of animals – birds, amphibians, and even mammals – across Illinois’ unique places. Places like forests, areas developed areas, agricultural landscapes and even riparian areas such as river banks and wetlands.

Many ordinary people share concerns for the environment, and projects such as Sounds of Nature and BioBlitz, which use citizen science, are important ways for the public to contribute positively to its protection. Citizen science is the process of engaging and involving the general public in scientific research, Pease said, and their participation can make a big difference.

Without community support, he said, scientists will miss a critical piece of the biodiversity puzzle.

“Locals are especially proud of Illinois’ natural resources and may worry about the loss of wildlife and special places, but not know how they can help,” Pease said. “This project directly involves the public in the scientific process. We work with property owners across the region who volunteer to operate our sound recorders on their properties. »

Most citizen science projects don’t require any special volunteer training, just an interest and willingness to help, Pease said. In this case, a few minutes are enough to deploy and recover a sound recorder.

The sampling period runs from May 1 to July 15, with each volunteer sampling for five or six days during this period. Once registration is complete, volunteers are asked to pick up and return the device to the researchers.

Participation is open to all, regardless of age, training or experience. The sound recorders the researchers use require volunteers to use their smartphones to set up, but no other equipment is needed.

“If you’re concerned about the environment and biodiversity, this is an important opportunity to help scientists learn more and better protect them for everyone,” Pease said.

To learn more about volunteering for Sounds of Nature, visit the project’s application portal. Questions can be directed to Pease at [email protected] or 618-453-7474.

Panel formed to combat neighborhood noise, to submit recommendations by the end of 2022