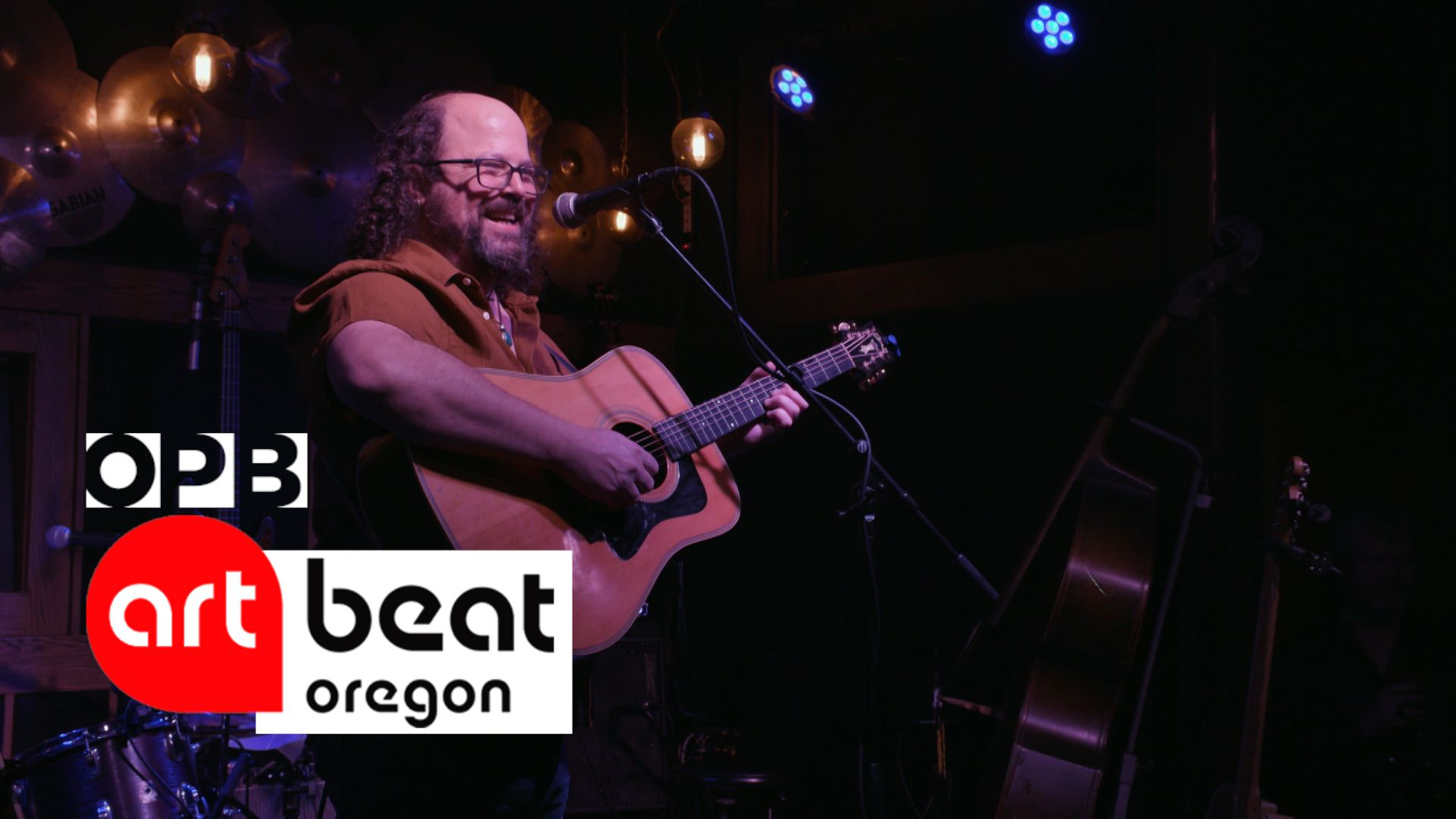 Tucked away on the second floor of an industrial building on Portland’s east side, singer-songwriter Jeremy Wilson’s recording studio is filled with the rock sounds of his new band featuring Paul Brainard on slide guitar, Matthew P. Rotchford on bass and Sam Densmore on drums. The group is rehearsing for an upcoming show, the first in a long time now that COVID-19 restrictions have begun to ease. Wilson and his bandmates yearn to reconnect with each other and with a live audience.

“The collaborative process means a lot to me, and I’m thrilled to be playing again.” said Wilson. “There’s nothing quite like singing a song live and being in front of an audience and sharing the energy of the music.”

Wilson’s professional music career took off in the late 80s and 90s with his famous band Northwest, the Dharma Bums. While in high school at Silverton, he and his high school friends Eric Lovre, Jim Talstra and John Moen discovered they had a strong creative connection and a passion for creating original music.

“Three singers in a band,” Wilson recalls, “was like a magic soup that became the Dharma Bums.”

The Dharma Bums began playing shows in Portland and throughout the Willamette Valley, quickly gaining popularity for their unique vocal style and upbeat, high-energy performances. The young group was then signed by the famous independent label Frontier Records. Soon they were booked at legendary club CBGB in New York and touring internationally. But worn down by a grueling touring schedule and personality clashes that developed on the road, the Dharma Bums broke up in the early 90s.

Undaunted and inspired by the success of his North West peers, Wilson formed his next band, Pilot, this time signing to major label, Elektra Records.

“I watched Nirvana, I watched Sound Garden, I watched our contemporaries and all that and they had made that transition and had kept their integrity in place. And I thought…if I want to maintain that life of ‘art, I have to do the same.

But the music industry roller coaster had more twists to come. As Pilot’s two-year-long album was about to be released, Jeremy explains, “Time Warner buys Turner Entertainment and lays off 30,000 people, including Elektra who was on the hook. And in fact, the disc is put in a safe. After independently producing a follow-up album, When The Day is Broken, Pilot had another hit at the big time, signing with Mercury Records where they produced their next album, Strangers Waltz.

“A month after the release of the album, Seagram’s bought out Polygram, Polygram is the parent company of Mercury Records. They fired everyone,” Wilson laments, his disappointment still seeming fresh. “I phoned the label and said, I just want to get out, and they let me go. We did our last tour and very amicably, we broke up. I was just exhausted and crushed I was living in Seattle and just wanted to come home.

Reconnecting with his Oregon roots in the late 90s, Wilson decided what he really wanted was to build an independent recording studio and create a sustainable environment that would allow him to live and create on his own terms. own terms. That’s exactly what he did in the early 2000s.

“I came back and built this studio in a few years, on the waterfront here in Portland. And I started bringing in projects,” Wilson recalls, “launching my own label, Mastan Music. So what happened to me I ended up passing out, waking up in an ambulance and my life was fundamentally changed again, it turns out I must have had a congenital heart condition called Wolff Parkinson White.

After a lifelong commitment to being a self-reliant musician, the limits of his own body caught up with Wilson. He found himself in the precarious position of being self-employed and uninsured, beginning what would become a series of four heart surgeries.

“When the [music] the community heard that I was uninsured and that I had just come out of a heart operation and that I was potentially going to lose my business, out of nowhere all these people came to my rescue, they organized a show at Doug Fir to help me with the product.

It was in this hour of crisis that Wilson recognized that there was a deep need for medical support within the music community.

“It wasn’t a big leap to realize it’s not unique to me, it’s an experience many others have and I just couldn’t help it, but to strike up a conversation with other members of the community on how we can fix this,” Wilson said. “All artists or musicians are kind of in the same boat, so can we put together an organization that takes care of that and starts to tackle these issues? And that was the creation of the Jeremy Foundation Wilson, this desire to be a safety net for musicians.

“He offers help in two main ways. One in a social worker’s navigation services to help musicians navigate the world of health. describes Wilson. “And then the second part is financial grants to help with assisted living and/or health care bills during a medical emergency, crisis, or recovery.”

Now in its 12th year, the foundation has awarded nearly $1 million in grants and services to area musicians.

Tested by a global pandemic

When the pandemic hit in early 2020, the foundation was uniquely positioned to help the music community at a time when it was being dramatically impacted on multiple fronts, including the abrupt closure of all concert venues and the cancellation of events. as well as the repercussions of the virus itself.

“We were the only organization dedicated to musicians that was nimble enough and with enough experience to respond to the immediate needs of the pandemic here,” Wilson said. “Over the past year and a half, we’ve helped, like, several hundred people, you know, more than in the past 10 years…I’m glad for the community support that has allowed this organization to being able to be here during this pandemic.

Over the past decade, Wilson’s time has been split between foundation work and his aspirations as a musician, but that’s something he would never change.

“I can’t overemphasize the honor I feel when I talk or work with someone who’s going through something…that they’ve let me into their life, you know, and they’ve let feel a little bit what he I feel and we can share and we can talk, it’s deep. It’s bigger than any rock and roll hit could ever be.

As Wilson and his new band prepare to return to the stage, he takes stock of what life has brought him. “I’m starting to find some breathing room now to really push forward with the new creative push, and I’m feeling a little excited to be in my 50s. I feel like my voice never been better in many ways. I love to sing, and in my 50s, for some reason, singing is even more rewarding.