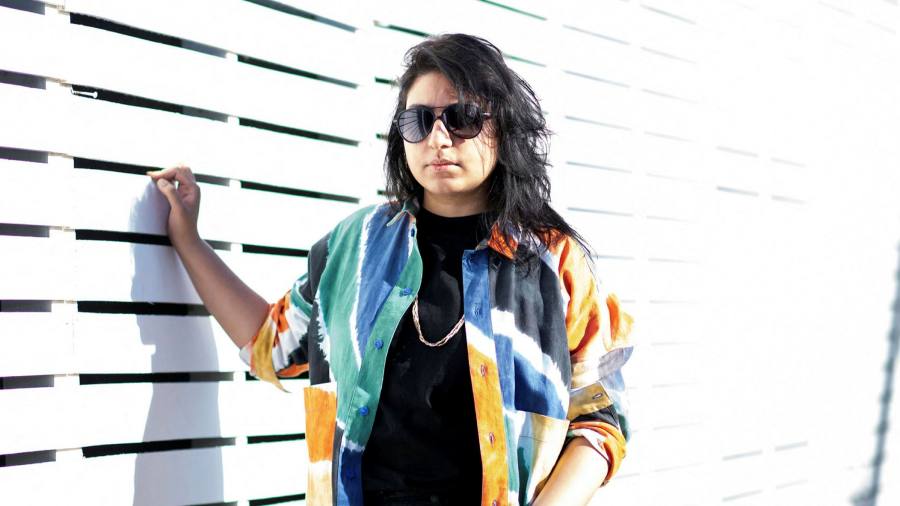 Singer Arooj Aftab: “I’m a digger – I like old recordings and old lyrics”

During his teenage years, Arooj Aftab realized. “The only thing I cared about was music. Other people care about family and friends. I just don’t.

This determination took time to bear fruit. She was in her thirties when her album Prince Vulture became a surprise hit, winning the first Grammy for a Pakistani musician. (Delivery of the physical statuette was slow: “I still haven’t got it,” she moans.) Sung largely in Urdu, the album recasts the lyrics of the ghazal – a traditional ballad form – into a minimalist and meditative jazz, intense and enveloping. silent world. It’s now being reissued in an expanded edition and Aftab is embarking on a European tour that includes a sold-out show at London’s Barbican and an appearance at Glastonbury Festival.

She was born in Riyadh, where her parents worked as diplomats. The family remained in Saudi Arabia until Aftab was 10 years old. She remembers being a “composed child”, especially enjoying the topography of the desert and visiting Jeddah, the “cold sister city” of Riyadh. When they all returned to Lahore, Aftab set his sights on a music degree at Berklee in Boston, then the only institution that would offer an education that combined jazz and studio skills rather than the classical conservatory curriculum.

“I got what I wanted,” she says. “Plus student loans. . .” She was also inducted into the “little mafia” of Berklee alumni – her harpist, Maeve Gilchrist, is a friend at the time, and other doors have opened.

Aftab has achieved some viral fame for songs she has posted online, including a spectral 10-minute cover of “Hallelujah” and some of her own compositions. But that was in 2014 before she released her debut album, bird under waterwhich makes an incursion into the repertoire more assuredly realized on Prince Vulture. A second album, mermaid islands, which she half-dismisses as “experiments I didn’t think I had done”: it was a set of ambient soundscapes closer to her hustle and bustle of soundtracks and video games. She was “spending 80% of her life” working a day job as a sound engineer – that Berklee training – as the album finally took shape.

Prince Vulture is an album, at least in part, about mourning. It is dedicated to his brother Maher, who died during the recording. And one of his signature songs, “Saans Lo”, is based on a text by Annie Ali Khan, who died in a fire in Karachi in 2016. Khan, a writer and journalist who befriended Aftab when she moved to New York, had written the poem and suggested it would be a great text for her. “I hadn’t been paying attention but when she died I went back and found her.” Aftab makes it a “last posthumous interaction”. The song unfolds in slow descending guitar chords with simple harp touches. “Pick up the pieces of your broken heart,” Aftab urges. “To breathe.” The music fades almost to nothing. “They may not be here, but their memory runs through your veins.”

The only song in English is “Last Night”, a setting of a poem by the 13th-century Sufi poet Rumi. “Last night my beloved was like the moon,” Aftab sings, unaccompanied, “so beautiful” — before a chorus of her own, processed voice joins her. Many other lyrics come from ghazals, traditionally played by a singer, a harmonium player, and a tabla player. Most of the words used on the disc were written in the 19th and early 20th centuries. “I’m a digger – I listen to old recordings, I like to read old texts.” But Aftab quickly corrects the idea that his songs are mere reworkings. “I grew up listening to ghazals but I’m certainly not reinventing ghazals. I borrow from poetry that has been shaped. She admires poetry that has an elliptical quality. “I like it when things are secret rather than in front, tell you all at once. Really good Urdu poetry can say a lot without saying too much.

The music’s recent prominence beyond the mainstream, Aftab believes, has opened the ears of the public to his Urdu singing. “Trap and Latin American and [the Puerto Rican rapper] bad bunny and [the Spanish flamenco singer] Rosalía took over the industry. This contributed to the ability to listen to music that is not in English and not panic about it.

The reissue adds an additional song, “Udhero Na”, featuring Anoushka Shankar’s shimmering sitar intertwined with Gilchrist’s harp. The two met when Shankar performed his first solo album To go up in Berkele. “There haven’t been many women like me doing independent soloing in music that is so deeply rooted in classical music.” Shankar remained a mentor, and eventually “the stars aligned” for this collaboration, reviving one of Aftab’s early unofficial releases. “Cancel, please,” the headline begs, imploring the subject of an old infatuation to free the singer to move on with her life.

In addition to tours, Aftab has other projects underway. She begins writing songs for a new record (a quicker follow-up this time than the previous seven-year gap). She’s scoring a documentary – she won’t be drawn to its subject except to joke that it’s “shady stuff”. And she has been commissioned to make a sound installation for ‘Perpetual Light Cubes’, boxes of food culture which will be distributed across Scotland later this year as part of the Unboxed festival.

Although its soundscape is sparse, Prince Vulture has a surprising number of musicians. Live, her band is usually just a trio: herself, Gilchrist on harp, and Petros Klampanis on double bass. At the Barbican, the sound will be completed by Darian Donovan Thomas on violin. Aftab insists that intimate music can work in a large space: “Every person is there to listen. She speaks of the “silence in a drop of water”, of the public there to engage. “The intimacy of the music is very individual: there is a huge sound coverage that embraces everyone. It’s cool with lots of people.

Arooj Aftab plays at the Barbican on June 17 and on tour. ‘Vulture Prince’ is re-released on Verve on June 24th aroojaftabmusic.com