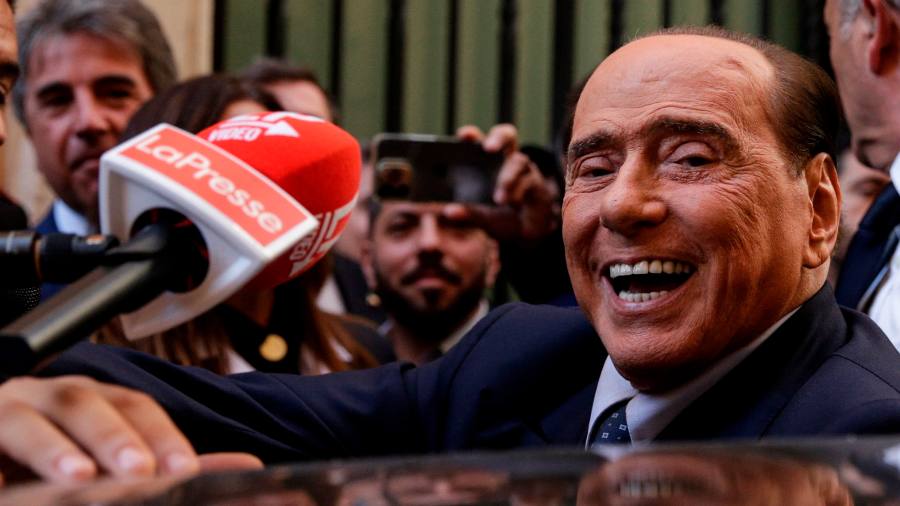 Italian politician Silvio Berlusconi said he had rekindled his old friendship with Russian President Vladimir Putin, exchanging gifts and ‘sweet letters’, according to a leaked recording on Tuesday in which he also expressed dismay at the military support from Italy to Ukraine.

“Putin sent me 20 bottles of vodka and a very sweet letter for my birthday,” Berlusconi, who turned 86 last month, said in the audio recording released by Italian news agency LaPresse.

The former prime minister, whose Forza Italia party is part of Giorgia Meloni’s right-wing coalition and set to join the government, told an MP from his party that he responded with an “equally sweet note “and bottles of Lambrusco wine,” he said.

Forza Italia was quick to deny the billionaire media mogul had rekindled his former friendship with the Russian leader, with whom he once had close political ties and also vacationed.

In a statement, the party said Berlusconi “remembered” with his MPs an episode from many years ago, without sharing recent events.

But in the recording, Berlusconi also worries about Italy’s military support for Ukraine, saying he was “very, very, very concerned” about Italy’s toughness against Moscow.

“Russian ministers said we were already at war with them because we are supplying arms and funding to Ukraine,” it was heard saying.

He added: “I cannot express my opinion, otherwise it would be leaked to the press and it would be a disaster.”

Berlusconi’s claims that he exchanged missives with Putin come after days of tension with Meloni over cabinet appointments that prompted him to call the future prime minister “arrogant and offensive”.

His latest comments – suggesting rekindling his relationship with Putin – will only heighten simmering concerns about the future direction of Italy’s foreign policy and its approach to the war in Ukraine, once a Meloni government takes over. power.

Although Meloni has strongly criticized Russia’s invasion of Ukraine, the two allies his coalition will depend on – Berlusconi and the League’s Matteo Salvini – are both longtime admirers of Putin who have made clear their discomfort with to the EU’s tough stance towards Moscow.

During the election campaign on the eve of last month’s elections, Salvini repeatedly complained about the high price Italians are paying for sanctions against Russia.

Just two days before the vote, Berlusconi appeared to defend the Russian invasion of Ukraine, telling a television interviewer that Putin “only wanted to replace [Ukrainian president Volodymyr] Zelenskyy with a government made up of honest people” but then encountered “unexpected resistance”.

In the days following her election victory, Meloni spoke to Zelenskyy to reassure him of Italy’s continued support for the fight against Russia.

But many fear that its dependence on its coalition partners could lead the government to soften its policy towards the Kremlin, contrary to the tough stance against the invasion taken by current Prime Minister Mario Draghi.

Forza Italia said the party’s position on “the Ukrainian conflict and Russian responsibility is known to all [and] is in line with the position of Europe and the United States”.