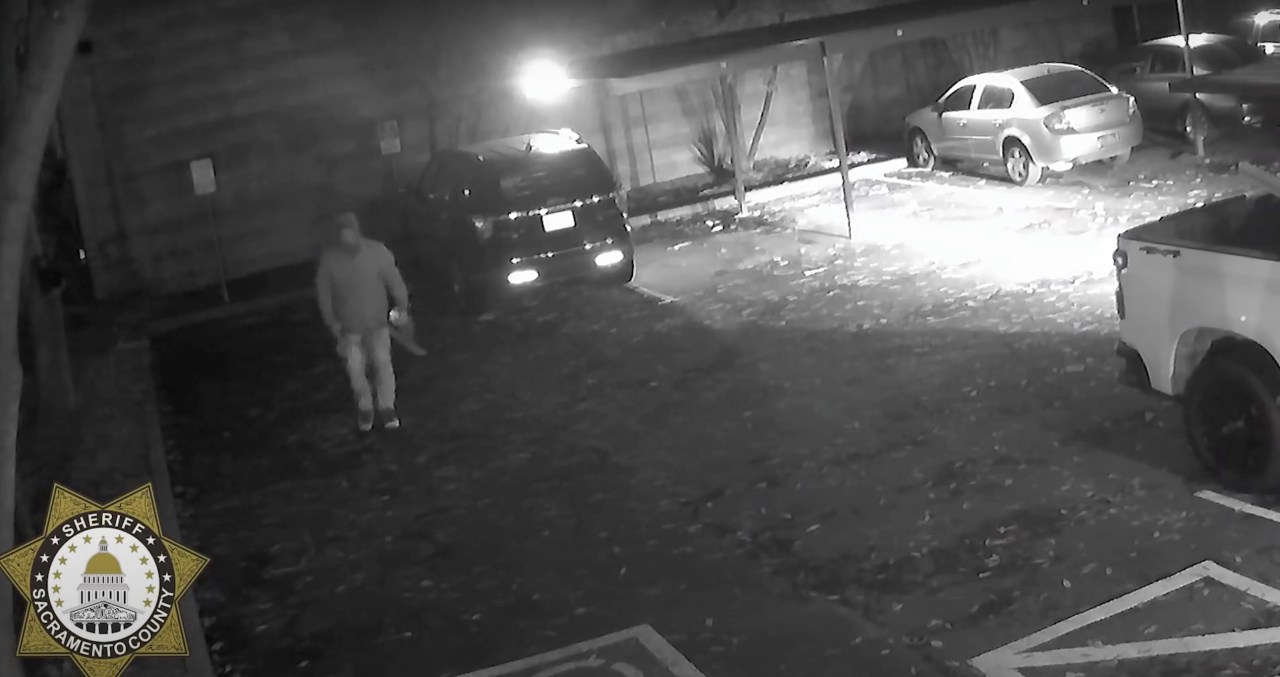 Officials said the encounter began around 6 p.m. on Business Park Drive in Rancho Cordova when a man told police he had been the victim of a carjacking at gunpoint while he quit his job.

“I just asked someone to come up to me and show me a gun. It appeared to be a weapon – He cocked it, then he took my car,” the victim said in a recording of the 911 call.

The vehicle was unoccupied when the deputies arrived. Video from the apartment complex shows a hooded man walking away from the SUV.

“As deputies established a perimeter around the compound, an adult male matching the victim’s description of the suspect casually walked in front of the deputy’s patrol vehicle,” the sergeant said. Report by Rod Grassmann.

The video shows the incidents as they unfolded. The suspect approaches a Toyota Prius, and the occupants get out and run as the suspect drives away.

Grassmann said the deputies returned fire and Slaughter was hit in the chest. Parking lot surveillance video shows the moment the suspect fell.

Deputies assisted, and Slaughter was taken to a hospital where he remained until he was taken to the Sacramento County Main Jail five days later.

No one else was physically injured in the incidents.