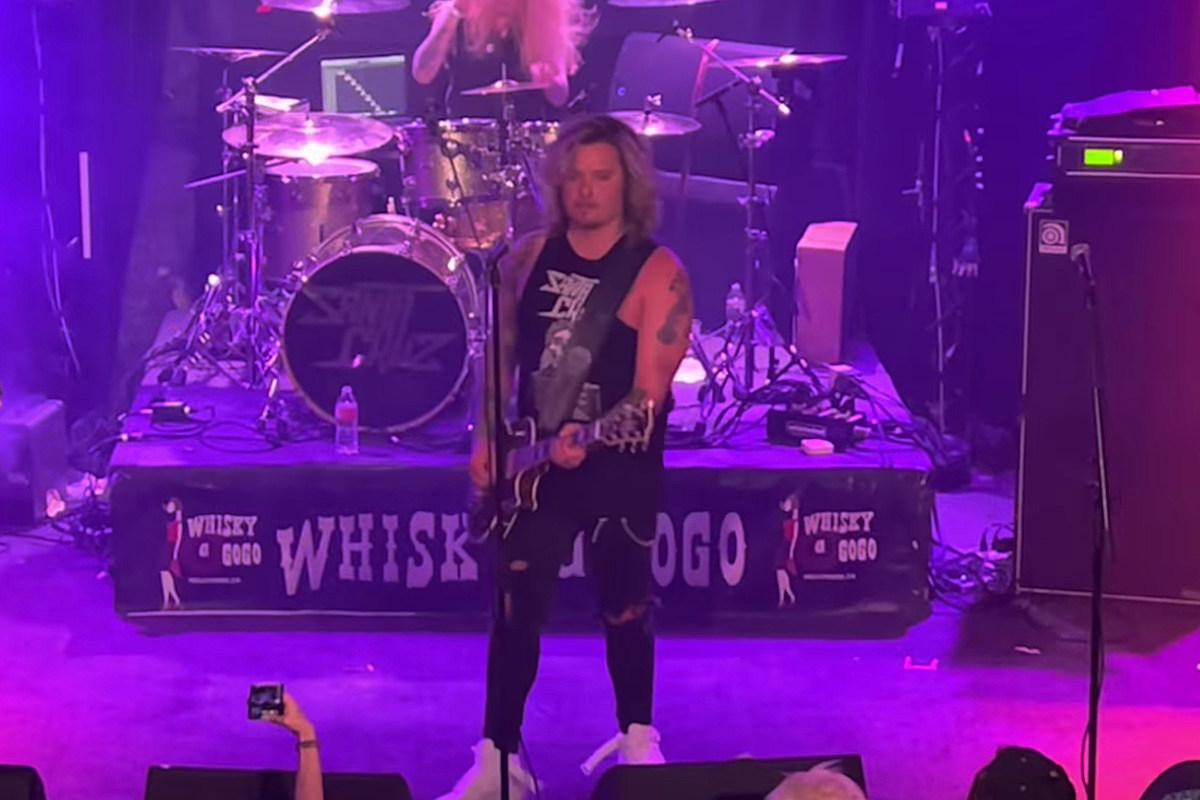 Hard rock band Santa Cruz have been lambasted on social media after footage of the band performing with a pre-recorded vocal track went viral.

In the video, which can be seen below, frontman Archie Cruz clearly stops singing and steps away from his microphone during the band’s “Under the Gun” performance. The lead vocals continue to be heard, but Cruz doesn’t return to his mic until the song’s chorus begins.

The video angered rock fans around the world, with TV and radio host Eddie Trunk being the loudest among them.

“It’s beyond words,” Trunk said via social media. “Everyone I guess is okay with that? Like I said and said, it’s become an epidemic that needs to stop. So bad it’s [got] to the point that this band doesn’t even try to fake their lip sync. Stunning.”

Trunk went on to explain that, in his opinion, artists who use backing tracks cheat their fans.

“Imagine paying to see a band that you love to ‘live’ and it’s anything but. What’s the point? Imagine you’re a band that puts the work live, and others don’t, play on a computer, and the fans talk about the sound quality. Pathetic. It’s the norm in pop, it has to stop in rock. Bands, fans and promoters have to care that a live rock show is live or it will only get worse. Madness.”

According to their Spotify Biography, Santa Cruz has “the sole mission of playing Hard Rock/Metal the way it really should be played”. The biography also boasts of the group’s “intense showmanship and true mastery of their craft”.

A wide range of rock fans and musicians responded to Trunk’s rant against Santa Cruz, calling the clip ‘pathetic’, ‘blatantly fake’ and ‘the most lame shit I’ve seen in a minute. hot” (among others).

In response, Santa Cruz insisted the incident was just a publicity stunt.

“Pro tip: screw up a live track on purpose and get a ton of free publicity,” Cruz wrote on Instagram. “You all bought that shit.

Click to find out how they rank, as we count down the top 100 classic rock artists.