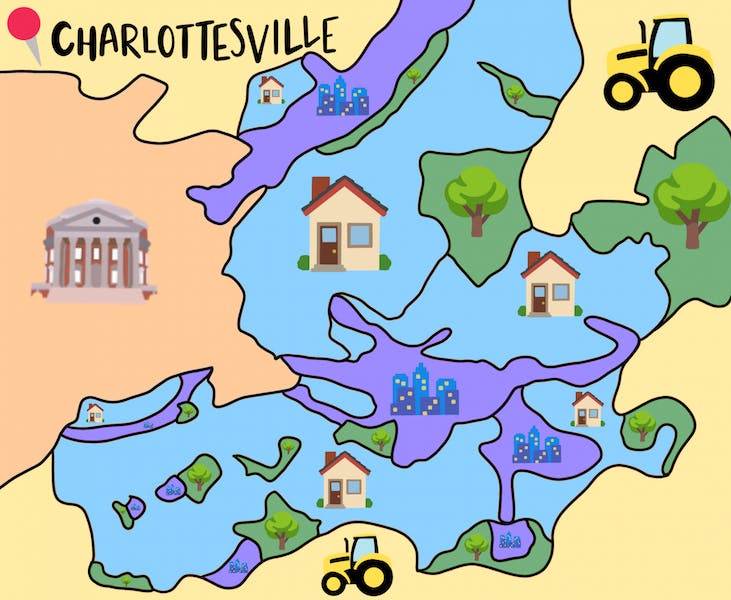 Since 2001, seagrass beds have been gradually returning to Virginia’s waterways for the first time in more than 65 years, inspiring research into its environmental impact, including greenhouse gas emissions and carbon sequestration.

The university-operated Coastal Research Center and Nitrogen Task Force is studying how to reduce these emissions – through seagrass beds, food equity, and more. – by creating models designed to quantify emissions. This research represents a dynamic sustainability initiative combined with the potential to inform more effective approaches to climate change mitigation.

The seagrass provides A lot of advantages to the environment, such as increased water clarity, reduced coastal erosion, increased marine life and carbon sequestration in its sediments. On the other hand, methane, a potent greenhouse gas, is produced in shallow aquatic sediments due to the degradation of carbon where it leaches into the atmosphere.

Coffey was recently awarded the Harrison Undergraduate Research Award, a research grant of up to $4,000 for a student-set research goal and $1,000 for a faculty mentor. Along with the award, Coffey was able to conduct his research through a funded research experiment.

Coffey began working with environmental science professor Peter Berg in 2020 on eddy covariance, an atmospheric measurement technique that observes the exchanges of gases, energy, and momentum between ecosystems and the atmosphere.

Berg is currently investigating how sound can be used to measure gas emissions in aquatic grass bed ecosystems. This concept came up in collaboration with colleagues at CRC.

Methane gas emissions are difficult to measure because it is difficult to determine where they seep from the seabed. Methane has a global warming potential 25 to 35 times that of carbon dioxide, so quantifying the amount of methane released into the atmosphere is important for mitigating climate change.

“I thought, hey, maybe you can hear those bubbles,” Berg said. “So maybe we can analyze the sound recording so that we know how far the bubbles rise from where the microphone is, and based on the acoustic footprint of the bubble we can determine its cut.”

Coffey is working with Berg on the analysis of blue carbon – carbon captured in ocean and coastal ecosystems – in seagrass beds, using hydrophones to locate and measure methane seeps from seagrass sediments.

“We chose methane in the subject as a whole because we’re trying to develop a more complete picture of the flux of greenhouse gases in these east coast seagrasses,” Coffey said. “It’s important because there are huge tracts of seagrass beds on the east coast that have been restored, and they are productive ecosystems that play an important role in the global carbon cycle as well as sequestration. and blue carbon storage.”

During his summer at CRC, Coffey located and recorded the sounds of methane bubble emissions in seagrass beds and worked to determine the precise volume of the bubbles by the frequencies they produced.

In addition to his methane research, Coffey also worked with the Nitrogen Task Force, led by environmental science professor Jim Galloway. The NWG is studying nitrogen emissions and is currently developing nitrogen footprints in Albemarle County and the City of Charlottesville.

Coffey focused on food equity versus nitrogen use to create a food equity map to identify and recommend local restaurants that release less nitrogen while accounting for scarcity and food availability.

Fertilizers in the soil produce nitrous oxide, a greenhouse gas that persists in troposphere and damages the ozone layer. U.Va. Dining has set out to combat food-related nitrogen emissions by using ingredients that produce less nitrogen, such as replacing some beef products with other protein sources, such as beans or mushrooms.

In 2019, the Board of Visitors set an objective reduce the University’s nitrogen footprint by 30% from its 2010 level by 2030. Beginning in 2017 – the most recent year for which data is available – invest in solar energy and reduce coal and natural gas, in collaboration with U.Va. Dinner, had already decreased nitrogen use 23 percent.

“[Coffey] is working with me to finalize the nitrogen footprint calculations for Albemarle Country, so he has worked extensively with [agricultural] data and how it might affect nitrogen footprints,” Dukes said. “[He is] working on a food map so that we can adapt our scenarios to include equity in these calculations”.

The NWG and CRC intend to expand Coffey’s research and continue to develop the Food Equity Map for other cities and counties across the country.