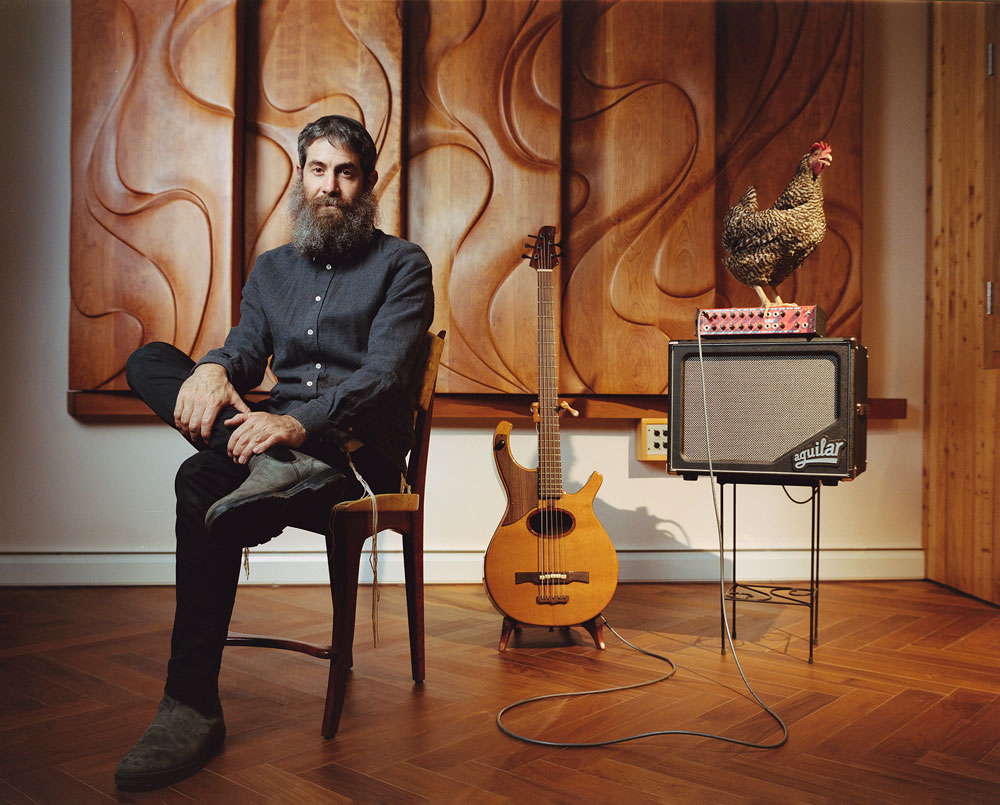 Promise of Glory – The Brooklyn Rail

I started writing about music for Rail about four years ago. One of my goals was to study the relationship between music and spirituality. The connection can be felt in everything from a Shaker anthem to a Sun Ra outburst. Music merges with feeling to become something transformative. We don’t just listen to it, we become it. This gives him essential power.

Among the many other powers of music is the ability to cross borders and make intuitive connections between cultures. In the recognition of this is our own divine feeling, the ability to travel the earth, to fly freely and to apprehend.

My first play was on the sui generis mandolin/clarinet virtuoso Andy Statman. I was drawn to the well-articulated lyricism of his music, and even more intrigued by the fact that he was an observant Orthodox Jew. Who better than him to test my admittedly incomplete ideas on music and spirituality?

In many ways he agreed with my basic ideas about this relationship, but in many other ways he didn’t. He wanted to know more about what I meant by spirituality. “For some people, it may just be a cheap high,” he said. Wait a minute, I thought: a cheap high? How about a dear? By this I do not mean the cost of the drugs, but the exquisite quality of the experience. I associate music with the greatest feelings of wholeness and connection; nothing cheap there. Give me the good stuff. As Rumi wrote, “Any wine will get you high. / Judge like a king, and choose the purest, / those unimpaired by fear, / or some urgency about “what is needed”.

Before the interview was over, I realized a few things: that religion and spirituality cannot be confused, and that Statman’s version of Judaism was quite different from mine. His religious beliefs structured his daily life and were rooted in ritual; mine were much more attenuated. Still, his mission seemed like a way to express my own feelings on the subject: “Before I play a concert, I say a prayer for music to unite people, lift them up and bring them closer to God.” Amen to that.

In another thirty articles, the subject of spirituality did not become the foreground or the focus, but an accompanying line of thought. It seemed applicable to Cat Toren’s meditative, free playing and Bill Laswell’s brooding, resounding sound; the Black spirituals project that Javon Jackson undertook with poet Nikki Giovanni and the free-form mind/body explorations of Milford Graves. The article I wrote about Pharoah Sanders (whose recent death got me thinking about all this) is where I tried to address him most directly. I wanted to know why his music seemed so directly related to spiritual experience. This is this, you think, when you hear it. But What is it? Is it his sound, his meticulously crafted voice? That’s a big part of it, but it’s also in the ongoing quest and raw nature of his game: As I wrote at the time, “Sanders creates style beyond mere description.” Its sound is announced clearly, even seriously. His spirituality is open. Asked about his religious affiliations, Sanders once said, “I try to pray all the time. The day is like a big prayer for me.’ Amen to that too.

My latest research led me to Yosef Gutman Levitt, whose recent self-released recording, upside down mountain, has a distinctly spiritual bent. Levitt grew up on a farm in South Africa, came to study music at Berklee in the 90s with rising musicians like Lionel Loueke, played bass on the New York jazz scene for a few years, then decided ( like many) that it was impossible. way to earn a living. He pursued a career in technology and moved to Jerusalem, where he lives with his large family. Levitt recently started recording music again and started playing with several strong Israeli musicians; pianist Omri Mor and drummer Ofri Nehemya collaborated with him here. Levitt plays five-string bass, like Steve Swallow, whose soft, inquisitive style inspires his own. Remarkably, he crafted all of the works on this recording in one sitting, improvising “everything that flowed freely from my heart without thinking about it”. For Levitt, the experience was transcendent: “I flew during the four days of recording. I was flying, my soul was alive.

An observant Jew, Levitt sees these pieces as an extension of the nigunim (a type of religious song, often sung by groups) which he has explored in recent recordings. Levitt observed, “When you play Hasidic nigunim, God is above the music, and the music is there to create a space through which people connect. In most other forms of music, the music is the thing that people connect to. Here the music is simply a gateway for people to connect to something higher. The compositions work together easily, evoking an atmosphere of alluring sweetness (done less skilfully, it can result in the sometimes breezy sound of Wyndham Hill) – an aura of what Buddhists call benevolence. These are silent prayers, offered with grace. The trio achieves a finely distilled group sound, with Mor’s playing, in particular, adding Moroccan-Andalusian overtones that broaden the scope of the music. The music speaks eloquently of a peaceful existence.

This all brings me back to where I started. What is the nature of this link between music and spirituality? Why do certain recordings or performances take us into a sort of meditative space or fill our hearts with emotion? I think it’s several things: it’s the sound itself, the joys of immersion in these various waves that affect everyone, everywhere; it’s beyond language – if you could say it, you wouldn’t have to play it; as in any profession, it is the excellence of the expression, or as a friend said, you have to master the logistics to achieve the mystical; and it is fueled both by the culture in which it is created and by the individual dynamism of the artist.

Coltrane is often presented, rightly, as the spiritual musician par excellence. However, as the documentary Chasing Trane point out, he didn’t start out with some sort of saintly aura, in fact, at the start of his career he wasn’t even that good. But he transformed for the message he needed to convey. Something was speaking through him, and he made himself a ready and willing vehicle. As Coltrane himself observed, with the sheer eloquence that belied the strength of his playing, “Being a musician is really something. It goes very, very deep. My music is the spiritual expression of who I am. My faith, my knowledge, my being. I know there are evil forces. I know there are forces here that bring suffering to others and misery to the world, but I want to be the opposite force. I want to be the force that is truly for good. In other words, we may hope for a heavenly reward, but it is through expressing that wish in this world that we discover the true promise of glory.