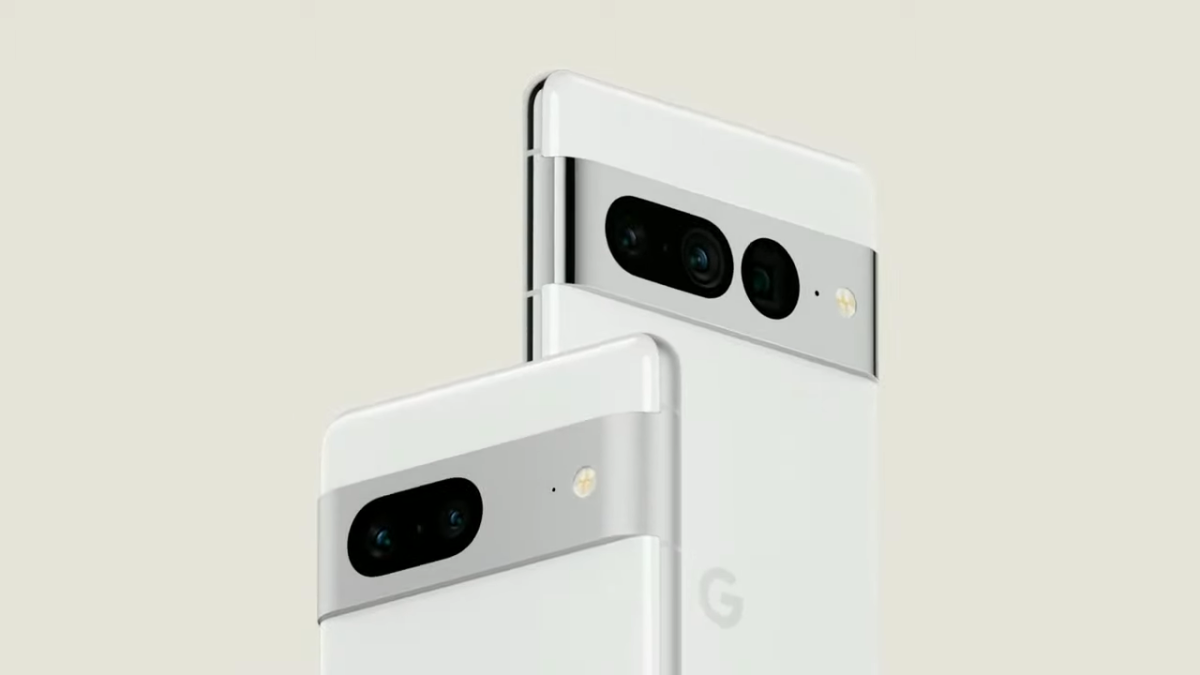 With the iPhone 14 and iPhone 14 Pro now up for grabs, all eyes are on the new Dynamic Island, improved A16 Bionic and new 48MP camera system. None of this, mind you, comes on the standard iPhone 14, which leaves me wondering why anyone would upgrade to Apple’s latest (standard) flagship.

There are myriad reasons why the iPhone 14 isn’t worth buying, which is a blow to anyone who’s been patiently waiting for this year’s big iPhone upgrade. Luckily, the iPhone 13 is still a brilliant option, and now it’s even cheaper. But for those after Next flagship smartphone that can’t afford to pay more than $1,000 for the Pro models, it leaves them in a bit of a pickle.

That’s when I turned my gaze to the Pixel 7, Google’s next flagship phone, following the accolades and growing popularity of the Pixel 6.

“Switching from iOS to Android right now? Absurd!” I get it, especially for those wrapped up in Apple’s ecosystem. But Google’s Pixel devices have been making waves for years, and with a new phone looming – one featuring a custom next-gen Tensor chip and a striking new design – the Pixel 7 could be an interesting case for be your next smartphone. And we know we’re only about a month away from the Pixel 7 release date with the Made by Google event on October 6th.

Some time ago, writer Shubham Agarwal switched to iPhone after 7 years with Android. He outlines the various reasons for taking the plunge, from Apple’s excellent software support to its relatively recent leap in software performance and customization. There’s a reason the iPhone lands at the top of our best smartphones list, but it’s not all sunshine and roses.

Namely, grabbing the latest iPhone isn’t cheap (unless you’re looking at the iPhone SE), and getting into the Apple ecosystem is an even more expensive endeavor.

For example, there’s the new Apple Watch Series 8 (and the very expensive Apple Watch Ultra), a new set of AirPods Pro, and even the iPad to complete the Apple mobile experience. That doesn’t mean you have to buy these products, and they are awesome devices to get. However, the longer you stay in the ecosystem, the more likely you are to jump on the bandwagon.

Then you hear how much the Google Pixel 6 costs: $599/£599. The Pixel 6 Pro? $899/£859. That’s more or less $200 less than what you’d pay for their iPhone counterparts. Although the price of the Pixel 7 is not yet certain, it is likely that Google will stick to the aforementioned prices to stay competitive. Oh, and not to mention the $449/£399 Pixel 6a. It’s cheap and that’s why we recently called it a “wake-up call for mid-range phones”.

As for which devices to pair with? The Pixel Buds Pro, which we’ve called the “best pair of Google earphones yet”, are priced at $199 / £179. The next Pixel Watch looks a little more expensive, at $399 for the LTE model, but the Wi-Fi-only model should be cheaper.

However, Android is more adaptable than iOS, which is why you see everything from the Samsung Galaxy S22 to the Nothing(1) phone using their own software layer on Android. That means it’s more open to third-party accessories and you can mix and match what you associate with a Pixel phone. That’s not to say you can’t do it with Apple devices either, but if a device like the Apple Watch brings a plus completed The Apple experience, you will go for it.

All in all, the Pixel 7, and all it brings, looks a lot cheaper than picking up an iPhone 14. It’s not just the price that matters, though, because the Pixel 7 has something another up its sleeve that aims to impress potential buyers.

The second generation is promising

There’s no doubt that Apple’s A16 Bionic is an absolute powerhouse. Even the A15 chip wipes the floor with the competition in our Galaxy S22 vs. iPhone 13 and Pixel 6 vs. iPhone 13 showdowns. Speaking of the latter, though the Pixel 6’s bespoke Tensor chip can’t pack quite a punch heavy than the A15 processor in the iPhone 13, you still get a premium experience.

As Laptop Mag’s Kimberley Gedeon says, “For $599, you get top-notch specs, including 8GB of RAM (more than Apple offers) and 128GB (like the iPhone 13). , you’ll get a bigger screen with a 90Hz display while the iPhone 13 is still stuck with a 60Hz refresh rate. Of course, the performance of the Pixel 6 can’t touch what the iPhone 13 can do, but again, no mobile phone needs that much power anyway.

Now think about what the Google Tensor G2 processor will bring to the table. The Pixel 6 brought Google’s first attempt at its own chip, and while it was known to have some quirks, especially in the first few months after launch, those continue to be ironed out. With a next-gen processor, Google is set to improve on the flaws of its first release, which translates to better processing power at a cheaper price.

For its first attempt at making its own chip, the tech giant focused on higher performance through advanced on-device artificial intelligence for faster and better voice recognition and improved image processing. The second-generation Tensor chip is expected to improve on that with improved processing power, better power efficiency, and will bring “even more useful and personalized features to photos, videos, security, and voice recognition.”

In our Pixel 6 review, Sean Riley notes the phone’s seamless navigation and fine-tuned gaming performance in demanding apps like Call of Duty: Mobile. If the next Tensor chip exceeds that, we’re in for an attractive flagship.

Until the launch of the Pixel 7, we won’t know exactly what the new processor will offer. But, while this is a big improvement over the already impressive Tensor chip, there’s a lot to look forward to, especially compared to the iPhone 14, which offers essentially the same chip as the iPhone 13 Pro. .

Switching from iPhone to Android can be a laborious journey, as iOS makes it difficult to disentangle yourself from the multitude of apps you’ve invested in. Thankfully, Google pushed various methods to make the big change less of a pain, making the Pixel 7 a viable option (or, at least, I convince myself it is).

Earlier this year, Google quietly launched a “Switch to Android” iOS app. This allows iOS users to move their photos, videos, contacts and calendar events to a brand new Android phone. It guides those who switch allegiances through the data transfer and helps move them safely to an Android-based device.

The app also walks users through device setup, as well as how to turn off iMessage “so you don’t miss text messages from friends and family” and copy photos and videos from the iCloud storage.

However, this is not something new. There are several ways to move data from iPhone to Android, with Google’s website guiding the switches to “move your data from iOS”. However, the app makes the process easier for any smartphone running the Android operating system.

It’s no surprise that Apple already has its own “Move to iOS” app on the Google Play Store, offering incentives for those interested in the iPhone 14. However, the fact is that it doesn’t. It’s not impossible to try something new with an Android device. More than ever, with the iPhone 14 upgrades being a little disappointing, now is the time to think about trying something new. And, if you don’t like it, the “Move to iOS” app will help you.

The Pixel 7 has a lot to offer, but we won’t know the full extent of its capabilities until it arrives on October 6. When we get our hands on it, we’ll give you a full rundown of how it performs.

The iPhone 14 isn’t the upgrade we were hoping for, but the iPhone 14 Pro and Pro Max appear to be Apple’s true new generation headlights. If that’s more your taste, the Pro models probably won’t disappoint.

But that’s a lot of money to spend, and the iPhone 14 doesn’t seem to be worth your hard-earned money. There’s still the excellent iPhone 13 and iPhone 13 Pro up for grabs, but for those looking for an upgrade this year, the Pixel 7 seems like a likely contender, and it probably won’t cost you as much as an iPhone 14. For now, I suggest waiting to see what the Pixel 7 has to offer, as it may be worth the wait on the iPhone 14.