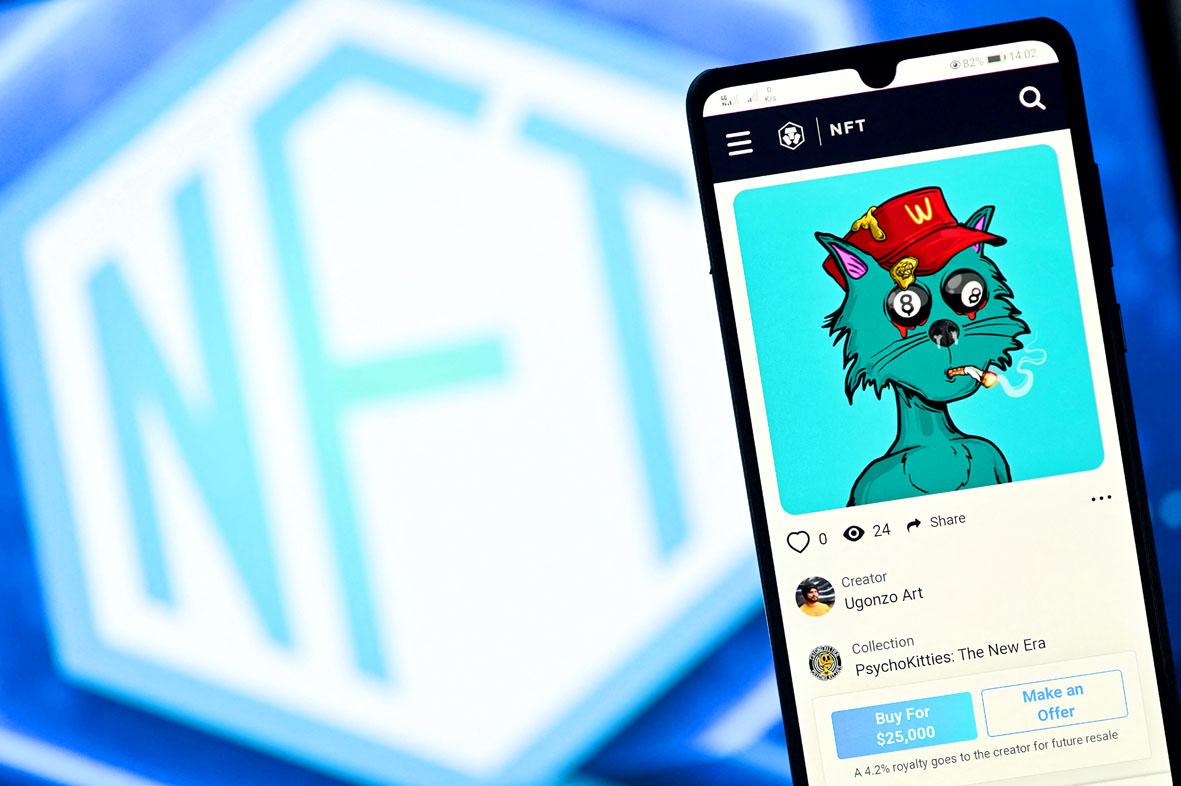 When a friend messaged voice actor Bev Standing asking if she was the voice of TikTok’s text-to-speech feature, the Canadian entertainer’s surprise quickly turned to irritation.

She had never worked for the popular social media platform, but the voice was definitely hers.

Standing concluded that the voice recordings she made for another client years earlier were somehow obtained by TikTok and fed into an algorithm that allows users to turn written text into voiceovers for music videos in the app.

She sued TikTok in a case that was settled in September — a case that performers said was symptomatic of the growing challenges that artificial intelligence (AI) poses to creatives.

“I am a business. I have to protect my product, and my product is my voice,” Standing said. “They [TikTok] were not my clients. It’s like I buy a car and you drive it. You didn’t buy it, you can’t drive it.

From digitally resurrecting deceased celebrities to improving lip-syncing for foreign-language dubbed movies, AI has been increasingly deployed in the film and audio industry these years, sparking debates on issues of ethics and copyright.

A documentary about the late chef Anthony Bourdain has faced backlash after it used AI to recreate his voice.

Active actors and other performing artists also say they are concerned about the impacts of AI on their livelihoods, with some calling for creators to have more rights over their work and how it is used.

British actor and comedian Rick Kiesewetter released all rights to recordings of his voice and facial movements as part of a job for a tech company several years ago.

Now he feels a little uneasy about it.

Actor groups have said that artists risk losing their jobs to AI and that artists who lend their voice or acting skills to computers are often not fairly compensated.

While AI has created new job opportunities, it has also become increasingly common for performers to have their image or voice used without permission, according to Equity, a UK trade union representing workers in the performing arts. .

It has also raised concerns that performers who have worked for AI projects do not fully understand their rights.

“Like all technology, there’s a lag,” said Equity member Kiesewetter, who said some agents aren’t yet aware of the intricacies of tech company contracts.

Artists around the world often have no real protection against AI-generated imitations such as deepfake videos, said Mathilde Pavis, a law professor at Britain’s University of Exeter, because laws don’t haven’t kept up with technological developments.

Many countries, including Britain and France, have performers’ rights legislation, which generally allows performers to refuse access or to be paid for recordings of their performance.

But the laws generally don’t protect the creative content of performances, which means imitations — such as those generated by AI — are permitted, Pavis said.

“We assumed that a performance could only be reproduced, pirated or stolen on a large scale if it was recorded on something,” she said.

She and Equity have argued that new laws strengthening the rights of creatives are needed.

Pavis said it would be best to give performers copyright over the content of their performances to give them full control. Artists would then have to consent to the use of the performances and could get a passive income stream, Pavis said.

Ryan Abbott, professor of law and health sciences at the University of Surrey in Britain, who has written a book on law and AI, argues that algorithms should also have rights.

Computers are increasingly adept at creating anything from music to stories, but their work isn’t fully protected in the United States because only humans can be listed as authors, he said. declared.

In an effort to change that, Abbott is suing the US Copyright Office to register a digital work of art made by a computer with the AI ​​as the author, and the owner of the AI ​​as the rightholder. author who ultimately enjoys all the benefits.

Although machines don’t need rights, the lack of copyright protection exposes their owners and developers and risks stifling investment and innovation, he said.

Works made by AI must also be clearly identified to avoid devaluing the role of human artists, he added.

“You can have someone record my voice for an hour and train the AI ​​to make music. And all of a sudden you can have an AI make award-winning music that sounds like it came from me,” he said.

“If we did that, I’d say it would be unfair to list me as a songwriter, because that would suggest I’m a great musician, when in reality, I absolutely suck.”

Since AI typically generates work after “learning” its craft from large amounts of human-made parts, some say human artists should be compensated if their performance is used in the process.

On that issue and others, it will depend on what lawmakers decide is fair, Abbott said.

“Do we want to make it easier for companies to do business, or…for creative people to get some compensation?” he said.

With recordings of work calls and video chats having become commonplace during the pandemic, these rulings will have repercussions outside of the entertainment industry in areas such as labor rights, Pavis said.

“Performers are kind of the lab rats for what we think is acceptable and unacceptable, legal and illegal,” she said.

“They are on the frontier of the debate over what use of our data and faces for work will be considered appropriate.”

Comments will be moderated. Keep comments relevant to the article. Remarks containing abusive and obscene language, personal attacks of any kind or promotion will be removed and the user banned. The final decision will be at the discretion of The Taipei Times.