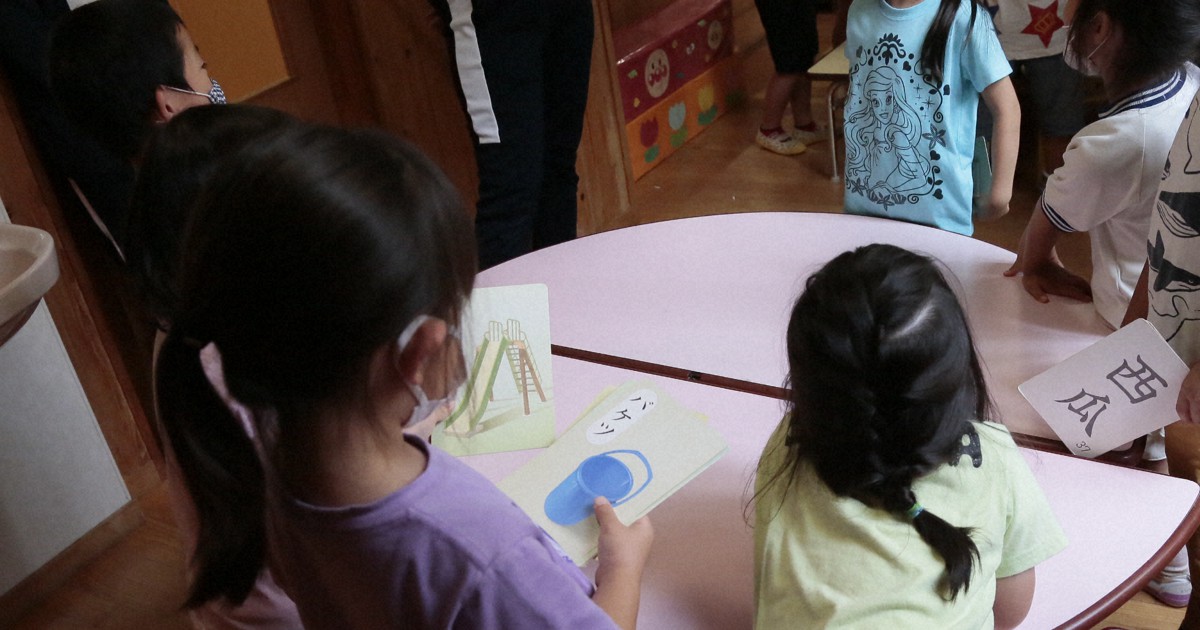 KOBE — Although as many as 61.2 percent of child care centers in this western Japanese port city have children of foreign origin, only 5.1 percent are “ready to accept them,” a survey of children has found. an industry organization.

Staff and experts are calling on local and national governments for active support, as accommodating children’s different languages, customs and cultures has so far been left to workers on the ground.

The Kobe Nursery Federation sent questionnaires to a total of 329 affiliated private nurseries, certified nurseries and other facilities in November 2021, and received responses from 196 of them.

The survey results revealed that 120 schools, or 61.2% of the respondents, had children of foreign origin who grew up in languages, cultures and customs different from those of Japan, regardless of their nationality. . The percentages varied considerably among the nine city wards. For example, all facilities in Hyogo Ward that responded to the survey had children of foreign origin, while only 23.1% of daycares in Tarumi Ward did. Broken down by country of origin of children, China was most common at 58.3%, followed by Vietnam at 30.0%, Koreas at 16.7%, Nepal at 15.0% and the Philippines at 12.5%.

Moreover, no less than 40.3% of establishments declared that the number of such children was “increasing”.

Only 10 establishments, or 5.1%, replied that they were “ready to welcome” children of overseas origin, and 15 establishments, or 7.7%, said they wanted to continue to actively welcome such children. . Broken down by difficulty, ‘verbal communication’ was the most common response at 82.6%, followed by ‘differences in food culture and lifestyle’ at 57.0%, and ‘differences in lifestyle and culture” at 45.6%.

The results of the poll were announced at a federation meeting on June 15. Kindergarten teacher Ichiho Takemoto, 44, who led the survey, commented: “While day care centers are accepting children connected to other countries with no idea what to do , they feel more and more tense”.

Reports have been made of examples of particularly difficult circumstances, including the inability to communicate with guardians in Japanese, being asked to avoid giving children particular foods for religious reasons, and ensuring that male workers do not take care of girls.

Takemoto called for support from all levels of government, such as establishing a counseling service and compiling a manual on how to accommodate children of foreign origin.

Yuko Hayashi, associate professor at Kobe Shoin Women’s University, whose expertise is in early childhood care and education, said: “There is a lack of government support for childcare in national scale.” She called on the city government to review the current reservation-based system for sending interpreters, saying child care centers “need an environment where they can quickly call for an interpreter in case of an emergency or other issues.”

A Kobe city official said: ‘First of all, we would like to spread the information about the aids we already have,’ citing assistance in accessing translation machines with voice recognition functions and provision of materials pedagogical to facilitate communication using illustrations.