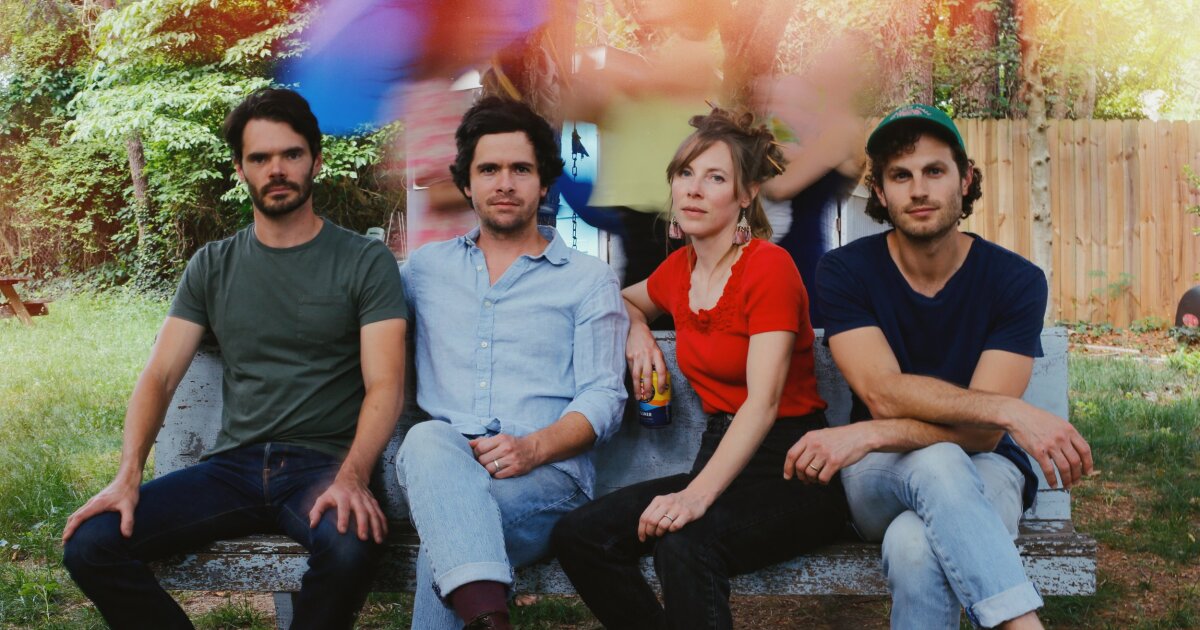 On the Range: The Whyless River Brought the World to Appalachia

Few bands in my heart’s collection can be traced back to a single revealing song like Asheville’s River Whyless. I heard him play on September 11, 2013 at Music City Roots (you can see it here for yourself). “Pigeon Feathers” unfolded like a mini-suite, beginning with a mesmerizing looping bass figure playing over an emphatically repeated arpeggio played by violinist Halli Anderson. It fractured and turned into a loud crescendo that suddenly broke off to introduce Ryan O’Keefe’s lead vocals against the quiet background of softly strummed guitar. From there, the song oscillated between elegantly minimalistic and roaring passages in a flow that spoke to the parts of me that had grown up with classical music, and I could tell right away that something was particularly thoughtful and deliberate about this quartet. indie folk.

Then they were on their touring debut behind the number one album, A stone, a leaf, an untraceable door. Almost a decade later, River Whyless released their fourth album, Monoflora. Still, when I visited the band in April to talk about their career, my reference to “Pigeon Feathers” and how it hooked me turned out to be a powerful starting point, and you can tell. heard on episode 207 of The String.

For one thing, bassist and guitarist Daniel Shearin makes his bandmates laugh when he says “Pigeon Feathers” remains his favorite River Whyless song, even after three subsequent albums. “I always ask to play it live,” he says. While drummer Alex McWalters calls it “a formative song” that helped the band find their early identity. “We spent a lot more time and a lot more thought into our arrangements, and ‘Pigeon Feathers’ was like the hallmark of that time for me,” says Alex. “This song has gone through four or five different versions or drafts.” He goes on to say that it galvanized the way the band would incorporate beat, especially rhythms borrowed from North African pop, into their carefully constructed sound.

Before forming an ensemble, they were friends at Appalachian State University in Boone, North Carolina. Halli introduced herself to Daniel because he was playing Beatles songs on an acoustic guitar in his dorm, and soon all four of them were close. All minus Daniel created their first band, a rock/emo ensemble called Do It To Julia. After college, things became more focused, with the new name, a strategic move to Asheville, and the addition of Daniel officially just as they released the debut album. Ryan says he was a folksinger and aware that the musical ties between the band weren’t as obvious as the personal ties. “Immediately it was like, well, that’s a weird combination. But we loved each other, so we had to make it work,” he says. “That’s always been our dynamic. There’s always had a push and a pull.

Halli’s memories of band-building include a ton of rehearsal and a few intentional tweaks to the way she deployed her fiddle. She was never a traditional Carolina fiddler, but she says the band was sometimes lumped in with the progressive bluegrass scene simply because there was a “fiddle” in the band. So she responded to that with more plucked pizzicato figures, more tapping on the instrument as a percussive instrument, and broader, more worldly influences. “I guess one way to fight that genre (perception) was to pick it up or join the African inspiration and take the violin somewhere else, or even a little Asian. You know it erhu sounds very similar to the violin, and I could imitate some of those parts and then kind of take it out of the pure bluegrass world.

The group’s deliberative process led to a real breakthrough with 2016’s We are all the light, the album that earned them national press and an NPR Tiny Desk gig among other accolades. This is for me one of the best progressive roots albums of the last 20 years, a swirling sea of ​​beautiful and groovey music enhanced by oblique but beautiful lyrics. The project tested them, however, as we learn in the interview. “We were rehearsing, practicing, three or four times a week for a long time, (during) the day jobs and just kind of going through this creative process,” Alex says. “Not to open a Pandora’s box, but we actually wrote almost an entire record before we gave up.” Their manager also gave them an ultimatum, saying she couldn’t proceed until they finished the project.

Anderson says a somewhat difficult experience led the band to reverse their process and approach Monoflora very differently. “MonofloraThe intention was to make it as co-written as possible. Come totally off guard. Maybe just chunks of songs, but for the most part let the band let the song flourish, instead of just sitting on their own and writing a whole song in their own mindset. So that was a big change. We’ve slowly maneuvered to be a co-writing band over the years through every record. But it was a major attempt to write four.

These writing sessions were followed by a 30-day self-produced session in a self-built home studio, and the results are spectacular. While the flowery opener “Heaven And Light” deploys some of the metrical quirks of the classic River Whyless sound, the album brings out more folksy ideas with longer lines and more hummable tunes. “Time Is A Holy Ghost” floats like an opium dream with Alex’s fast drumming and Halli’s distorted, distorted fiddle. “Promise Rings” offers a more pop cliche but with lyrics that celebrate saturated nostalgia, sustained in a video that draws inspiration from home videos shot while the band were still apparently in early college. A second-half favorite is “Michigan Cherry,” a cooing folksong about young seduction with a river flow and lovely plucked violin timbres.

Interviewing four band members is a challenge, but River Whyless easily passes the mic and they bounce back easily. The image that emerges is of four people brought together by something very deep, bonds that have been worth fighting for and negotiating. There is a commitment in each group. This one feels particularly powerful and patient.