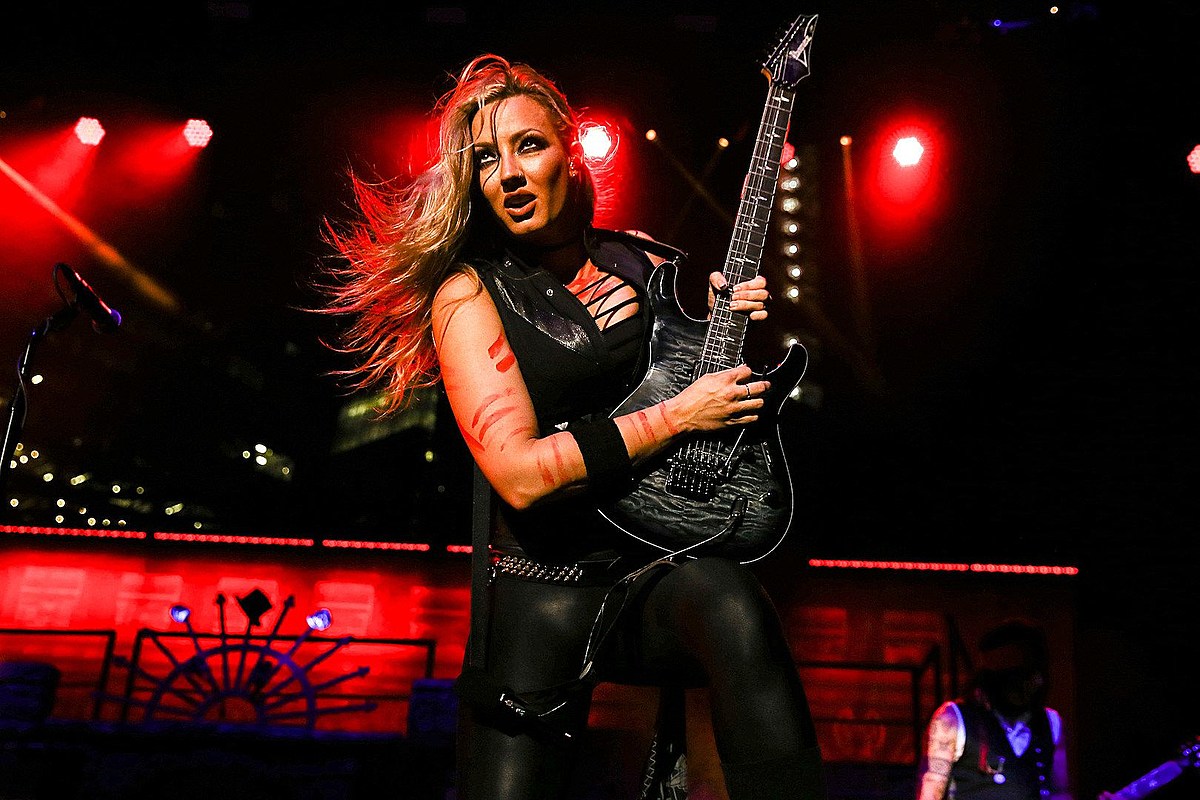 Rock guitar goddess Nita Strauss tweeted today (January 10) that her song “Dead Inside” reached # 1 on the Mediabase Active Rock charts. This is a historic event because, until today, a solo rock artist had NEVER ACHIEVED NO. 1 on the graph.

According to Mediabase, a company that tracks the most played songs on American radio week by week, “Dead Inside” overtook Volbeat’s “Shotgun Blues” to take the No. 1 spot. Nita looks ecstatic.

Nita’s full-time gig was Alice Cooper’s lead guitarist. She released her first solo album of instrumental music, Controlled chaos, in 2018. “Dead Inside” was his first musical release with a singer.

The duet with Disturbed frontman David Draiman is the first single from a highly anticipated album due out later this year. Nita recently told Loudwire Night’s Toni Gonzales that this album will feature some of her “all-time favorite singers”. The album will be split: half of the songs will be instrumental shredding, the other half with guest singers. Nita says she’s not totally ready to give up her identity as a solo guitarist, hence the mix of the two.

It has been an important year for rockers when it comes to radio broadcasting. Earlier this year, The Pretty Reckless released their 7th No. 1 song with “Only Love Can Save Me Now”. They are the only female-led group to have seven singles topped the Mainstream Rock Airplay charts. And Halestorm’s Lzzy Hale noted that in early September three female-led rock groups (The Pretty Reckless, Halestorm and Evanescence) were in the Top 10 charts, which she and Amy Lee were thrilled with.

Congratulations to Nita Strauss for this graphic feat. Revisit the song that accomplished this for her below.