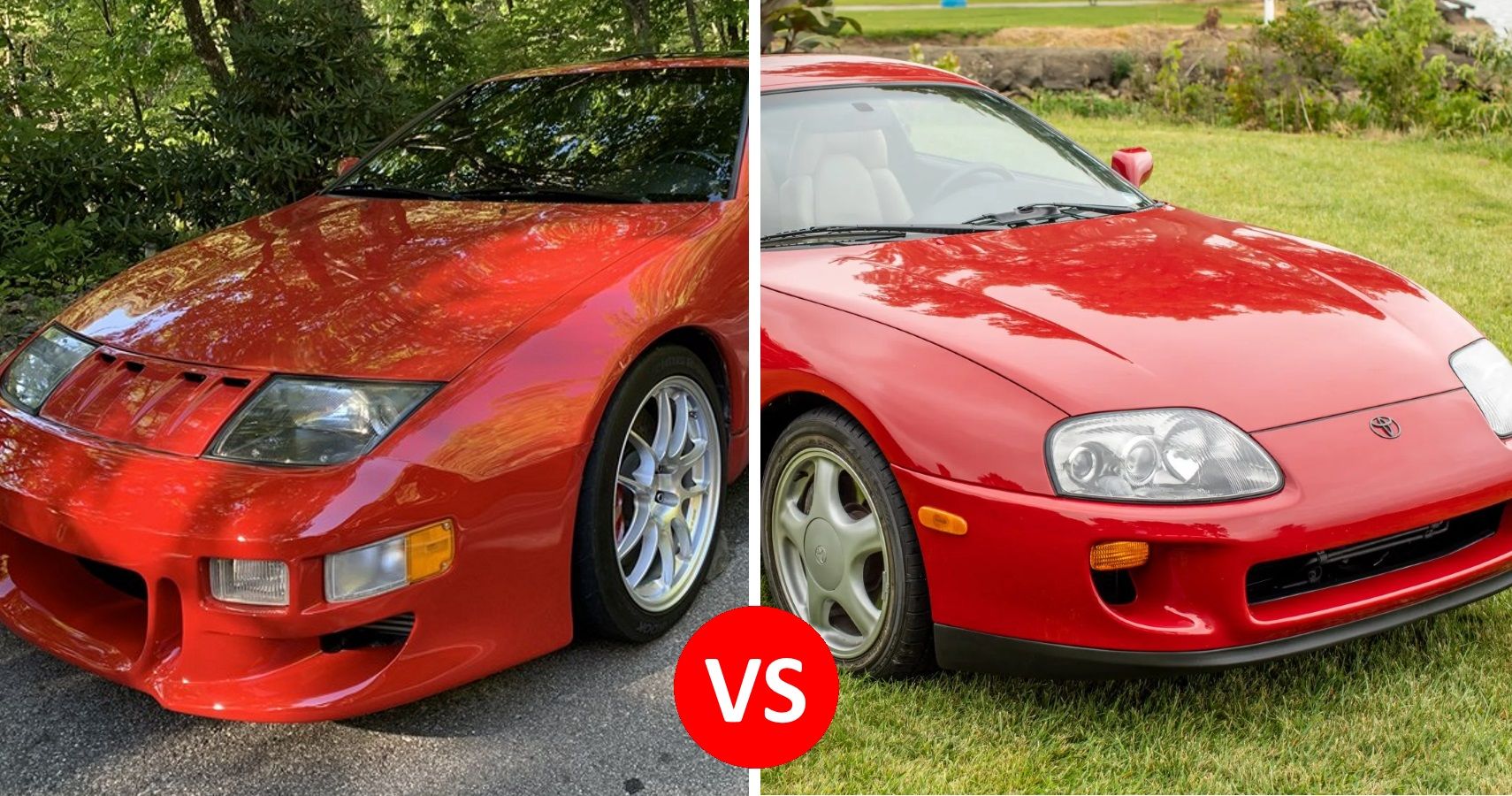 In this edition of Auction Dilemma, we take a look at the 1990s, the golden age of Japanese sports cars. It was a time when even Subaru had an offer (the SVX). Let’s look at two examples of models that have steadily gained followers and increasing prices. A 1991 Nissan 300 ZX Twin Turbo on autohunter.com and a 1993 Toyota Supra Turbo on Bring a Trailer.

By the time the fourth generation Z car was launched in 1989, the simple manner of the original 240Z had been replaced by sophistication and refinement. The Z, especially in twin-turbo form, could stand up to any mainstream sports car of the day. This Aztec Red 300ZX is not perfect; it has 96,000 miles. But the mileage is offset by an overall clean appearance which is impressive for any 30 year old car.

Inside there are creases in the gray leather seats, but the interior is surprisingly in good condition considering the age of the car. Equipment includes t-tops, air conditioning, cruise control and a non-factory-built audio system.

RELATED: 10 Things Everyone Forgot About The Toyota Supra Mk4

The fourth generation Supra (A80) represents the last pure Toyota platform for this nameplate (the current Supra shares engineering with BMW). At the same time, valuations of the A80 are reaching stratospheric levels as some cars approach and break through the six-figure mark. This Renaissance Red 1993 Supra has only 13,000 miles on the odometer and sole owner status.

With a twin-turbo setup (like the 300ZX), the 3.0-liter inline-six engine was factory rated for 320 horsepower and 315 lb-ft of torque, far more powerful than a base Corvette of the same. year. A four-speed automatic transmission controls the rear wheels.

The golden age of sports cars in Japan

From the two-seat cab to the engine setup, these cars are as competitive against each other today as they were three decades ago. The Nissan 300ZX auction has a high bid of $ 16,900 at the time of this writing and ends in two days. With a current best bid of $ 46,000, the auction for the Toyota Supra also closes in two days.

Despite their low prices, every car on this list offers the kind of grunt and freshness factor that no amount of autonomous driving can compensate.


Dave Goldberg has been a lifelong automotive enthusiast and holds a BA in Journalism from George Washington University. As he leans on European wheels for his personal driving, Dave gets excited about everything from Acura to Zagato.

How to Use a Looper to Create Acoustic Guitar Soundscapes