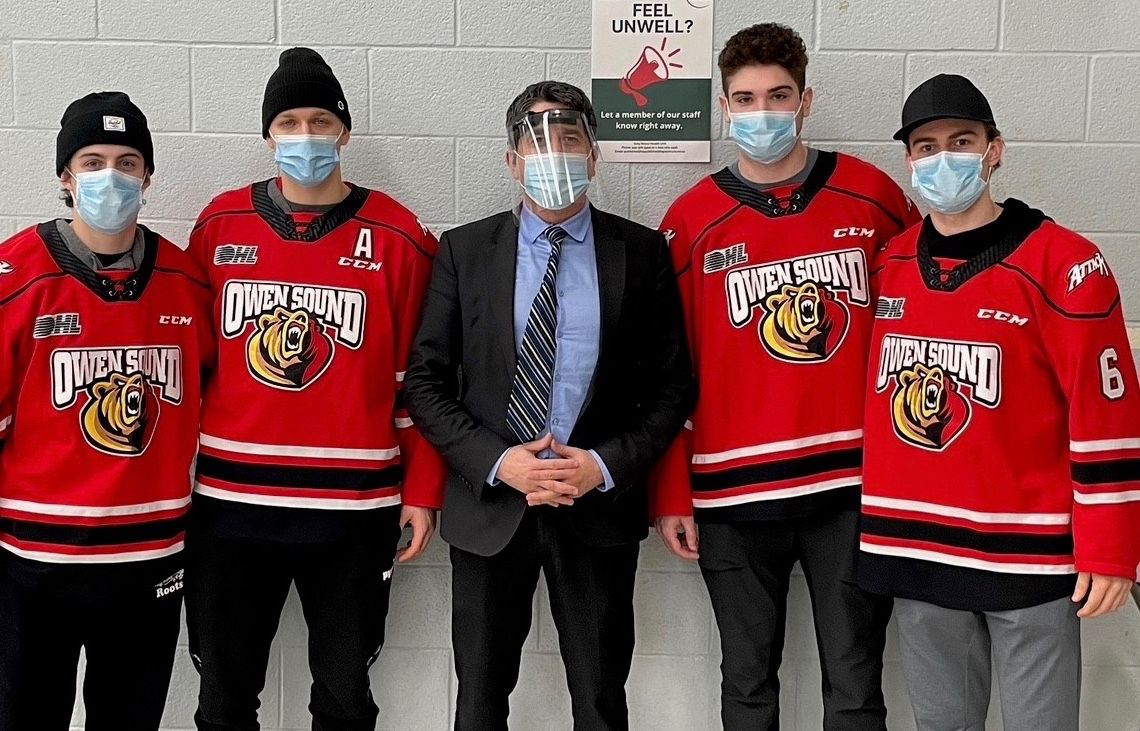 New outbreaks of COVID-19 have been reported at Owen Sound Hospital and Pinecrest Manor in Lucknow.

The Gray Bruce Health Unit declared both outbreaks on Monday. The hospital outbreak is at 6-2, the medicine unit, and involves three patients, with two staff who have tested positive but are not technically considered part of the outbreak.

“Unit 6-2 has been closed to visitors, admissions and discharges, and enhanced precautions are in place,” Gray Bruce Health Services said in a statement. “No other department in the hospital is affected by this situation.”

The statement said it is not clear whether staff are linked to the outbreak due to the growing number of cases in the community, hospital company spokeswoman Mary Margaret Crapper said.

Dr Ian Arra, the Gray-Bruce medical officer of health, said all three patients are asymptomatic and explained that staff infections have a known link to the community and were not infected in Unit 6-2 , according to an investigation revealed so far. Both staff members are showing mild symptoms, he said. Twelve other patients on the floor tested negative.

Meanwhile, the increase in local cases, not the outbreak itself, has prompted Gray Bruce Health Services to impose new restrictions on visitors across hospital society, he said.

From now on, one visitor per patient is authorized, with exceptions in palliative care and for children. Patients with scheduled appointments should also come alone, unless support is needed. See www.gbhs.on.ca/covid-19/

The outbreak at Pinecrest Manor involves three employees, each with mild respiratory symptoms, Arra said. Two residents with mild symptoms are probable cases and test results are pending. One inhabitant is not vaccinated, he said.

In Rockwood Terrace, where an outbreak was declared by the health unit on December 23, 12 residents were affected, one of whom has died. Currently, there are five active resident cases, including a new Tuesday. Six resident infections are resolved, Arra said.

Vicki’s Sandbox daycare in Hanover has an outbreak, with a resulting cohort rejected. This epidemic was declared on December 23.

The health unit reported Tuesday that it has registered 74 new confirmed cases of COVID-19, nine local COVID patients are in a local hospital and 973 active cases of the pandemic virus in Gray-Bruce.

New cases in Tuesday’s report, updated Monday at midnight, included 14 in Owen Sound, 11 in Kincardine, seven in Neyaashiinigmiing, five each in Georgian Bluffs and Saugeen Shores, four each in the South Bruce Peninsula and Blue Mountains. , three each. in West Gray and Arran-Elderslie, two each in Gray Highlands, Hanover, Huron-Kinloss, Meaford and Southgate, one each in Brockton, Chatsworth, Saugeen First Nation and South Bruce, and three cases are listed as “unknown”.

There have been 4,173 confirmed local cases of the virus since the pandemic began almost two years ago. The report says there are two confirmed cases of the Omicron variant in Gray-Bruce, with indications that there are hundreds more not counted.

There have been 25 deaths of Gray-Bruce residents attributed to COVID, the latest being a resident of the Rockwood Terrace senior home.

New criteria for testing at COVID-19 assessment centers, released by the province on Dec. 30, are being implemented at the Owen Sound center starting Wednesday, Gray Bruce Health Services announced.

The Department of Health’s new criteria aim to ensure that those who work and live in high-risk environments, including healthcare workers, can get tested for COVID-19 amid the explosion of Omicron cases.

Now, people with mild symptoms of COVID-19 who are healthy and vaccinated are urged to stay home and not to get tested. There are exceptions for those most at risk of disease and vulnerable populations.

As of Wednesday January 5, the GBHS Assessment Center will follow these new guidelines and will only test people who meet the new eligibility criteria. A full list of people eligible for a COVID-19 PCR test can be found at news.ontario.ca/en/backgrounder/1001387/updated-eligibility-for-pcr-testing-and-case-and-contact-management-guidance – in ontario.

“We recognize that this provincial ordinance is causing stress for our patients awaiting their elective procedures, and as soon as we can, we will endeavor to reschedule these appointments,” said Gary Sims, president and CEO of GBHS. , in a press release. “Until then, all urgent and emergency surgeries and procedures will be provided, 24/7, as usual.”

Elective surgeries are expected to resume by January 26. Planned endoscopy services are postponed until at least early February. The provincial guideline does not affect diagnostic imaging such as X-rays, MRIs and CT scans.

All patients scheduled for surgeries and scheduled procedures should be called by their physician’s office. GBHS asks patients to wait for instructions rather than calling their doctor or hospital.

All city council and committee meetings will be held virtually until January 31, including the special council meeting on January 7.

Public transportation will continue, but there is a limit of 10 passengers. The Owen Sound and North Gray Union Public Library remains open but with limited capacity. The Tom Thomson Art Gallery will be closed until January 27.

For more information on city-related services, visit the City’s Closures and Services update on the city’s website at www.owensound.ca/Modules/News/index.aspx?newsId = 2032d26c-9ce1-47c0-abee-a1f18c17eb31

As of January 11, the Harry Lumley Bayshore Community Center will once again be used as a mass vaccination clinic for the COVID-19 vaccine.

Members of the Owen Sound attack major Junior A team rolled up their sleeves for their recalls, administered by Dr. Ian Arra, the Gray-Bruce medical officer of health, to encourage booster shots.

“I thank the Owen Sound Attack team – the players, management and families – for leading by example,” said Arra.

Wednesday will see the start of the return of the Hockey Hub Mass Vaccination Center model to Chesley.

A complete list of public health vaccination clinics, with times and locations, can be found online at publichealthgreybruce.on.ca/COVID-19/vaccines.

Adults 18 to 59 years old who need a booster dose as well as children 5 to 11 years old should make an appointment.

Over the past seven days, 9,589 doses of COVID-19 vaccine have been administered, bringing to 303,171 the total doses administered in Gray-Bruce since the vaccines became available.