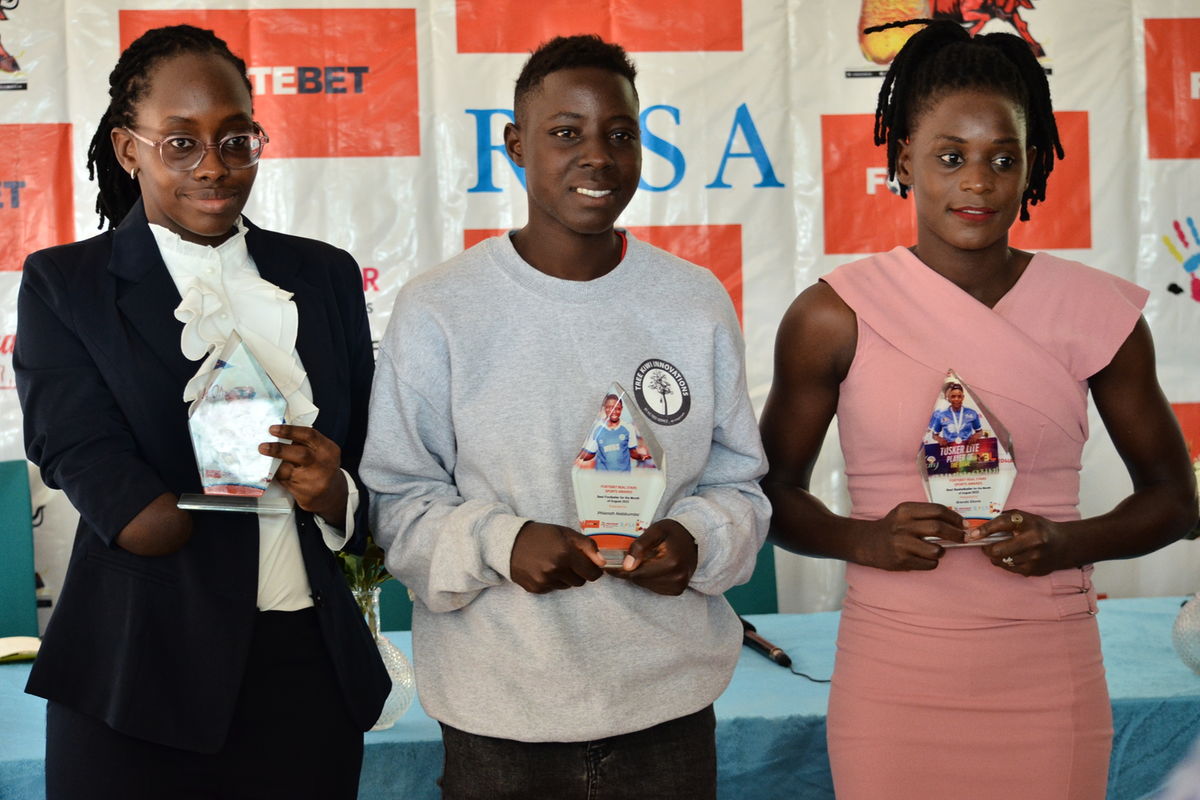 Standing side by side with a galaxy of stars is what She Corporates and She Cranes midfielder Phiona Nabbumba dreams of.

Ever since she was a child playing with boys in Entebbe at Fimbo academy, Nabbumba realized that she could fulfill her dreams by playing football.

The 22-year-old honed her career through countless hours of training before earning what she calls a lucrative contract with the She Corporates franchise at Makerere University Business School (MUBS).

“It’s the first time I’ve won this wonderful prize,” Nabbumba, dressed in skinny jeans and a matching sweater, said at Route 256 restaurant in Lugogo while accepting the monthly Real Stars prize sponsored by ForteBet in as best footballer of the month for August.

It didn’t come on a silver platter as she had to convince the coaches that her performance in the CAF Champions League zonal qualifiers in Tanzania was superior to Travis Mutyaba’s marvelous strike at the National Stadium in Dar es Salaam which gave Uganda a head start in the first round of the Chan qualifiers.

“It’s wonderful that I won for the first time to be nominated. With all due respect, my teammates and I did our best,” said the midfielder, who scored six goals and made five assists as She Corporates lost last place to Tanzanian Simba. in a thrilling finale.

“It motivates me to work even harder. I now think of playing in bigger leagues because I have fulfilled my dreams of playing at every stage in Uganda,” she said.

The versatile player even played in defense during Uganda’s bid to take part in the Women’s Africa Cup of Nations in Morocco.

Dressed to kill in a dark suit, Kukundakwe was brief in her acceptance speech.

“Now I want podium places,” she said after the usual banter.

Kukundakwe, 15, won six medals at the Islamic Solidarity Games in Konya, Turkey, including two gold, three silver and one bronze.

It was a dream come true for the teenager, who is only the second Ugandan swimmer at the Paralympic Games after competing at the Tokyo 2020 Games last year.

Her focus now is on winning a medal at the Paralympic Games or World Swimming Championships.

“I now want to use this platform to inspire other children with disabilities to play sports, especially swimming,” Kukundakwe said on the sidelines of the awards after a difficult childhood before becoming a swimming sensation.

JKL Dolphins point guard Brenda Ekone, who has lost in five previous nominations, finally came out on top in a season where she was the star of her team that finished top of the regular season.

Averaging in double digits and knocking out Nabisunsa in the quarters, Ekone was the obvious choice ahead of Ninette Uwineza (KIU Rangers) and Isaiah Mabeny Ater (KIU Titans), the other nominees.

“We are even determined to win this year’s trophy,” said Ekone.

The monthly awards are sponsored by ForteBet and Jude Color Solutions, but representatives from Cairo Bank attended the ceremony to assess their potential.

The Beatles’ Revolver Reissue Shows the Band in a New Light: ‘It’s the Record Where We Were Most Ourselves’ | The Beatles