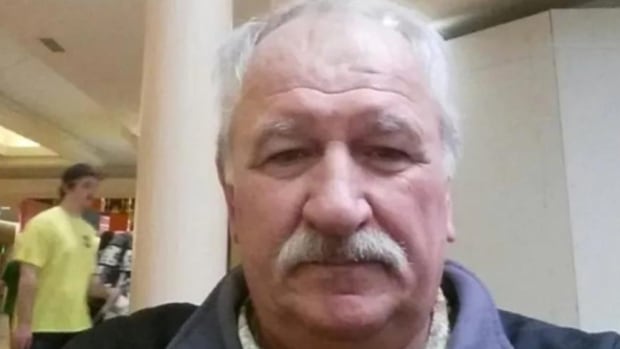 Charged killer Greg Fertuck insisted on infiltrating police in 2019 that he dumped the body of his deceased wife in a poplar stand north of a gravel pit, even though he spent two days leading them on a search unsuccessful of his remains through rain, mud and a thick bush, a Saskatoon court heard on Thursday.

The secretly recorded interactions between Fertuck and undercover cops posing as criminals were acted out in court during Fertuck’s first degree murder trial. He has pleaded not guilty to the charge related to the death of his ex-wife, Sheree, who was last seen on December 7, 2015.

In June 2019, Fertuck led undercover police to search for her body in the area north of the gravel pit she was heading towards when she was last seen. He had been tricked 24 hours earlier into revealing that he had murdered Sheree and that he was directing the men he believed to be hardened criminals towards his body so he could get rid of them.

The audio captured Greg and the men plying roads and gridded fields 85 kilometers southeast of Saskatoon, searching for the stand of trees where Fertuck claimed to have thrown his wife’s body after shooting him .

In the recordings, the men are heard discussing the practical challenges presented by insects, weather and terrain. The conversation also took unexpected turns, like the discussion of an Al Pacino movie.

They also discussed small town hotels and whether it’s better to have a basic cable plan rather than signing up for a specialty service.

And then, suddenly, the conversation darkens.

“Is she a tall woman or a short woman?” An officer is heard asking Fertuck in the recording.

“It’s okay. There won’t be anything left of her.”

Fertuck’s trial was heard Thursday by a fifth and final undercover officer who was part of a team involved in a so-called “Mr. Big”, in which police posed as criminals to confess by Fertuck.

None of the officers involved in the operation can be named due to a court-ordered publication ban.

Court of Queen’s Bench Judge Richard Danyliuk, who is presiding over the judge-only trial, has yet to determine whether any of the evidence for the sting is admissible.

The Crown had previously called four undercover agents – the agent who designed the attack, another who acted as Greg’s “supervisor” in the fake gang, one who played Greg’s best friend in the attack. gang and the agent who played “Mr. Big”, the head of the organization.

On Wednesday, the Crown called the fifth undercover agent, who had claimed to work as a killer for the gang and claimed to specialize in cleaning up evidence from crime scenes.

That officer continued his testimony on Thursday, offering a slightly different perspective on specific “scenarios” – interactions between undercover agents and Fertuck – that have already been presented by the Crown and scrutinized by the defense.

At one point in the recording that aired Thursday, the officer asks Fertuck where he got the rifle he claims he used to shoot Sheree – a semi-automatic Ruger 10/22.

Fertuck had previously said he had a collection of guns that had been seized by the police. He pleaded guilty in 2010 to uttering death threats and possessing a prohibited weapon.

“It wasn’t recorded – I paid cash,” Fertuck says in the recording.

“I bought it from a guy south of Unity.”

He also said he loaded a 25-round banana pliers for the rifle before heading to the gravel pit on the day Sheree went missing. He said he got rid of the rifle, but kept the magazine in his garage with the boots and gloves he wore that day.

The officer testified that they tried to keep the pressure on Fertuck by continually referring to satellite images the RCMP were supposed to obtain from the National Security Agency in the United States.

The high-resolution footage – which didn’t exist – would presumably show Fertuck killing his wife and lead the RCMP to where he hid the body.

It was during these exchanges that Fertuck first showed suspicion about the elaborate masquerade built for his benefit.

He asked why, if the technology existed when Sheree went missing, the RCMP did not have access to the footage at that time. Fertuck knew he was a suspect in Sheree’s disappearance from almost the day she went missing.

The officer said he was unfamiliar with how the technology worked and quickly changed the subject.

During his cross-examination of the officer, defense attorney Morris Bodnar noted how Fertuck significantly lied to the officer when they first met in Langley, B.C., claiming to have fought the night before and killing a man. Langley Police investigated and found no evidence to support this claim.

The officer responded that Greg’s lie seemed lukewarm and that he qualified it by saying that he didn’t really remember what had happened.

The officer also confirmed that after two and a half days of searching, they had not found Sheree, the black plastic sheeting she was supposed to be wrapped in or the alleged murder weapon.

The Crown expects to call the RCMP Staff Sgt. Charles Lerat, the officer who interviewed Fertuck after his arrest in June 2019.