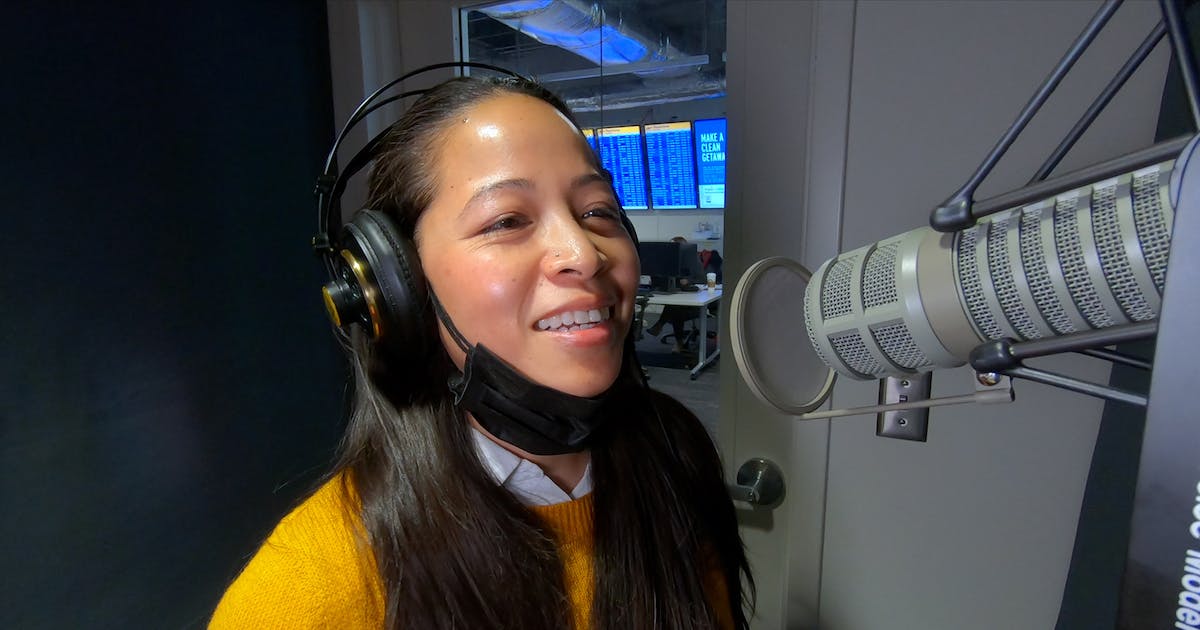 MSP employees give a soothing voice to airport announcements

When officials from Minneapolis-St. Paul International Airport has invited employees to participate in a contest to record the public service announcements broadcast daily in the terminals, a colleague nudged Lykoung Wong, who works at the Delta Air Lines employee service center. Come on, she said. Let’s do it, it will be fun.

Wong thought to himself, “What could be worse? Could I be chosen?”

Now the calm, steady voice advising MSP passengers on federal safety rules for liquids, gels and aerosols is that of Wong, a Richfield resident and Delta employee for 10 years.

“When people come to the airport, they want it to be a pleasant experience,” Wong said, adding that airport announcements should “sound like your sister or the girl next door, or the people who run a family store. They want to feel that the person is real.”

This year, 10 MSP employees were chosen in an open audition, including a chief pilot, a police officer and an artistic program coordinator.

The new announcements, recorded in an on-site studio, can be heard in MSP’s terminal lobbies and lobbies, as well as at baggage carousels and automated exits, inside airport trams and along moving sidewalks.

“We have no shortage of employees who want to lend their voices to help make MSP more enjoyable and welcoming to our millions of travelers,” Phil Burke, MAC’s deputy director of guest experience, said in a press release. Before the COVID-19 pandemic, some 20,000 people worked at the airport.

Noah Keesecker, the Airport Foundation MSP’s artistic program coordinator, needed no prodding to enter the competition. When he heard about the auditions, the Minneapolis resident said, “Something clicked in the creative part of my brain. Personal note: Must. Do. This.”

Months later, the voice of Keesecker welcomes travelers to Terminal 2, with helpful advice on parking and safety.

“It’s rewarding to use your voice to help people feel welcome at the airport. The airport does a good job, but [travel] can be disconcerting,” said Keesecker, who has a background as a music composer.

As spring break begins and the pandemic subsides, MSP sees an increasing number of passengers. Air travel during the outbreak has been difficult, with sometimes violent disagreements over mask use erupting on flights and in terminals across the country. A soothing and relatable voice can calm travel jitters.

“We’ve discovered some very talented people through the program, some who have done voice work in the past and others who are sharing their voices with a wider audience for the first time,” Burke said.

MAC officials added that the program is a chance for employees “to share their hidden or emerging vocal talents.”

But the airport police sergeant. Mark Ledbetter, the new voice warning against unattended bags, said he was fairly certain he would keep his day job. When he first heard his own ad advising travelers to keep an eye on their luggage, he was a bit taken aback. “I mean, do you like the sound of your voice?” he asks.

Ledbetter, from Minnetonka, hears his voice non-stop as he patrols the baggage claim area.

Wong agrees that hearing your own voice while walking through the airport can be, as they say in Minnesota, different. “I was like, ‘That’s cool. Does my voice really sound like that?'”

Wong, MSP’s new voice for the Transportation Security Administration’s 3-1-1 rule, noted that her fiancé works as a TSA agent at the airport.

“Now he hears my voice all day at work,” she said.

Assistive Robotics Market to Reach $25.1 Billion by 2027, Driven by Health and Social Needs