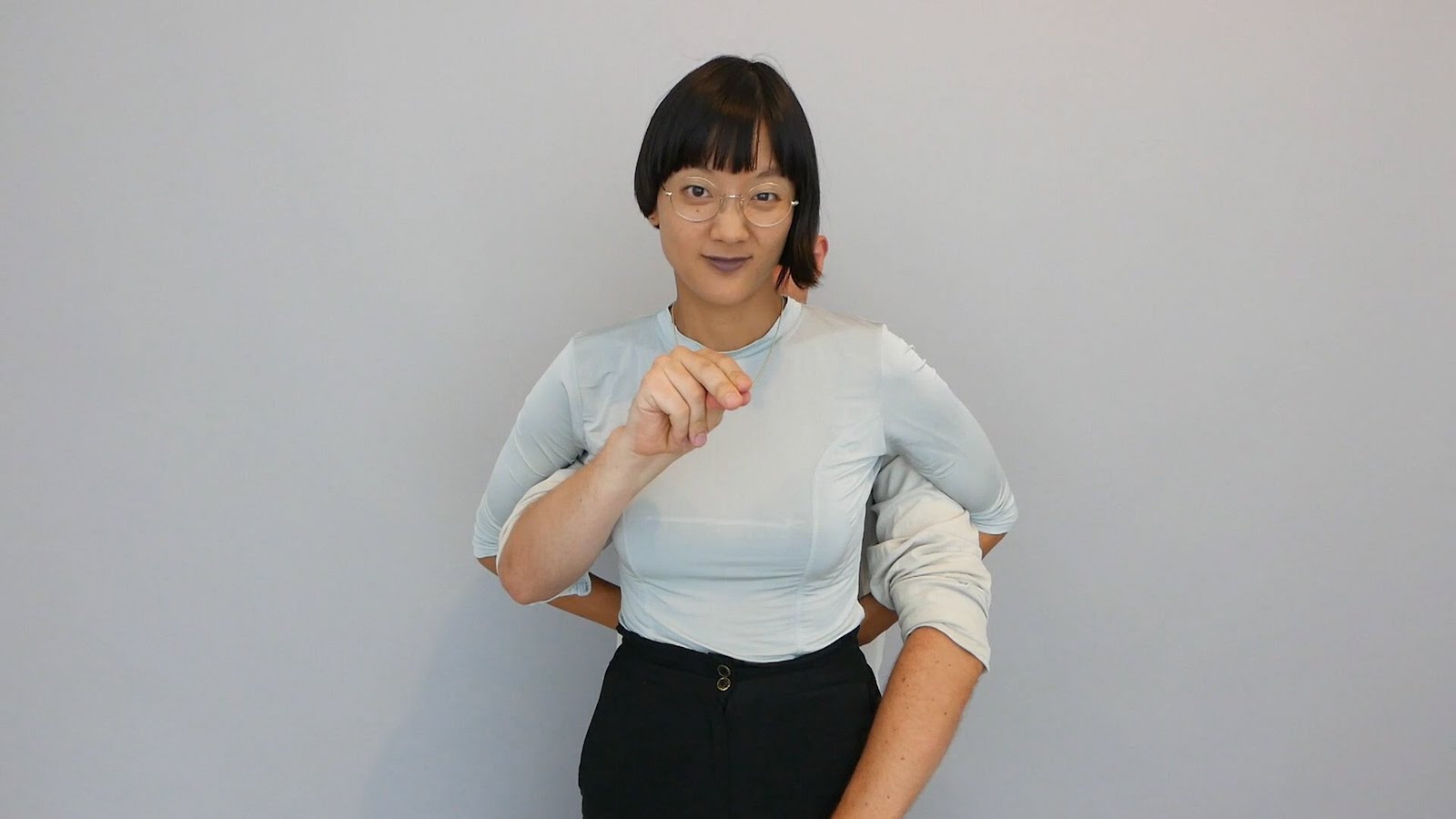 Mis/Communication spotlights artists examining the intersection of language and power

A central work is the video by Martine Syms Notes on the gesture (2014), which features a young performer repeating short expressions accompanied by bodily gestures inspired by the AAVE. Repetition removes these sentences from the context of the conversation and loops them instead until they start to lose their meaning. sentences like real talk, stopand check yourself, accompanied by a clap back, lip smack or hair flip, are caught in a grueling loop – much like AAVE’s intense cultural circulation and manifestation on social media platforms in the form of GIFs and memes, through which it becomes vulnerable to appropriation. Yet the loop’s glitch effect intentionally miscommunicates meaning, simultaneously denying appropriation.

In the collaborative video Tables and windows (2016) Christine Sun Kim and Thomas Mader take turns using ASL and body language to describe different objects. Based on a study that determined that deaf students are able to describe objects in rooms with more nuance than hearing students, the work illustrates the complex and emotional communication powers of sign language. Decentralizing speech as the dominant mode of language, the piece presents sign language as a much more embodied and informed method of expression.

Other works address indigenous and pictorial languages, such as the series knowledge of the world (World Knowledge) (2011-14) by Frédéric Bruly Bouabré (also known as Cheik Nadro), a set of painted cards intended to illustrate his native language Bété, an oral language in Côte d’Ivoire on the verge of extinction due to the imposed colonial use of French. Conversely, Jisoo Chung and Kim Schoen question certain aspects of English, exploring the dangers and pitfalls of voice recognition technology and “academic language”, respectively. In Chung’s video, Museum ways for Siri (2016), Apple’s speech recognition technology misunderstands the voice of the artist, revealing the AI’s implicit bias against non-native English speakers with accents. His attempt to play the transcript results in an absurd comedic performance. In Schoen’s video, The horseshoe effect (2013), a seemingly scholarly lecture on objects in a familiar but unnamed museum soon descends into nonsensical academic jargon, exposing the elitism and control of academic rhetoric.

The exhibition champions many emerging and mid-career international artists, many of whom have not yet been recognized by major art institutions, perhaps because their work challenges some of the linguistic and cultural hierarchies that museums often perpetuate. It is significant that an academic gallery addresses these hot topics of colonialism, ableism, and Western supremacy as academia goes through its own moment of reckoning. miscommunication holds up a mirror of the language’s many blind spots, reflecting the cultural and political inequalities that shape it.

A round table parallel to the exhibition will take place on March 9, advance registration required.

What is a Condenser Microphone?