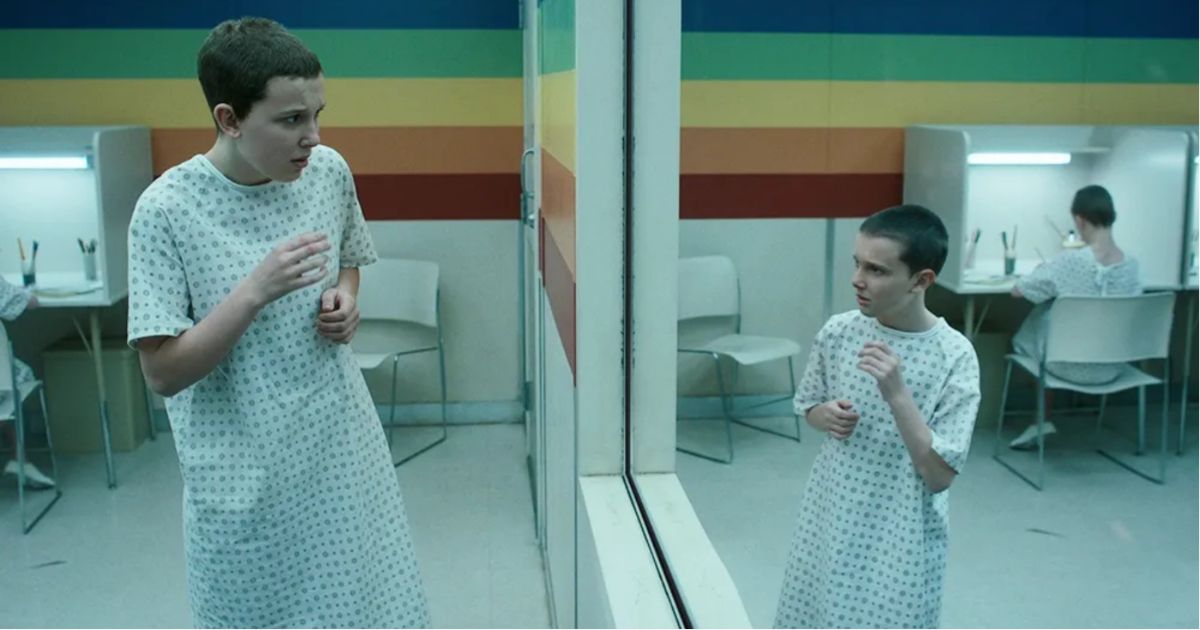 This article contains spoilers for the current season of Stranger Things.

During an interview with Variety, Millie Bobby Brown sat down to discuss Eleven’s journey into stranger things 4, like what it was like to film Eleven reliving her early years with the Nina Project. Most of the scenes use footage of Brown, but some shots involved a younger stand-in, Martie Blair of The young and the restless. Brown worked extensively with Blair to capture how young Eleven would act.

“It was really important to me to help her through it because I really didn’t have anyone to help me figure out who Eleven was going to be. I would come in front of my scenes and lead her through everything. I I was hiding behind the wall and screaming with her when she was worried about screaming to use my powers I was helping her with some of her facial twitches and things like that – very specific things that probably no one would even say, but me. watching the show, I couldn’t live with myself if I didn’t help him through it.”

After they finished filming, they inserted Brown’s face into Blair’s during post-production. In order to get everything in sync, Brown had to go through this process called the Lola machine. For three days she worked in this room and did all of Blair’s scenes except with just her face. According to Brown, “It was a really interesting process – definitely once in a lifetime.”

“I mean, it still shocks me what we can do on our show. I was so happy with the result. And, you know, Martie’s performance was amazing. They just had to add my face to it. This mix of all of us working, collaborating together – it was so weird, so different.

A difficult part of filming the flashback sequences had to be inside the Nina Reservoir. Brown had to lie in a saltwater tank for 10-12 hours a day for a few days. Everyone was moving around her, she couldn’t get out and she couldn’t hear anyone. So when Brown got notes from a microphone, she just hoped she was doing what they might be saying.

“Also, I suffer from claustrophobia, so when we closed the tank, I was really like, ‘Oh my God, I’m eleven, I’m really going through this.’ Obviously what she had to go through, reliving those memories, was probably harder, though, than a tank.

Brown was also asked about what it was like to get into Eleven’s mindset at that age. As Brown explains, Eleven was raised in an asylum with a man she is not biologically related to but emotionally and psychologically attached and connected to, so she suffers from severe Stockholm Syndrome. Something Brown wouldn’t have known at age ten.

“But now that I’m 17, going back to that 10-year-old me, I’ve learned all this new information about Eleven. So I’ve been able to bring a whole new dynamic and perception to Eleven that I never had. been able to explore because of my youth. This person who hurts him, Dad, is also the one who loves him the most. And to face him again, in this relationship so destructive and so painful, has been the one of the hardest things I’ve had to do on the show.

The hardest thing Brown had to do as a young actor, not just for the show, but for his career, was portraying Eleven recovering from dissociative amnesia. A scene that coincides with the ordained character of Jamie Campbell Bower, newly revealed to be the villainous Vecna, giving this monologue explaining his character’s motive and asking Eleven to join him.

“She must really remember something that her brain protected her from. So this conversation, she doesn’t remember because our brains are protecting us from it. I almost have to pretend that I’ve already experienced it, which was also very difficult, and then to relive it again. It’s so emotional and so confusing, because this little person receives all this information and is almost invited to join him in this diabolical, demonic journey that he wants to go on.

Flight. 2 of stranger things 4 will arrive on July 1. It will be followed by a fifth season, which will also be the last of the series. When asked what she would like to happen in the final season, Brown replied that she would leave that to the Duffer Brothers, as they always did whatever she wanted for Eleven.

“I know that’s a really boring answer, but I don’t think about it. As soon as I arrive on set, they tell me what I’m doing, and that’s it. Let geniuses be geniuses and actors act.

[Exclusive] 2 Ola electric cars to launch in 2023, affordable electric scooter in the works