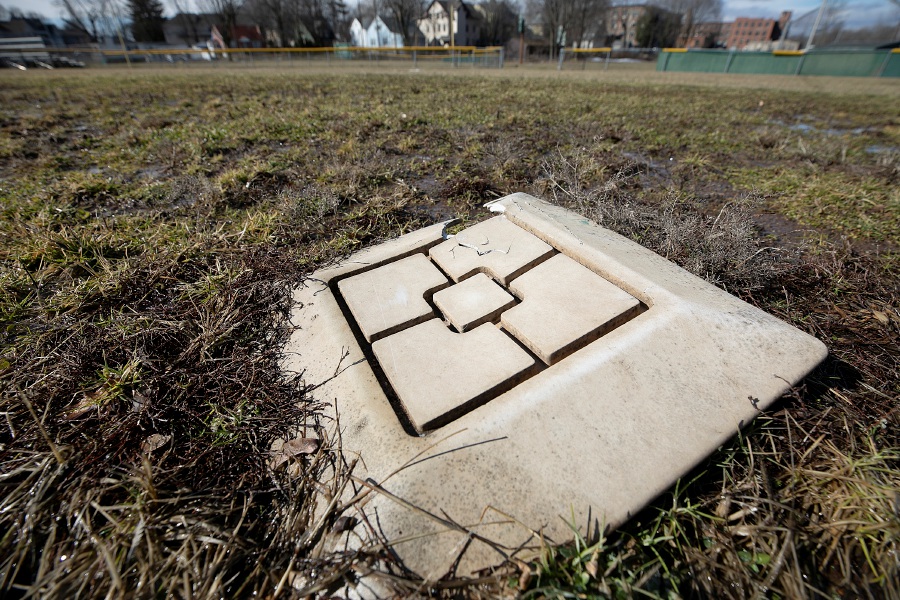 MERIDEN – Discussions between city officials and Meriden Little League representatives are ongoing after league executives raised concerns over the future use of its longtime homes – North End Field on Britannia Street and the Ed Walsh complex on Overlook Road.

The concerns were revealed in a letter the Meriden Little League board sent to their families on Sunday. In the letter, which was shared widely on social media, the board raised concerns that a new five-year deal proposed by city officials offers few long-term guarantees. regarding the league’s future ability to use North End, formerly known as the Jack Barry Complex and the Ed Walsh Complex.

In 2019 Little League Jack Barry and Ed Walsh merged to form Meriden Little League. The league, which has 26 teams, uses both complexes for practices and games. Children from 4 to 16 years old participate.

Last October, Board of Education officials announced that North End would be among the city’s sports grounds to be upgraded with new turf surfaces as part of a $2 million investment that also includes the facility new outdoor classrooms on the sites of several schools in the city. The projects, funded by federal COVID-19 relief funds received by the school district, are expected to start in the spring. While the project is ongoing, the North End lands will not be available for use by the league or other entities.

According to the league’s letter, executives worked with parks and recreation officials to share concerns about access, including fears the league could not use the grounds.

“We immediately acted and entered into discussions with the city administration, providing them with evidence of the frequency of use of these fields and the complex,” the letter said.

At the time of writing, league officials said the two sides had been unable to resolve their differences.

The league was responsible for maintaining city-owned land in the past, Viger said. He said leaders were fine with the city taking over maintenance and with the project itself.

“We are not trying to stop this project. We don’t try to get them [the fields] be exclusively for Meriden Little League – as long as we have an equal and flexible deal similar to what we had for Barry Little League and Ed Walsh,” Viger said.

Viger said that with the exception of 2020, when the COVID-19 pandemic first arrived in Connecticut, the league saw an increasing number of kids participating. In 2020, the league pushed back the start of its season and did not offer baseball to anyone under the age of nine.

The league did not use the North End Complex that season, but only used Walsh Fields.

Mayor Kevin Scarpati and School Board Chairman Rob Kosienski Jr. issued a joint statement after the league’s letter was released.

In the statement, Scarpati and Kosienski said: “The proposed refurbishment of the Britannia Street grounds will significantly benefit the entire neighborhood and provide the children of Meriden with the opportunity to play in a state-of-the-art sports complex on a surface reliable game. This will minimize game cancellations and the hassle of rescheduling contests. The installation will also be low maintenance and will require little to no field preparation from our League volunteers.

The couple said the city “takes pride in promoting quality fields and parks for our families and residents to enjoy. Over the years, we have worked successfully with many organizations and leagues, including our school board, to ensure that all grounds in the City of Meriden are safe, orderly, and ready for competitive play. The statement describes the renovation as a “huge win” and a “unique opportunity to revitalize a neighborhood and provide an incredible sports complex for residents.”

He described the Jack Barry/North End complex as having overgrown fields and showing signs of wear and tear. “… [I]It became apparent that the facility needed renovations, maintenance and upgrades. The neglected baseball complex was becoming an eyesore for the whole neighborhood,” Scarpati and Kosienski said.

The renovated land would be managed by the Department of Parks and Recreation, which “will ensure maximum use for the children of Meriden,” the statement said. “Meriden Little League and others will have ample opportunity to use these grounds, when not in use by Meriden Public Schools, as their games are played after school during the week, and only throughout the spring sports season. Additionally, we do not anticipate any changes with the use of the Ed Walsh Complex by Meriden Little League.

Viger said city officials’ assertion that the North End fields were not maintained when not in use was inaccurate.

“The fields have always been maintained,” he said. In 2021, both fields were “widely used”.

“We needed both complexes and access to as many pitches as possible because we have 26 teams,” Viger said.