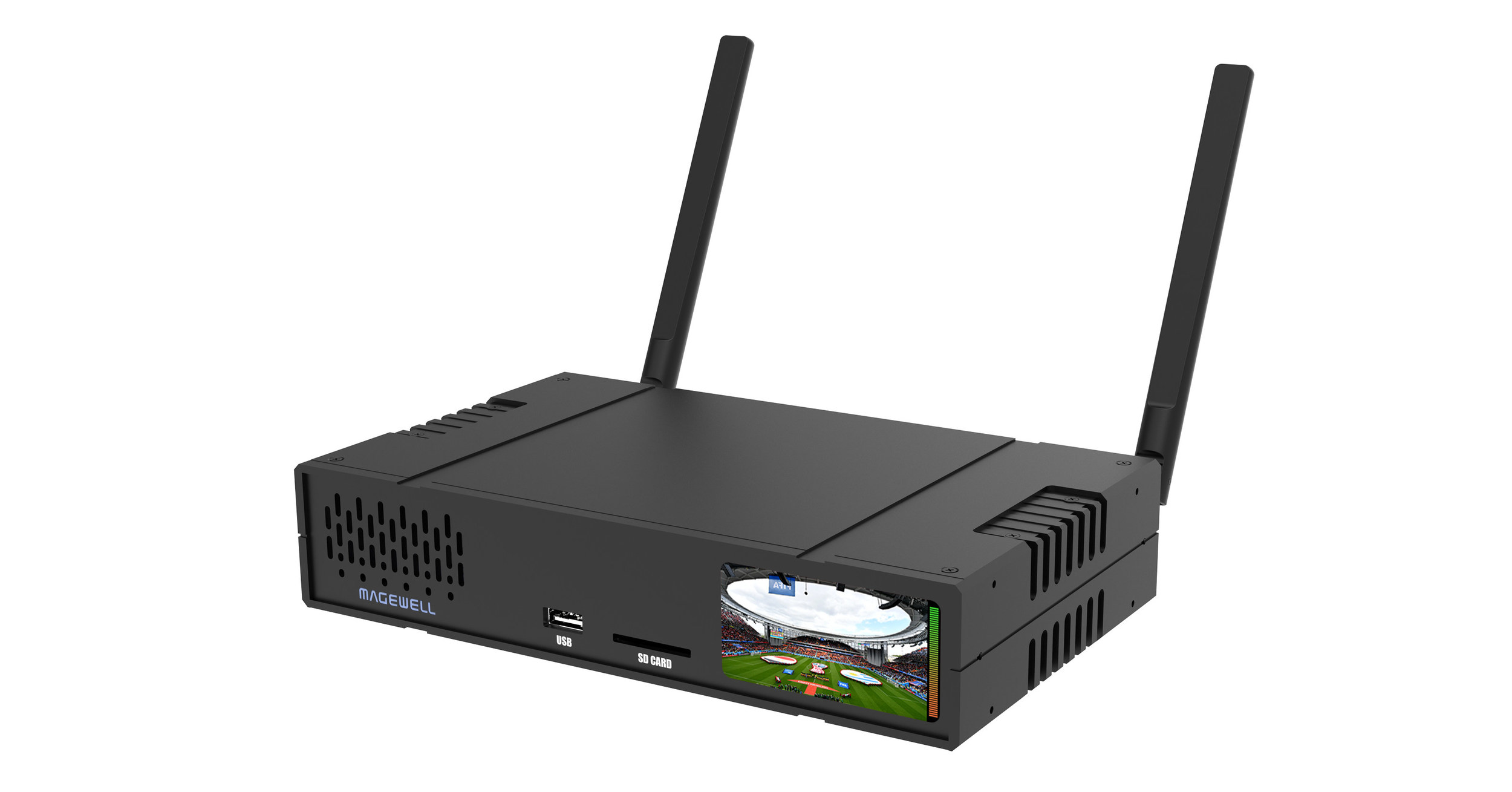 The new Ultra Encode AIO builds on the versatility and feature richness of other Ultra Encode models with HDMI and SDI connectivity, 4K encoding, file-based recording and more

Magewell will showcase the new encoder at the upcoming IBC2022 exhibition at amsterdam (September 9 to 12), where the company will exhibit at stand 7.A40.

“The rich feature set and versatility of our Ultra HDMI encoding and Ultra Encoder SDI have made them hugely popular with streaming and production professionals as well as system integrators, and we’re excited to expand the family with the new Ultra Encoder AIO,” said James Liu, Vice President of Engineering at Magewell. “Ultra Encoder AIO takes the capabilities of its siblings to a whole new level for advanced professional use cases, from recording and 4K encoding to greater flexibility for multi-destination streaming.”

Ultra Encoder AIO supports multiple video encoding formats including H.264, H.265 (HEVC), NDI®|HX 2, and the new NDI®|HX 3 – and a wide range of delivery protocols including RTMP, RTMPS, SRT, RTSP, RTP, HLS and TVU’s ISSP technology. Video can be encoded at resolutions up to 4096×2160 at 30 frames per second from HDMI sources, or up to 1080p HD at 60 fps from the device’s 3G-SDI input.

The single channel Ultra Encoder AIO can encode a live input source – HDMI or SDI – or mix video from HDMI and SDI inputs (picture-in-picture or side-by-side) into a combined output. Video can be encoded at bitrates of up to 32 Mbps, while up to eight channels of audio can be encoded in AAC format. Two simultaneous encoding profiles with distinct combinations of resolution, frame rate and bitrate can be specified, and up to eight user-configurable overlays – including text, images and clock – can be applied to each profile.

Ultra Encoder AIO can be configured, monitored and controlled through its browser-based web interface – accessible via any computer or mobile device, with a layout optimized for smartphones – with centralized management of multiple units available through the Magewell Cloud Software. In addition to manual control, scheduled streaming and recording is also available via the web user interface, while the device’s touchscreen LCD provides status information and instant previews. HTTP-based APIs are also available for system integrators and third-party developers to integrate Ultra Encoder AIO in their solutions.

Ultra Encoder AIO the devices measure 214.9 mm (8.46 inches) by 128.2 mm (5.05 inches) with a height of 44.55 mm (1.75 inches). Pairs of units can be rack mounted with included mounting hardware. The device can be powered via PoE (Power over Ethernet) or via the included power adapter. In addition to HDMI and SDI video inputs and loop-through connections with built-in audio support, Ultra Encoder AIO also offers line-level analog audio input and output. For network connectivity, the encoder has built-in Wi-Fi and an RJ-45 Gigabit Ethernet port, as well as support for optional third-party 3G/4G broadband modems.

Ultra Encoder AIO should begin shipping in the fourth quarter. The existing Ultra HDMI encoding and Ultra Encoder SDI models continue to be available for customers who only require a single input connectivity standard and do not need the additional advanced features of Ultra Encoder AIO. Meanwhile, Magewell Ultra Flux Encoders remain the go-to for non-professional or less experienced users with fairly simple live streaming and recording needs.

Copyright 2022 Nanjing Magewell Electronics Co,Ltd. All rights reserved. NDI|HX is a registered trademark of Vizrt Group. All other trademarks are the property of their respective owners. #NDI