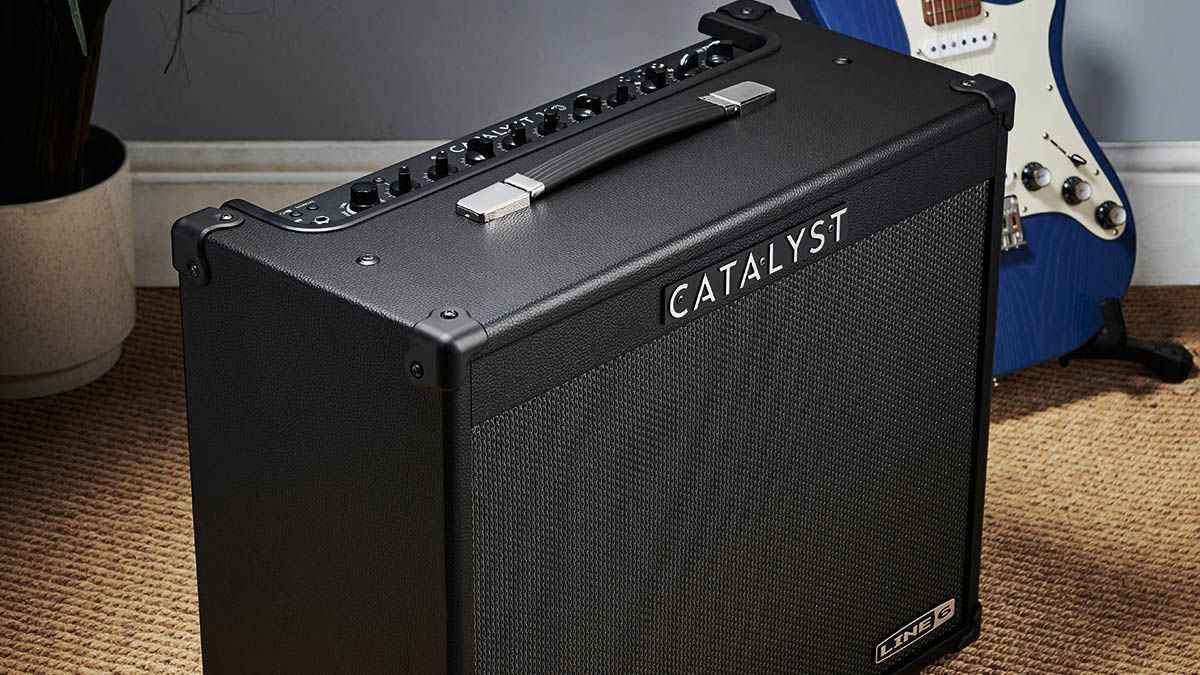 Line 6 is one of the pioneers of digital amp modeling, with a history that dates back to 1996 and the original AxSys 212.

However, it was the arrival of POD a few years later that really cemented the company’s reputation and changed the face of guitar amplification.

While POD separated amp modeling and speaker and power effects technology, Line 6 continued to develop “proper amps”, moving on to the long-running Flextone and Spider series. Besides the base lines, there were models that pushed the envelope in various directions, like the Vetta, HD147, and the Bogner-designed Alchemist.

During this time, Line 6’s modeling technology has been refined and expanded into countless products, including the Variax modeling guitar system, stompboxes and rack effects, culminating in the award-winning Helix, which has become almost a industry standard for studios and professional gamers worldwide. .

Now part of the Yamaha group, Line 6 has returned to its roots with the Catalyst: a new line of affordable two-channel modeling amps that combine the latest HX voicing technology with guitarist-friendly features and controls.

Line 6 has always produced beautiful amplifiers and the new Catalyst is no exception, with a particleboard cabinet trimmed in heavy-duty matte black vinyl and a smart speaker grille with a subtle pattern accented with sparkling wire.

The neo-classic grille and logo add a touch of class, giving the Catalyst a smart yet understated visual appeal. The generously deep cab supports a single rear-loading 12-inch Line 6 HC100 speaker specially designed for the Catalyst. Its large ceramic magnet indicates that there is no shortage of headroom on this amp.

The electronics are contained inside a sturdy steel U-shaped chassis which is bolted to the upper rear of the cabinet, with one side of the ‘U’ forming the upper control panel.

It’s all a PCB as you’d expect and there are boards for the top and rear panel controls, as well as a larger board on the base of the chassis for the power supply and output stage. Everything has been neatly arranged and the assembly seems solid enough to handle live gigs.

Effects and reverb are managed by separate level controls and illuminated button switches that turn effects and reverb on or off and enter edit mode when held. A multicolored LED indicates which effects are active, while a third button enters tap tempo or activates the Catalyst’s onboard tuner. The last control on the far right is a non-programmable master volume.

Rear panel features include an output power selector offering full or half power, as well as a 0.5 watt setting and mute option for quiet recording. Next to this is a USB “B” connector, which connects the Catalyst to a desktop for recording or in-depth patch editing using the Catalyst Editor application.

The Catalyst can be remote controlled via MIDI. Alternatively, there’s an optional two-button switch that toggles between Channels A and B and toggles the Boost function.

Other connectivity options include an aux input and headphone output, as well as a serial effects loop and a handy direct out on balanced XLR which has booth emulation and a ground lift switch.

The Catalyst 100 is a sleek, well-presented amp ideal for live, studio and home use, and has all the features most players need and a smart simplified control panel.

Catalyst voices are original Line 6 amp designs, created using technology from its acclaimed HX library. They’re called Clean, Boutique, Chime, Crunch, Dynamic, and Hi Gain, and while there are no direct references to the classic amps that may or may not have been used for inspiration, your ears may pick up some echoes of Fullerton, Santa Cruz, Bletchley, Dartford, Seattle (maybe) and Petaluma if you listen carefully.

With careful composition, these virtual amps breathe and respond convincingly like proper tube circuits in that there is little noticeable difference at lower volume settings. Each voice also has its own custom boost function, with programmable level control and on/off switch.

Used live some of the high gain sounds were a bit muddy and we recommend using the excellent speaker-compensated XLR output in a PA to improve definition. Recording with the Catalyst is fairly easy using the XLR or USB outputs, with little to no additional processing required.

The effects are excellent with warm delays, lush choruses, Uni-Vibe style effect and rotary speaker models combined with pitch shift, fuzz and synth options. The level controls don’t seem to have much adjustment at the lower end of their travel, so the mixture is either too little or too much. However, this is easy to fix from the editing app if needed.

The Catalyst also has its own effects loop, which can be switched to “power amp” mode if you have an external multi-effect and just need the Catalyst’s power supply and speaker.

Programming is easy (after a quick read of the manual). The default setting of the Selector knob cycles through the amp’s voices, and to access patches in the Catalyst’s bank, you hold down the manual button for a few seconds before turning the selector.

Similar operations with the effects and reverb knobs provide access to the Catalyst’s 18 effects, arranged in three color-coded groups of six for delay, modulation, and pitch, with a separate group of six reverb types. types, including hall, chamber, room and spring types.

After sorting your sound, you save it for easy recall in channel A or B of any bank – just press the A or B buttons on the top panel. Or you can leave the amp in manual mode, in which case all knobs and buttons are active.

The Catalyst’s relative simplicity of controls makes it a great amp for quickly grabbing a tone and going, while control freaks will be pleased to know that the MIDI input jack accepts patch changes and continuous controller commands. However, we think the optional two-button footswitch that toggles channels A/B and boost is all most gamers will need.

There is another way to access Catalyst features, including a number not found on the control panel, and that is by using the Catalyst Edit app, which is available for Windows, Mac, iOS and Android. The app connects seamlessly via USB and provides a real-time display of amp parameters, letting you select amp voices and effects and write them into the amp or record them out line.

You can also upload and download patches from Line 6’s CustomTone Marketplace. Additional features include a noise gate and in-depth editing of amp and effects parameters, with options such as pre and post amp positioning , sag and polarization.

There’s even a slightly ironic option to add artificial mains hum for authentic vintage gnarly, but no choice of 50Hz or 60Hz. The app also accesses the Catalyst’s direct output speaker modeling, giving you the choice of three speaker types and no less than 16 microphone options.

Although Line 6’s Catalyst is familiar and simple to use, there’s just enough under the hood to satisfy those who like to tweak things. As a result, it’s a lot of fun to use, despite some relatively minor issues, which could easily be fixed via future firmware updates.

That said, the Catalyst’s sounds and effects are inspiring, pushing you to play better to get the most out of them, while the range’s prices are very affordable – the Catalyst 60 is likely to sell out on the street under the bar. magic of $300 / £250. , which makes it an excellent “first good amp”.