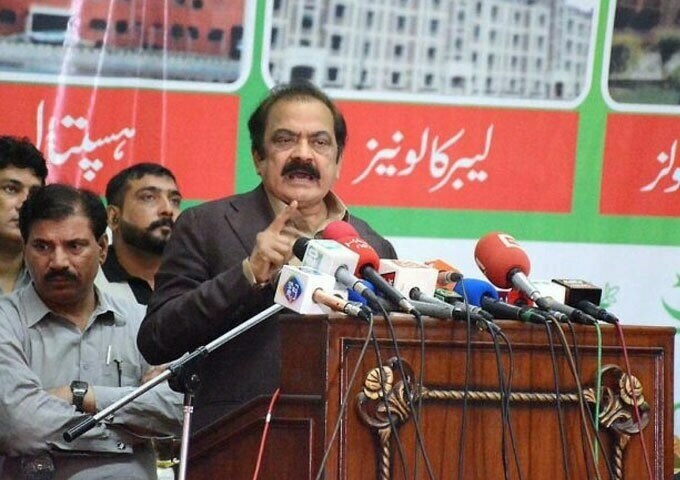 Addressing a press conference, the leader of the Pakistan Muslim League-Nawaz (PML-N) accused the former prime minister of dividing the nation with his “lies”.

Sanaullah criticized the PTI leader for his continued “lies” that his government was the prey of a foreign plot.

“Today his whole plan was laid bare,” he said.

He said it was important to put every word of the video in front of the public to “expose the fraud committed by this conspirator”.

After playing the leaked audio in front of the media, Sanaullah said the conversation was proof that “they [the PTI] were trying to create a conspiracy. He quoted Imran Khan from the leaked audio, allegedly telling his principal secretary Azam Khan to “just mess with it”.

He further stated that the two “altered the minutes of the meeting and replaced it with a fabricated story that feeds into the PTI narrative.” The leadership of the PTI has been destroying the country with its “lies” for six months. During his tenure, he destroyed the country’s economy, political culture and isolated Pakistan internationally, that’s why India decided to attack Kashmir, when our country was in a vulnerable state. he said.

It has caused irreparable damage to Pakistan politically, morally and economically, Sana argued.

Sanaullah also reminded the PTI leader of sending the figure to Pakistan’s Chief Justice Umar Ata Bandial in April, saying, “You went to the Supreme Court to ask for an investigation into this. You can now go and submit the plea and we will accept it, concede it and accept it ourselves.