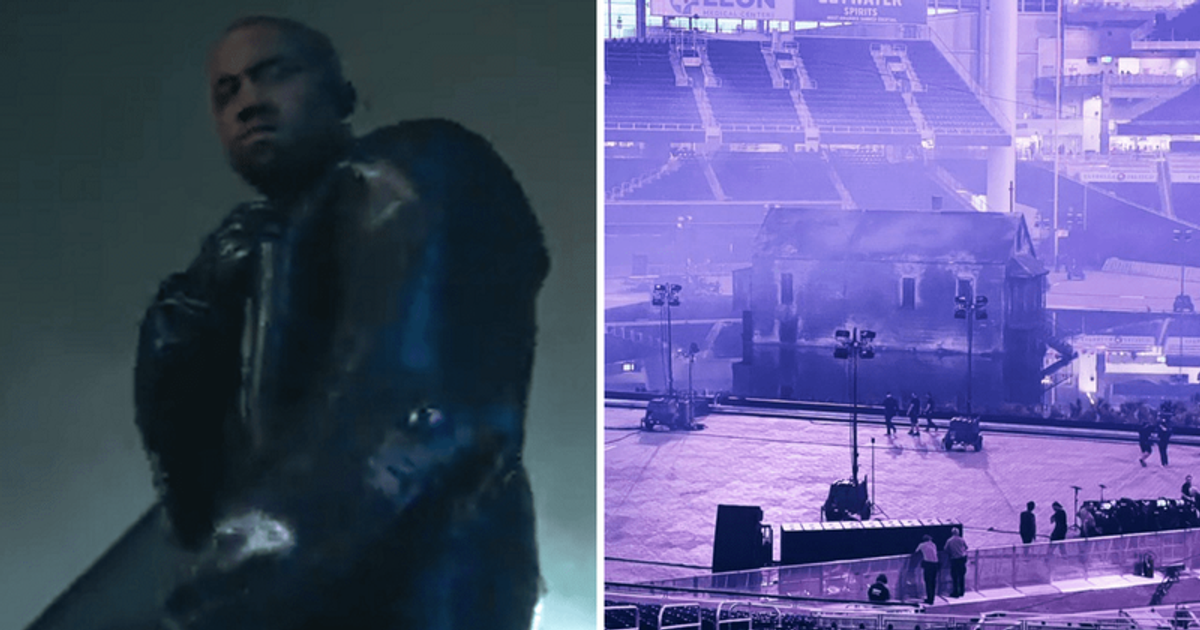 Billed as “DONDA 2 listening and DONDA 1 performing,” Kanye West hosted a live stream event for “Donda 2” at LoanDepot Park in Miami on Tuesday, February 22. The 44-year-old rap icon quickly broke the internet after bringing in a bunch of artists like Alicia Keys, Marilyn Manson, DaBaby, Playboi Carti, Fivio Foreign, Migos, Pusha T and Jack Harlow for stage performances. All was well until their performance was hampered by poor audio engineering.

The long-awaited ‘Donda 2’ event, which also streamed live on the Grammy-winning rapper’s Instagram page, was quickly brutally trolled on Twitter as many followed the sound crew while sharing the names of the team members. Social media users followed the sound engineering team saying that Kanye West was probably going to fire the whole team. Kanye West’s “Donda” was released in August 2021 and its sequel “Donda 2” will hit the internet on February 22 but only on Stem Player.

What is Stem Player? Kanye West says ‘Donda 2’ will only air ‘on my own platform’

Kanye West first decided to screen the “Donda 2” event in IMAX theaters and later announced that the event would be viewable, but only on the official Stem Player website. However, Kanye quickly landed on Instagram Live making the event more accessible to music lovers. Jack Harlow performing with Ye, Manson and DaBaby on stage again like last year and Alicia Keys’ incredible performance despite audio issues were among the hottest talking points.

“Someone sabotaged #DONDA2 on purpose”

Reacting to bad audio issues, one of the users said, “Kanye is going to crumble after this audio team disaster.” Another added: “Son, someone sabotaged #DONDA2 on purpose, this is crazy.” While, one posted, “Can’t wait to see Kanyes Instagram posts on audio later lmaoooooo.” Another shared: ‘Audio crew not coming home today after what they did to kanye #DONDA2’ And, one added: ‘

Meanwhile, one user tweeted, “You’re going to jail tonight for whoever screwed up this audio.” And, another added: “The mic and audio producer really need to go to witness protection after this #DONDA2” The next shared: “Audio guys better hurry up and get out from the grid before taking revenge on their entire family.” While one individual said, “WHAT’S UP WITH THE AUDIO TEAM???? THEY ARE ALL ON CRACK OR SOMETHING???? And, one user concluded, “Brother, this event in live donda 2 is f**kin sad the audio team needs to be sued for my show boi kanye.”

WHAT’S UP WITH THE AUDIO TEAM???? THEY ARE ALL ON CRACK OR SOMETHING???? #DONDA2

This article contains comments made on the Internet by individuals and organizations. MEAWW cannot independently confirm these and does not support any claims or opinions expressed online.