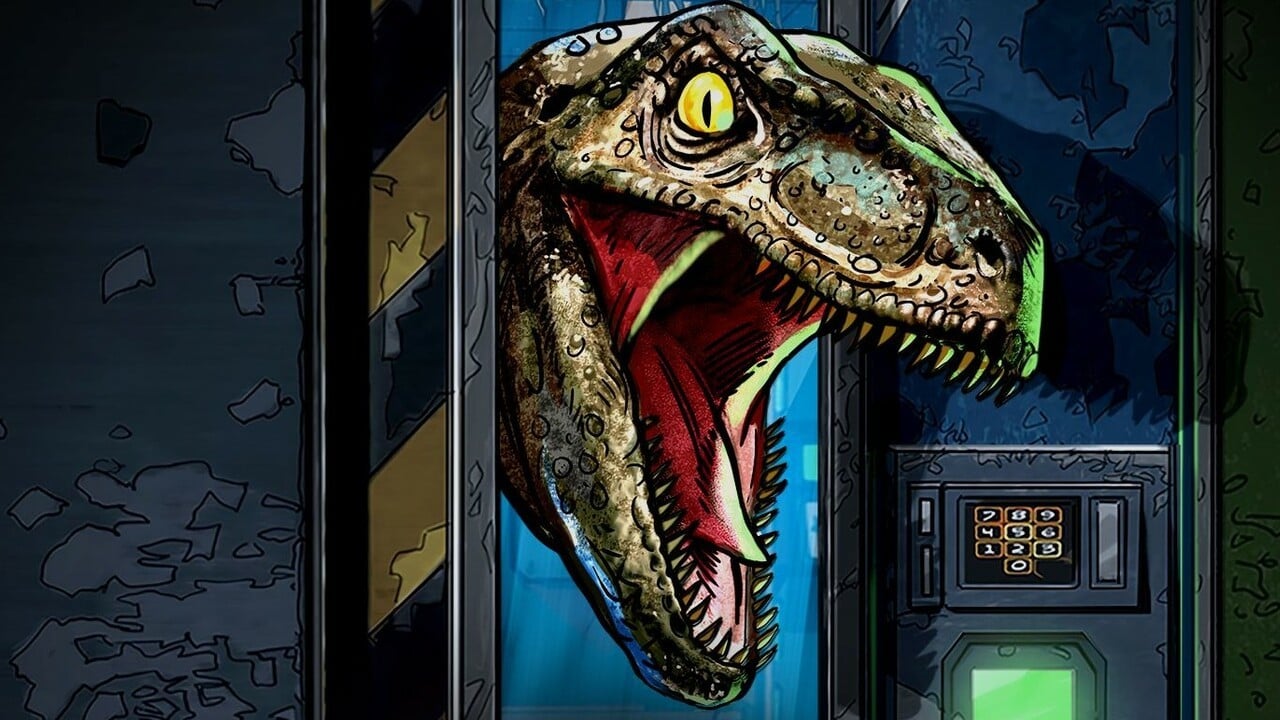 Few franchises have captured the minds of kids everywhere like the original. jurassic park film made in 1993; it started a whole dinosaur craze while retaining much of the novel’s poignant message exploring the perils of genetic engineering. jurassic world – The revival of 2015 with Chris Pratt – didn’t have the same impact, although critics and audiences found it a passable popcorn action thriller (and the less said about the other two films in the World trilogy, the better). Originally developed as a VR title for the Oculus Quest and now revamped and ported to the Nintendo Switch – with “Part 2” DLC content included – Jurassic Park Aftermath Collection picks up two years after the events of Jurassic World but takes after the original film thematically.

The first few moments introduce you to the voice of Dr. Amelia ‘Mia’ Everett – you never see other humans as all the dialogue comes through the radio. Taking control of a speechless security expert named Sam, it’s not long before the rickety plane you’re on runs into trouble with winged dinosaurs that cause the pilots to lose control and crash into the infamous Isla Nublar. Mia, you see, hired you to help her get back to her life’s work as a geneticist. The accident left her with a broken leg, locked away in a bunker somewhere. From there, she provides you with information to help you save both of your lives.

Aftermath takes place entirely within the confines of a research facility. The scientists’ residences, laboratories and underground maintenance rooms are accessible from a central area. You only see glimpses of Isla Nublar’s lush forests through crumbling walls and executive offices. To keep things spicy, three velociraptors are stalking you everywhere, and you have to sneak around, hide under desks, and lock yourself in lockers to avoid becoming dino food.

And that’s about it. The whole experience went from that excellent scene from Speilberg’s first Jurassic Park where the two kids hide from raptors in the kitchen to an eight-hour game. Of course, we weren’t just hiding. Sometimes we had to access a computer to find an access code or connect power cables to get a shutter to open while a raptor sniffed and growled nearby, but we spent too much time crouching under a office waiting for the deadly beast to circle around on the other side. from the room. It didn’t help that early in the game Aftermath teased us with a scary little section with dilophosaurs coming out of vents to spray us with toxic goo, plus a good endgame sequence that we won’t spoil, but the rest was to hide from raptors with small variations of these. In the last third of the game, we hid not out of fear but out of fear of having to repeat the area from a checkpoint.

Accessing terminals for chunks of lore and advancing the story requires solving a variety of small mini-games. Simon-Says presses the button, memorizes the location and the corresponding patterns – that sort of thing. Translated from VR motion controls, they’re all a bit clunky and boring. Spinning the thumbsticks and pressing the D-pad didn’t have the same level of feedback, so we ended up ignoring almost all unnecessary terminals to avoid those tedious little tasks.

In fact, Aftermath loses a lot of what made it a decent, story-driven VR game. We can clearly see how peeking around corners or staring like a raptor, jagged teeth bared, jumping up to grab a bite would make for a much more immersive experience in VR. Sluggish walking speed, perhaps to combat motion sickness, does not help. As it stands, this transition to Switch has left us somewhat detached from much of the game and bereft of that palpable, sustained sense of fear that we assume was a key factor in the VR original.

Our gripes aside, though, we absolutely loved all the sound work in Aftermath. It’s a game that requires a good pair of headphones if you’re playing without a dock or a great speaker system to really enjoy it. The footsteps of raptors will echo as they approach and their growls will echo through the dilapidated corridors. Your own footsteps will alert them if you run. Scratches in the walls, creaky frame, and dying airflow systems give Aftermath some much-needed life. It all comes together to create a pretty impressive soundscape, marred only by the boredom of switching from VR to regular controls.

Voice actress Laura Bailey’s stellar performance as a geneticist struggling between guilt and ambition also keeps the narrative engaging throughout, and a few audio logs voiced by Ian Malcom – Jeff Goldblum himself – made Jurassic Park , 10 years old, obsessed with dinosaurs. fan in us dizzy. Although a bit heavy (“While we wait for the computer to calculate, why don’t you read the audio logs from my past to you?”), Aftermath tackles many of the original’s themes in a reverent, canon-centric way that we thoroughly enjoyed, and the nostalgia-tinged finale didn’t disappoint either. It’s just hard to escape the feeling that everything here would work so much better in its native VR habitat.

We should note that we ran into a bug near the end that caused the game to crash after reloading a checkpoint, forcing us to start over from the beginning. This, it seems, was potentially caused after installing a day one fix on our preview build and should not affect new players.

We love the first Jurassic Park movie and the other five to varying degrees. Luckily for us, then, despite the name, Jurassic World Aftermath generally takes after the original rather than one of the sequels, although the Switch version just isn’t the best way to play it. If you have an Oculus headset, do yourself a favor and play as it should – completely immersed in the soundscape of a crumbling Jurassic World theme park as velociraptors stalk you. If you don’t have one, Aftermath on Switch certainly does enough for fans of the series to take a look at, but the short experience gets a little too tedious by the time the credits roll without the immersion of virtual reality to keep you on your toes.