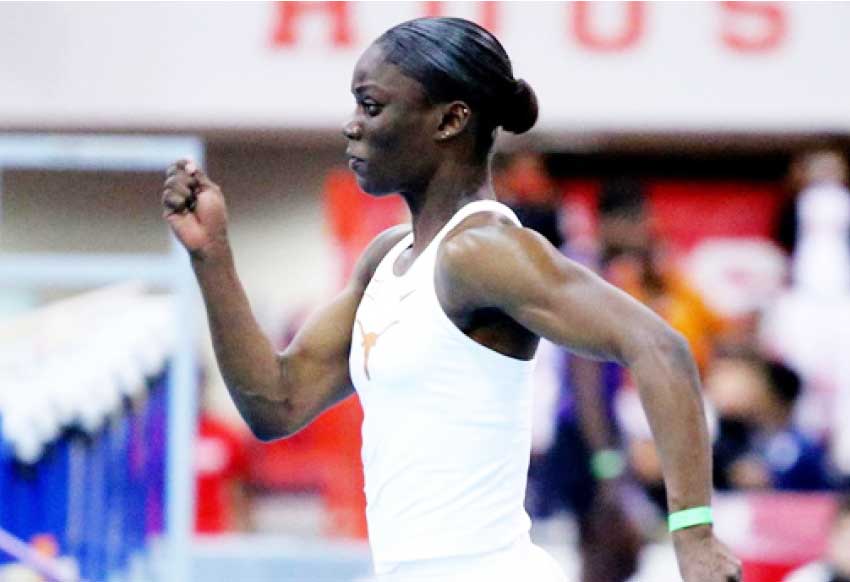 St. Lucian student-athlete Julien Alfred has had an eventful and productive year so far, winning a major sprint event this past weekend.

According to sports reports, Alfred, who is currently ranked 5th in the world in the indoor 60 meters; won the 60-meter final at the Clemson Tiger Paw Invitational in 7.26 seconds last weekend.

Another student-athlete from Saint Lucia who set a new national record was Jaryl Bernard, who broke his own national shot put record; with a throw of 15.47m for a 1st place, competing at the Tom Bond Invitational 2022 on February 12.

Other St. Lucian student-athletes competing in the Tiger Paw Invitational this past weekend also turned in favorable performances.