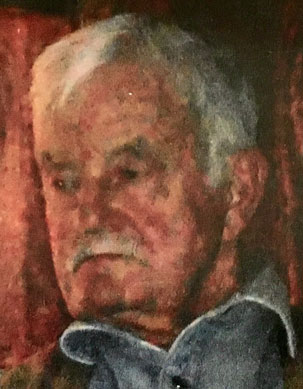 John M. Motter | The SUN from the sources of Pagosa

John M. Motter went peacefully to his eternal home to be with his Lord and Savior Jesus Christ on Friday, October 28. John was born in Wichita, Kan., on March 14, 1934, to J. Fred Motter, of Carthage, Ill., and Maude Evelyn Griggs, of Meade, Kan. When John was 2 years old, he and his family, which now included stepfather George Adams, mother Maude, two older sisters Betty and Marjorie, and younger sister Georgia, moved to Oregon due to the Dust Bowl and the depression in Kansas. In Oregon, their family continued to grow with the addition of three more siblings: two brothers, Duane and Thomas, and one sister, Frances.

In 1952 John graduated from Grants Pass High School and soon after served four years in the US Air Force during the Korean War. He married Edna Ruth Wade in 1954 and they had three children: Neola, Steve and Karen Motter.

After his service, John majored in electrical engineering at San Diego State and later worked as a sound engineer and in the Audio Animatronics department at Disneyland. In 1969, John and his family moved from Los Angeles to Colorado to work with Parks and Wildlife/Game and Fish, moving to the Pagosa Springs area to work at Navajo State Park. Meanwhile, John’s first marriage ended and he moved to Florida to take up a job as a technical writer at Disney World. However, he returned to Pagosa in 1973 and took a job as a typesetter with The Pagosa Springs SUN. Throughout his tenure with The SUN, he was given additional responsibilities in advertising sales, column writing, photography assignments, reporting, layout and compositional makeup. In 1981 John was appointed editor of SUN.

John’s love for local history grew over the years. He spent much of his time hanging out with local “veterans” over morning coffee, listening to their stories. This, combined with her extensive research, fueled her passion for the history of the Pagosa Springs area, fueling and developing her creative writing skills. Put to good use, it eventually created the “Adventures of Hat Capote” series of chronicles, which were published in the Mountain Crier newspaper. During these years he was also busy serving on many local councils. In 1982 John made the decision to leave The SUN to devote more time to research and writing. This labor of love culminated in the writing of the book “Pagosa Country: The First Fifty Years, Pioneer History of Archuleta County”, which was published in 1984.

Another adventure began for John in 1984, when he met and married Vicki (Cunningham) Motter on March 7 and had three stepchildren: Scott, Holly and Matthew Cunningham. With the local economy down, John and his family moved to Marble Falls, Texas in 1986 to serve as Llano County Editor for the Highlander Newspaper. While there, he received several newspaper awards, including first place in humor column writing, first place in news writing, best weekly newspaper in Texas, and second and third place in other categories. of writing. He also worked for other newspapers in Texas, including the Mabank Monitor and the Wylie News. John and Vicki returned to Pagosa Springs, where John returned to SUN as a reporter and columnist, writing a weekly column called “Pagosa’s Past”. It was in the early 2000s that John left The SUN for a second time. He accepted the call to pastor Dulce Baptist Church in Dulce, NM, on the Jicarilla Apache Reservation, but continued to submit his weekly column. In addition to being a pastor, John worked for the Jicarilla Apache Nation for 10 years in the Jicarilla Apache Department of Education, where he taught GED and Adult Education.

In 2017, when John retired, he and Vicki moved back to Pagosa Springs to care for Vicki’s mother, Barbara Waters, and continued to live here. On March 15, 2021, John miraculously survived a ruptured abdominal aortic aneurysm, although it prevented him from continuing to write. During his long recovery, he was diagnosed with advanced cancer and was placed in palliative care at home. Although it was a difficult time in life, the gift of another year and a half with his family was a huge blessing from the Lord.

A Celebration of Life service will be held at Pagosa Bible Church, 209 Harman Park Drive in Pagosa Springs, Colorado on Sunday, November 20 at 1:30 p.m.

John Motter’s family would like to thank: the amazing staff at Hospice of Mercy, especially our personal nurse Stacey Barker; Drs. David Shaeffer, Amber Reiss-Holt and staff of Pagosa Medical Group; Amazing Grace Community Church; and our many dear friends and family who prayed for John and gave their time selflessly.