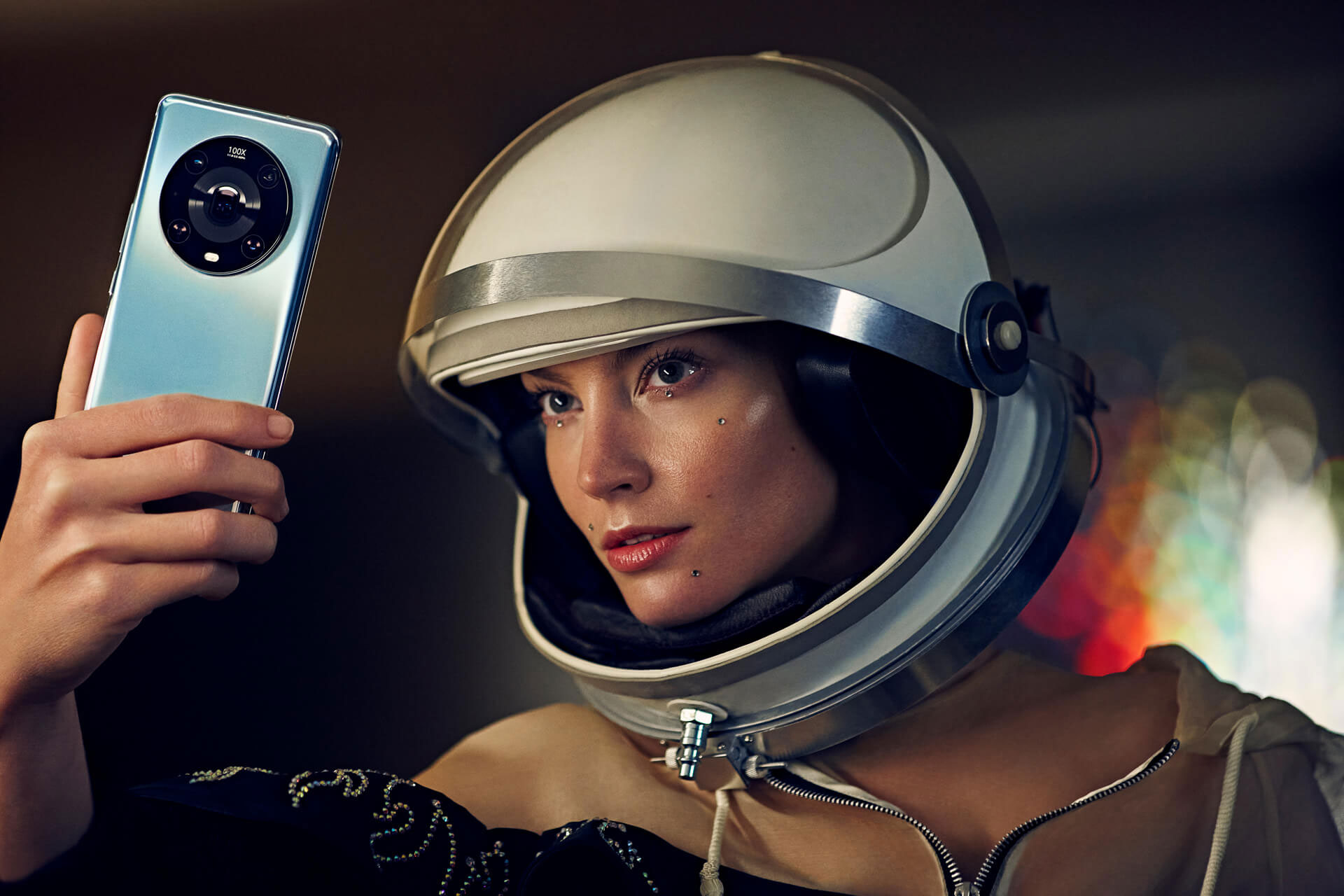 Is the Honor Magic4 Pro a cinematographer’s dream?

After its separation from Huawei, Honor wanted to make a splash with its first flagship, the Magic3 Pro. One of the biggest features the company boasted about was the camera, claiming it was good enough to shoot a good movie with. Armed with one, we’d all be transformed into miniature Tom Cruises, shooting TikToks like they were destined for the multiplex. Sadly, the phone never left its native China, but Honor is using the same pitch for its successor, the Magic4 Pro, which has arrived in Europe.

Admittedly, Honor stood out with the specs list, which reads as if the company threw the kitchen sink, then the kitchen, then the dining room on the handset. The Pro model has a 50-megapixel primary camera paired with a second 50-megapixel ultra-wide camera with a 122-degree field of view. On top of that, there’s a 64-megapixel telephoto lens with 100x digital zoom and an 8×8 Direct Time of Flight sensor, giving it lightning-fast focusing.

The “IMAX-enhanced” phone’s cinematic credentials go a step further: Honor hired a professional colorist to design specific hue palettes for the video. Bryan McMahan has created a series of Lookup Tables (LUTs) for the phone that act like an Instagram filter for your video. These range from a sunny mode that makes your footage look like it was shot in the height of summer, and a dark mode that makes everything look like it’s gone through a bleaching pass. One of my favorites was Focus, which fades all colors except skin tone, at least for my Caucasian members, making everything look like an 80s music video.

But the phone’s real point of interest is its claimed ability to shoot in Log, which is the standard in which most Hollywood films are shot. Now technically it’s a custom format – MagicLog – that Honor designed to work with mobile devices, but the point remains the same. Log is short for Logarithmic, and it’s a way of shooting something that preserves dynamic range and tone as much as possible. It will preserve high contrast scenes, as well as shadows, highlights and whites that a conventional digital camera might try to smooth out or just fail to capture properly.

Unfortunately, it wasn’t easy by any stretch of the imagination – some of the takes I shot for my on-camera piece were plagued with strobe. Which was odd, because my LED bulbs shouldn’t be strobe and the camera only seems to pick it up occasionally. The sound also leaves a lot to be desired and I had to record all my audio to an external microphone. (Yes, that’s common for most professional cameras, but the point is, people are going to use this as a camera for their vacation videos, right?)

Being able to shoot Log means you can also take your footage to a colorist and get the perfect shots. In theory. The first test shots I took were very flat and it was hard to extract much of the detail and dynamic range that should be there. Now, I’m not a professional colorist but my colleague, Steve Dent from Engadget is, so I sent him the phone, and all my pictures, to run his practiced eye over.

He said there was a significant amount of clipping, which means there’s a lot of detail in the footage that isn’t accessible. This is likely a consequence of compression since MagicLog is designed to be mobile-friendly, after all. But that means my clips couldn’t, after processing, get the right pops of color that we were hoping to bring out. Not to mention, Honor doesn’t seem to offer a standalone LUT for the editing software, meaning Steve couldn’t just run it through the standard model (which is table stakes for other pro cameras).

Shooting with the Magic4 Pro is also, in Steve’s words, difficult for a few other rather important reasons. First, because it cuts out the highlights, you have to expose for them and not the shadows, which means there’s some guesswork involved. Then there’s no easy way to tell if you’re shooting footage safely as there’s no built-in Display LUT to give you an idea of ​​what’s coming. There’s also no video level display, so shooting in MagicLog involves a lot of typing and hoping.

Now, that’s not to say the Magic4 Pro is terrible, awful, and a general waste of your money – because it’s not. Shooting in standard mode is easy enough, and the results were good enough for me to use as a pro-grade video for Engadget. But basically it seems like until Honor really gets done developing the Log offering, with a display LUT, video level display, and making color correction easier afterwards for non-pros, this is not something novices should play with and expect good results.

All products recommended by Engadget are selected by our editorial team, independent of our parent company. Some of our stories include affiliate links. If you purchase something through one of these links, we may earn an affiliate commission.

Pro Hearing Sponsored Content: Why Can I Hear But Can’t Understand?

Criminals use deepfake videos to interview for remote work