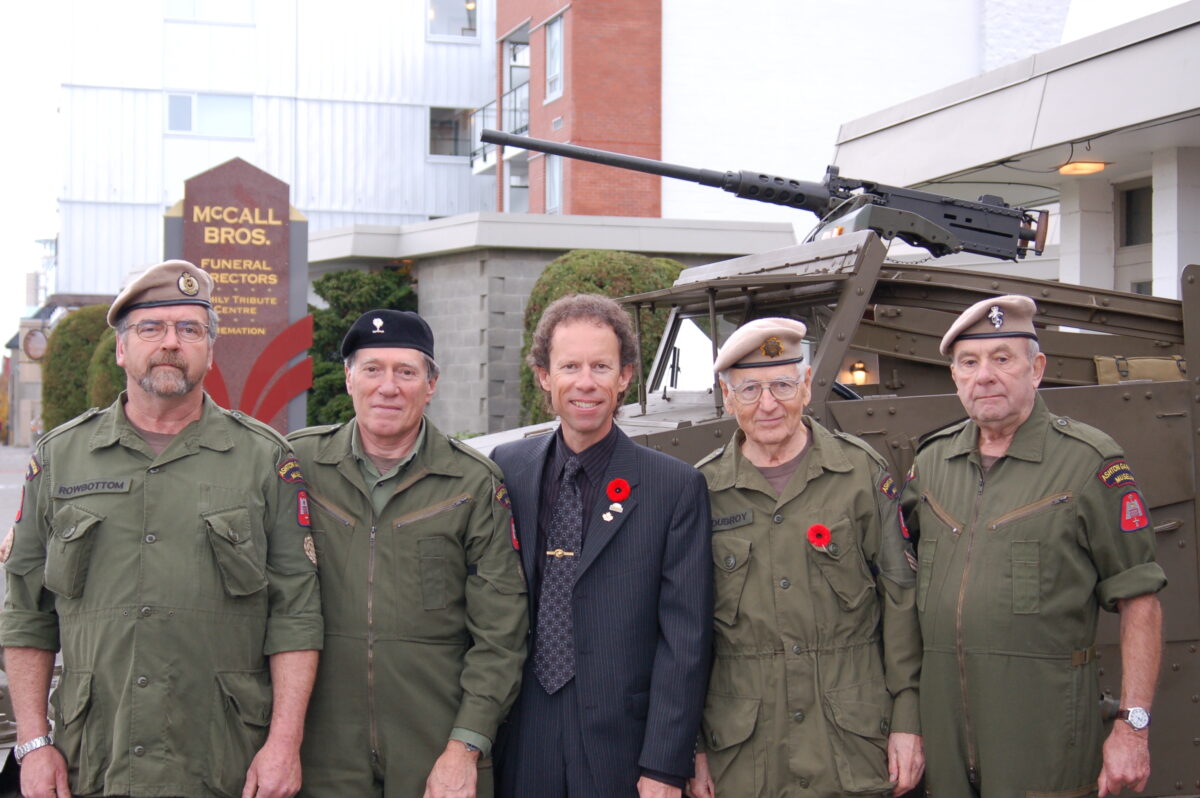 Larry Cappetto wants to give a voice to the courageous veterans, by documenting their experiences on film

For an independent filmmaker, Memorial Day means more than a 24-hour holiday or even a three-day weekend. For Larry Cappetto, Memorial Day is his life.

In his ongoing documentary series, “Lest They Be Forgotten,” Cappetto doesn’t just examine WWII battles like Omaha Beach and Iwo Jima through surviving witnesses. He doesn’t just explore the Korean and Vietnam wars. Cappetto also chronicles the Nazi persecution and attempted extermination of Jews from Kristallnacht to the liberation of the death camps.

“It’s totally unprecedented,” said Cappetto. “When I interview veterans, it’s as if they are reliving in color what happened nearly 80 years ago after World War II.” He added that “every interview I’ve done, I can see in their eyes and in their body language, they’re reliving what they went through when they were 18, 19. Most of these people I’m have spoken haven’t spoken for 40, 50, 60 years, if you can believe they hold it all inside.

A range of emotions

Veterans’ stories range from the heartwarming to the heartbreaking. In “Bill the Potter”, Cappetto portrays Bill Wedeland from San Antonio, Texas. Wedeland was serving in Vietnam with the 1st Reconnaissance Battalion, 1st Marine Division, when two weeks before his 19th birthday he lost both eyes and both hands as he suffered severe head injuries in an explosion. .

Still, the surgeries gave Wedeland new eyes, and two special procedures split bone from the remains of Wedeland’s forearms so he could use them as hands. As a result, the Navy veteran, now 72, has been able to make and sell pottery for the past 50 years.

When giving speeches, Wedeland often quotes a quote from Henry Ford: “If you think you can or you think you can’t, you’re right.” Cappetto said, “When life gets tough, I think of Bill and his Henry Ford quote. … When I’ve had bad days, I’m going to call Bill, and I call him to encourage me.

Two other stories portray the tragedy to its most stunning and subtle extremes. One of Cappetto’s subjects, Loyd Lewis, told how he had to bury the pieces of his 17-year-old twin brother, Boyd, who was killed by an explosion while in a fox hole at the start of that infamous invasion of Iwo Jima.

Another Navy veteran, Frank Clark of Las Cruces, New Mexico, a clerk typist who saw no action, represents the other extreme. “He said he typed the telegrams to the families of those who were killed on Iwo Jima,” Cappetto said. “And he could quote that [form] verbatim telegram. It gives me chills every time I say that.

Capetto and his work have been featured on PBS and Fox affiliates; the CBS Evening News during Katie Couric’s tenure as anchor; the Alison Stewart show on MSNBC; and CTV, Canada’s largest private television network. Because of his work, Cappetto received the George Washington Medal of Honor from the Freedom Foundation in 2007.

Cappetto’s YouTube channel, Voices of History, has had more than 7 million views since its inception in 2012. His own website sells copies of his videos, which include interviews with police officers in a series called “Beyond the Badge” and with truck drivers. in another series, “Keep America Moving”.

But Cappetto wants his productions to have the greatest impact on students. “My heart is really with our younger generation,” he said. “I get this from the teachers: History is best learned from those who were there. They tell me you don’t get that emotional connection from a book.

“And they tell me there’s very little in the textbooks today about World War II, certainly not about the Korean War, which is called a forgotten war, and there’s really no much about Vietnam. My documentary series is therefore enormous for an audience of people seeking to know more about our history, about our country, about our freedom.

The impact goes beyond mere information. “It’s as if time stood still for an hour,” Cappetto said. Young people are especially shocked to learn the realities of war. Cappetto regularly gives presentations at schools and local events on his documentaries. “The emotion that these young people showed, the adults showed, tears of gratitude for what these people are doing. … Over the years I have spoken at over 100 schools across our country, at over 100 000 students. One of the things I hear most often is that they had no idea what our veterans went through. They had no idea what freedom really means. They were shocked by the reality that freedom is earned, man, it’s not free.

The true price of education

One of Cappetto’s shorts makes this point in a direct and poignant way. In “Where are the offices?” students nervously walk into their classroom on the first day of school, only to find no desks available to them. The teacher writes this question on his whiteboard for his students to think about: What did I do to earn the right to sit at my desk?

At the end of the school day, after no student can provide a satisfactory answer, veterans of different ages carry the desks into the classroom. This gesture touches the students deeply. Many are crying. Afterwards, students and veterans embrace.

“You students haven’t earned the right to sit at these desks,” the teacher told them. “These heroes did it for you. They paid the price for your right to an education. Please never forget that.

For Cappetto, the veterans he interviews are more than heroes. “When I look at the American flag,” he said, “I see they are woven into the fabric, into the fabric of this flag.”

When looking at the country’s current turmoil, Cappetto believes his films convey a particularly crucial message. “On a personal note,” he said, “I feel like today you and I are fighting for the same freedoms in our own country that our veterans fought on. foreign soil.”