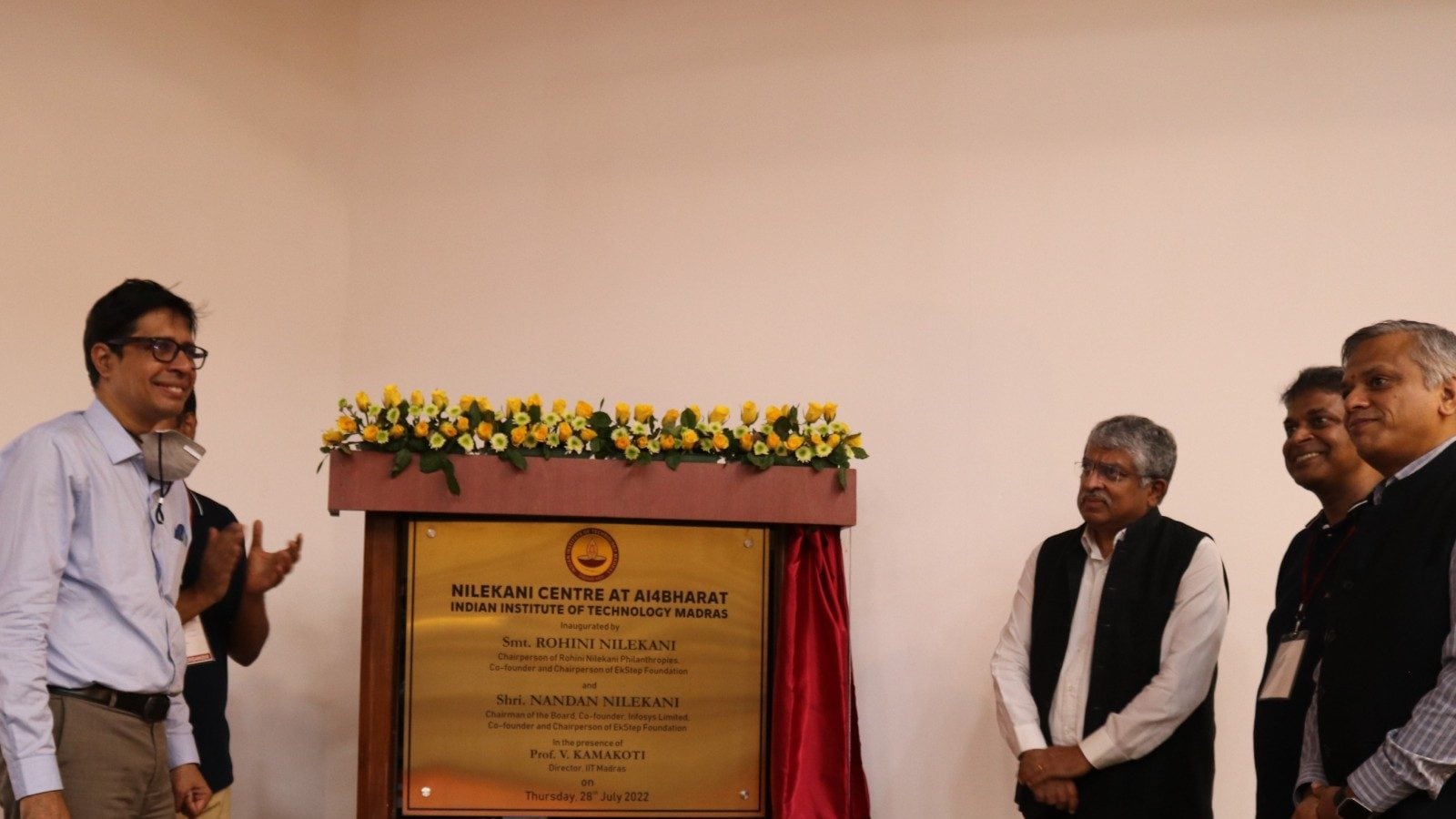 The Indian Institute of Technology (IIT) Madras on Thursday launched the “Nilekani Center at AI4Bharat”. This new center will work on the advancement of Indian language technology. This center is supported by Rohini and Nandan Nilekani with a generous grant of Rs 36 crore by Nilekani Philanthropies.

As part of this launch event, a workshop open to students, researchers and startups was organized to discuss the resources available to develop Indian language technologies.

AI4Bharat was created as an initiative of IIT Madras to create an open source language AI for Indian languages. Over the past two years, the team led by Dr Mitesh Khapra, Dr Pratyush Kumar and Dr Anoop Kunchukuttan has made several contributions to Indian language technology, including state-of-the-art models for machine translation and recognition vocal.

Speaking about the launch of this center, Nandan Nilekani said, “The Digital India Bhashini mission has been launched with the aim of making all services and information available to citizens in their own language with ‘collaborative AI’ at the heart of the design. AI4Bharat will further contribute and accelerate Indian language AI work as a public good and is fully aligned with the goals of the Bhashini mission.

Dr Mitesh M Khapra, Associate Professor, Department of Computer Science and Engineering, IIT Madras, said: “Given the rich diversity of languages ​​in India coupled with an expanding digital world, it is important to make significant advances in language technology for the benefit of the common man. While language technology has improved significantly for English and a few languages, Indian languages ​​are lagging behind. The Centre’s objective would be to fill this gap.

The Center has made several state-of-the-art resources open source, accessible to everyone. These templates are available for free and can be downloaded from their webpage ai4bharat.iitm.ac.in.

Elaborating further on this center, Dr. Pratyush Kumar, Researcher, Microsoft Research and Adjunct Faculty, IIT Madras said, “The center is conveniently located at the intersection of academia, industry and organizations working for the public good. . This allows its contributions to be broad, spanning cutting-edge AI research, open datasets as infrastructure, and applications for people to use.

Speaking about the technology being developed at the Centre, Microsoft Researcher Dr Anoop Kunchukuttan said: “Creating AI technologies for the diverse set of Indian languages ​​is expensive given the need for large datasets and computing power. In this context, we are grateful to several organizations for supporting efforts to create open source AI.