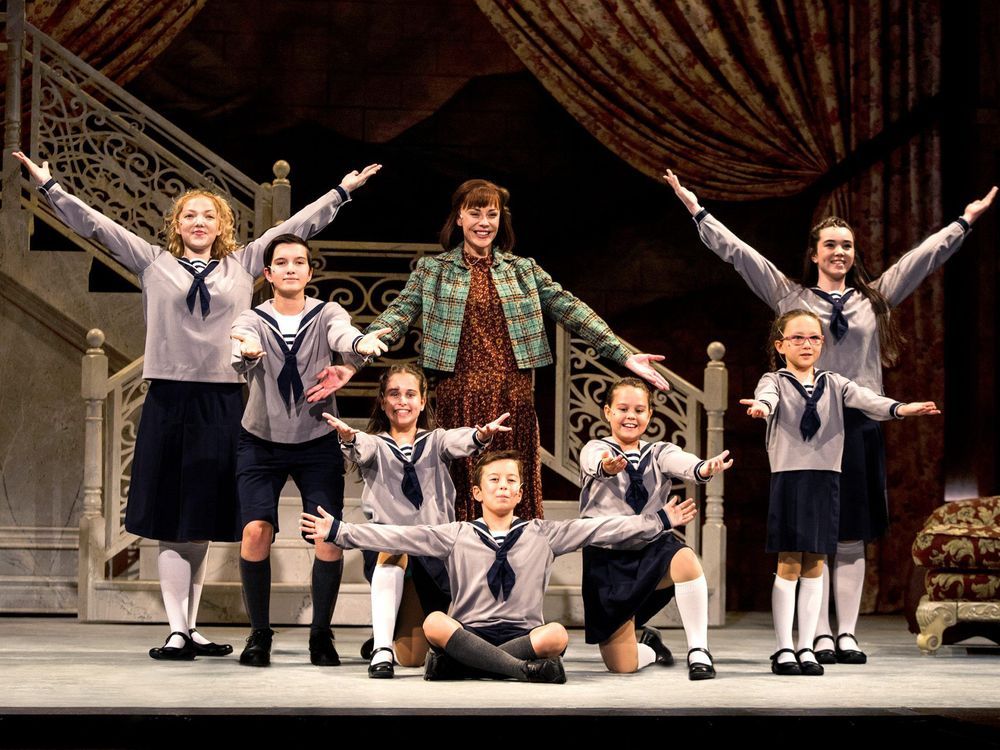 It may not be heaven, but it sure is what it looks like.

From opening note to end, The Sound of Music by Rodgers and Hammerstein, presented at the Huron Country Playhouse until September 4, is an absolute delight.

Director Timothy French delivered a flawless production with sublime music, voice and movement, a sensory and emotional treat that will bring tears to your eyes for the sheer beauty of it all.

As many of us expected, Jayme Armstrong in the lead role of Maria Rainer is sensational, bringing her considerable talents, charisma and energy to one of the most popular musicals of all time that gave to the world of enduring hits such as Edelweiss, My Favorite Things, Climb Ev’ry Mountain, Do-Re-Mi and the title track.

But every facet of this production, including choreography, music, decor, sound, lights and, of course, vocals are as close to perfection as you’ll find on any stage.

The ensemble’s choral work, led by Rebecca Poff as Mother Abbess, which gives a heartwarming performance, is particularly inspiring.

Set in Austria in the late 1930s as Nazi Germany threatens the world, The Sound of Music tells the story of Maria, who hopes to become a nun until the mother abbess, concerned about whether Maria has chosen the right vocation, suggests that she take a job as governess to a widowed father’s seven children. Maria falls in love with the children and their father. In the meantime, the father’s opposition to the Nazis endangers the whole family.

Although his voice is exceptional, Armstrong’s greatest strength is his acting – especially with children on stage – which exudes warmth and honesty, his every move and expression is deliberate and believable. .

I could see and feel her fall in love with Captain Georg von Trapp, played wonderfully by Stephen Sparks, who brings dignity, strength, courage and tenderness to the role.

The other children in the family are Annelise Forbes as Liesl, the older sister whose performance as a loving teenager is excellent; Sal Thompson as Friedrich, the oldest boy whose voice is breathtaking considering he is a soprano; Quinley Kurczak as Marta and her sister Tevya Kurczak as Brigitta, with August Fox playing the youngest boy, Kurt.

Other cast members whose performances shine are Christina Gordon (last seen in April in the roles of Gloria and Sarah in the Grand Theatre’s production of Grow) as Frau Schmidt, Lee MacDougall as Max Detweiler and Evan Taylor Benyacar as postman/deliveryman Rolf Gruber, Liesl’s love interest.

The Sound of Music and its wonderful score have been with us for over six decades, but the messages it offers the world are as relevant today as they were when history was written, given the conflicts in Ukraine and the United States and the need for parents to parents.

IF YOU ARE GOING TO

What: The Sound of Music by Rogers and Hammerstein, directed by Timothy French, presented by Drayton Entertainment

Laptops with fingerprint sensor for secure and easy login