It’s only been a few weeks since Google announced the shutdown of its Stadia cloud gaming service next year. And now the company has a new cloud gaming announcement: it’s releasing Chromebooks designed for cloud gaming made by different manufacturers.

The search giant has also partnered with cloud gaming services such as Nvidia GeForce Now, Microsoft Xbox Cloud Gaming and Amazon Luna to bring top titles to users. Additionally, the company has partnered with accessory makers such as Acer, Corsair, HyperX, Lenovo, and SteelSeries to manufacture certified “Works with Chromebook” peripherals for these devices.

This first set of Chromebooks for cloud gaming made by Acer, Asus, and Lenovo has plenty of gaming-related features. These include high-resolution displays with 120Hz+ refresh rates, Wi-Fi 6 or 6E compatibility, high-quality sound, and RGB keyboards with anti-ghosting (a feature that registers all keystrokes with accuracy even when pressing multiple keys at once).

To make these gaming Chromebooks appeal to a wider audience, the first set of devices cost between $399 and $799. Depending on the price, these laptops use Intel processor from Core i3 to Core i7. Here’s a quick look at the specs of three launch models. 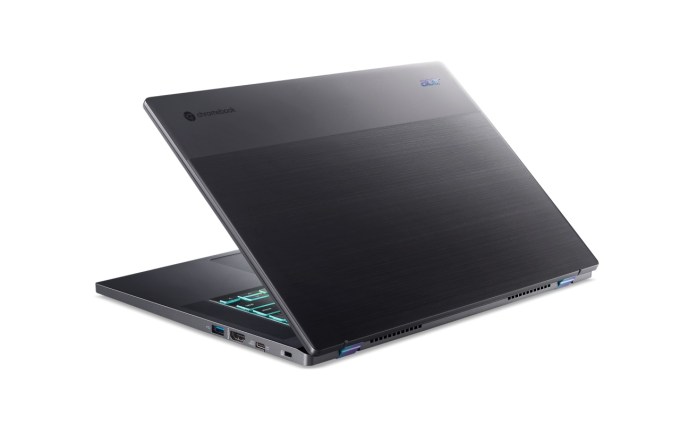 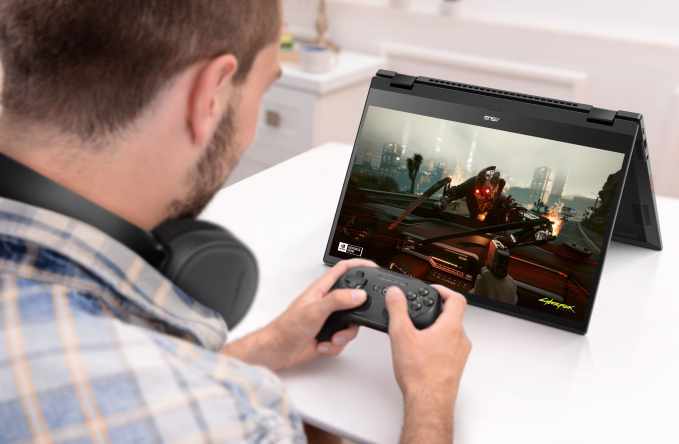 At this time, Google does not have a set of requirements or certification for Chromebooks for cloud gaming. So we don’t know if future devices have to meet certain specifications to be included in this program, but Google will push future devices with high refresh rate screens and good Wi-Fi connectivity to a minimum.

However, the company said all three launch devices have been independently tested by Gamebench to ensure a consistent and smooth 12fps gaming experience with sub-85ms latency. All these devices will go on sale in October.

Supported accessories made by Acer, Corsair, HyperX, Lenovo, and SteelSeries include headsets, mice, and controllers.

To bring cloud gaming to these three launch devices, Google has partnered with Microsoft, Nvidia, and Amazon to support their Xbox Cloud Gaming, GeForce Now, and Luna cloud gaming services with the highest quality. During the briefing, the company mentioned that they would have loved to have Stadia on the list (sad reactions only).

On these gaming Chromebooks, you can run GeForce Now’s highest performance tier RTX 3080 that supports resolutions up to 1600p, frame rates up to 120fps, and features like ray tracing for a rich visual experience. GeForce Now will come pre-installed on launch devices, and buyers will receive a three-month RTX 3080 subscription for free.

Xbox Cloud Gaming will work on these devices through an installable web app. This brings titles like Forza Horizon 5, Deathloop, Flight Simulator and Gears 5 – accessible via Xbox Game Pass subscription.

US-based buyers will also get a three-month subscription to Amazon’s Luna gaming service, which includes titles such as Devil May Cry 5, Resident Evil 2 and 3, and Sonic Mania.

The Chrome OS team is also introducing a new feature for these new Chromebooks that will allow users to find GeForce Now and Google Play titles directly from the search bar accessible via the All button in the lower left corner. The company aims to add more services to the search function in the future. These laptops also have a feature that lets you quickly switch to Slack to reply to an important message and pin a cloud gaming service to the taskbar for quick access.

He also clarified that, for now, this game search feature is limited to gaming Chromebooks, but doesn’t rule out bringing it to non-gaming Chromebooks. So we’ll just have to wait and watch.

In his briefing, executives from Google and its partner organizations for the program often insisted that these machines can be handy for casual gamers – people who might not invest the time and money in buying a console or building a gaming rig. The company said these machines are for people who can dedicate a few minutes to a few hours a day to gaming and still be useful as work machines daily.

Google also acknowledges the fact that Chromebooks are widely known as affordable machines for work and education – and not really designed for gaming. It tried to bring some sort of gaming experience to all Chromebooks with support for platforms like Steam and testing keyboard controls for Android games. But it’s nowhere near a console or gaming platform experience.

“As we launch the first Chromebooks designed for cloud gaming, we understand that today Chromebooks aren’t necessarily known as gaming laptops. Many people are more familiar with our devices for productivity (work, school, documents, presentations and spreadsheets) or online streaming (movies, TV and music videos),” said John Maletis, vice president of Chrome OS Product, Engineering and UX in a statement.

Given that this launch is announced a few days after the shutdown of Stadia, many people will rightly wonder about the cognitive potential of the program. It’s obvious that Google likes to be a platform that others can rely on. In this program, Google just has the role of being a distributor of Chrome OS. Laptop makers build the hardware, third-party cloud services bring the games, and accessory makers make the peripherals.

The idea of ​​a hybrid work and play machine is appealing. For laptop makers, it reaches a casual gamer audience with relatively cheaper machines from gaming laptops; for gaming services, it’s about reaching more screens; and for Google, it provides a gaming platform to favor. There is a growing interest in making hardware focused on cloud gaming. Microsoft promised to do something about it last year, and Logitech released a cloud gaming handheld last month. So Google wants to make its presence felt in one way or another.

But the entire ecosystem of makers, cloud gaming providers, and Chrome OS features must have a cohesive experience to attract customers. Given that it’s powered by Google, it’s hard to be very confident about the program’s lifespan.