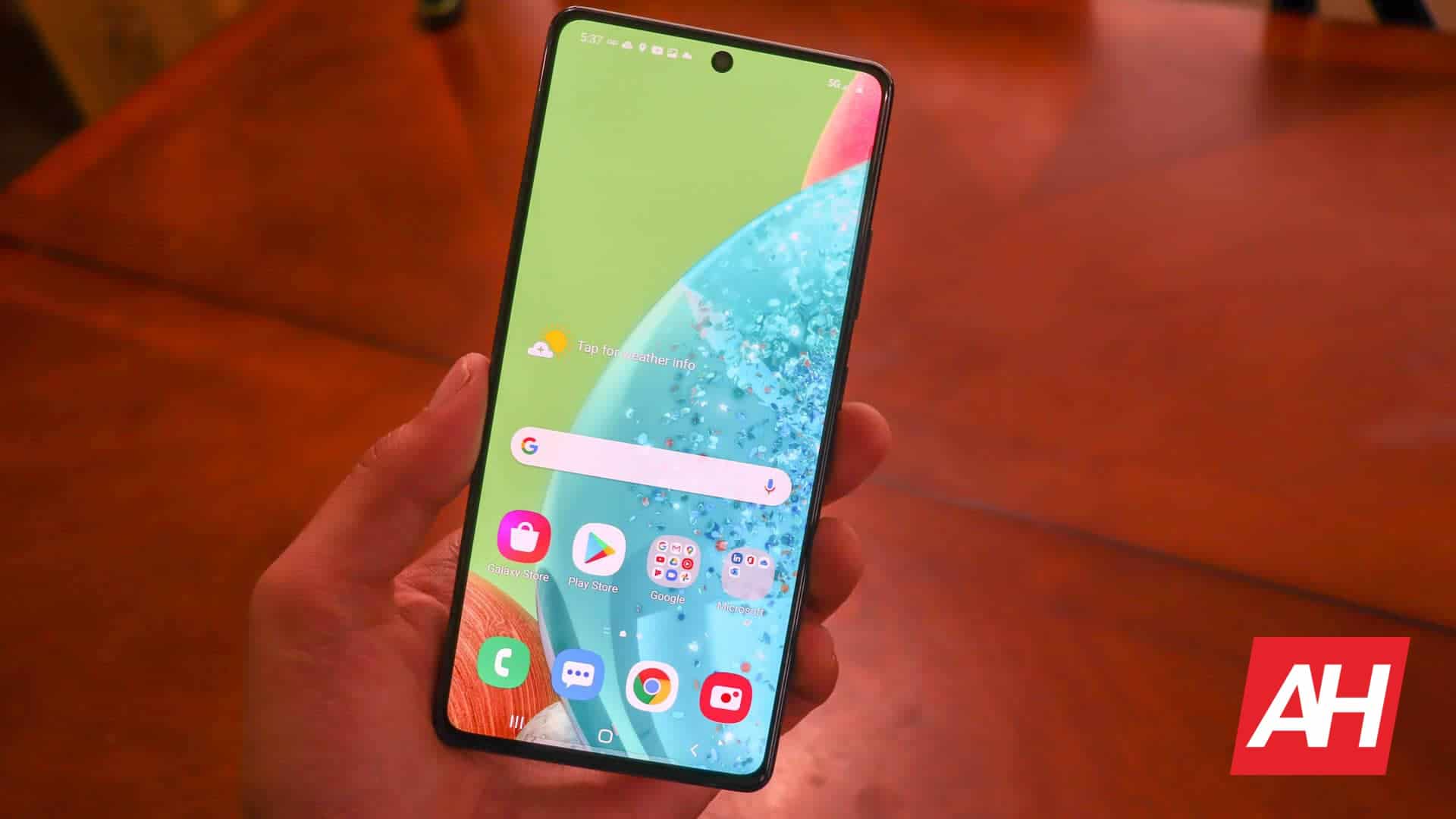 Samsung’s Android 12 update has hit the Galaxy A71 5G. 2020’s premium mid-range gets the big full Android update with One UI 4.1. This is the latest iteration of the Korean company’s custom Android software.

For now, the Android 12 update for the Galaxy A71 5G is only available in the UAE. The new firmware version of the phone is A716BXXU6DVC2. The OTA (over the air) rollout is expected to reach more markets in the coming days. The update brings the March 2022 Android security patch and a ton of new features and improvements which we will discuss below.

Note that Samsung launched the Galaxy A71 5G as Galaxy A Quantum in its home country of South Korea. This device is also getting the Android 12 update. Additionally, the 4G version of the Galaxy A71 has also gotten the latest Android OS update in some regions such as Hong Kong and Poland. A worldwide rollout of Android 12 for the entire Galaxy A71 family is expected to follow soon.

Android 12 update is live for the Galaxy A71 5G

Samsung initially launched One UI 4.0 with its Android 12 update. But with the launch of the Galaxy S22 series last month, the company introduced One UI 4.1. Its new Android 12 builds now come with the latest version of its custom software. The Galaxy A71 5G also benefits from the all-inclusive package.

When it comes to new features, there is a lot to look forward to for Galaxy A71 users. The moment your phone reboots with One UI 4.1, you’ll notice some subtle UI changes all around. To go along with these changes, Samsung has also included a dynamic theme feature that lets you pull colors from your wallpaper and apply them to system UI elements. It gives a cohesive feel to your user experience.

Android 12’s display indicators for microphone and camera access are among the new privacy features. Unique permission settings and protection of sensitive information on the clipboard also protect your privacy. The Samsung keyboard benefits from grammar integration to help you improve your written English.

All in all, this is a huge update for the Galaxy A71 and Galaxy A71 5G. If you’re using one of these phones, look for the update in the next few days if you haven’t received it already.

Cobots and no code: robotics for everyone