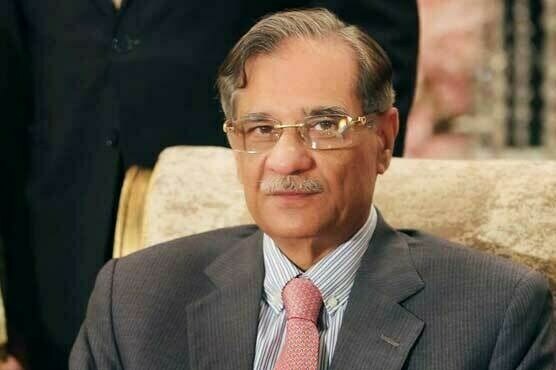 In the short clip, unverified by Business recorder, a voice, believed to be from former CJP Nisar, is heard speaking to an unidentified person, saying that Nawaz and Maryam should be punished in order to make way for Imran Khan to take power.

The clip began to circulate on social media, after which Nisar released a statement, claiming that he had never had a conversation with anyone on the matter. He added that he had not decided to take the matter to court.

The leaked audio follows ex-Chief Justice Gilgit-Baltistan Rana Shamim’s statement that Nisar influenced court proceedings to extend the detention of Nawaz and his daughter following their sentencing in reference to Avenfield apartments.

IHC issues show cause opinions to former UK judge and others

According to the alleged affidavit, Shamim claimed that Nasir traveled to Britain for a vacation in 2018 and on one occasion appeared “very disturbed” when speaking to his clerk on the phone, asking him to contact a judge of the High Court.

Shamim said that Nisar was finally able to get in touch with the judge and told him that Nawaz and Maryam were to remain in prison until the election was over, after which “he became calm and happily asked for another cup of tea. “.

According to the document, Shamim said he told Nisar that Nawaz was falsely involved, to which the former CJP replied: “Rana Sahib, the chemistry in Punjab is different from that in GB”.

These claims of Shamim were also rejected by Nisar. He told the media over the phone that the charges against him were “contrary to the facts”; therefore, he did not want to respond to the “blatant lies” of the former chief justice of GB.

The ex-CJP said Shamim asked him for an extension but did not accept his request, adding that the ex-GB CJ had also complained to him about it.

Top 3 things we learned from Bills vs. Colts

A conversation with Mr. Eazi, Spotify and two Congos, the crackdown on cryptocurrencies in Nigeria • Techpoint Africa