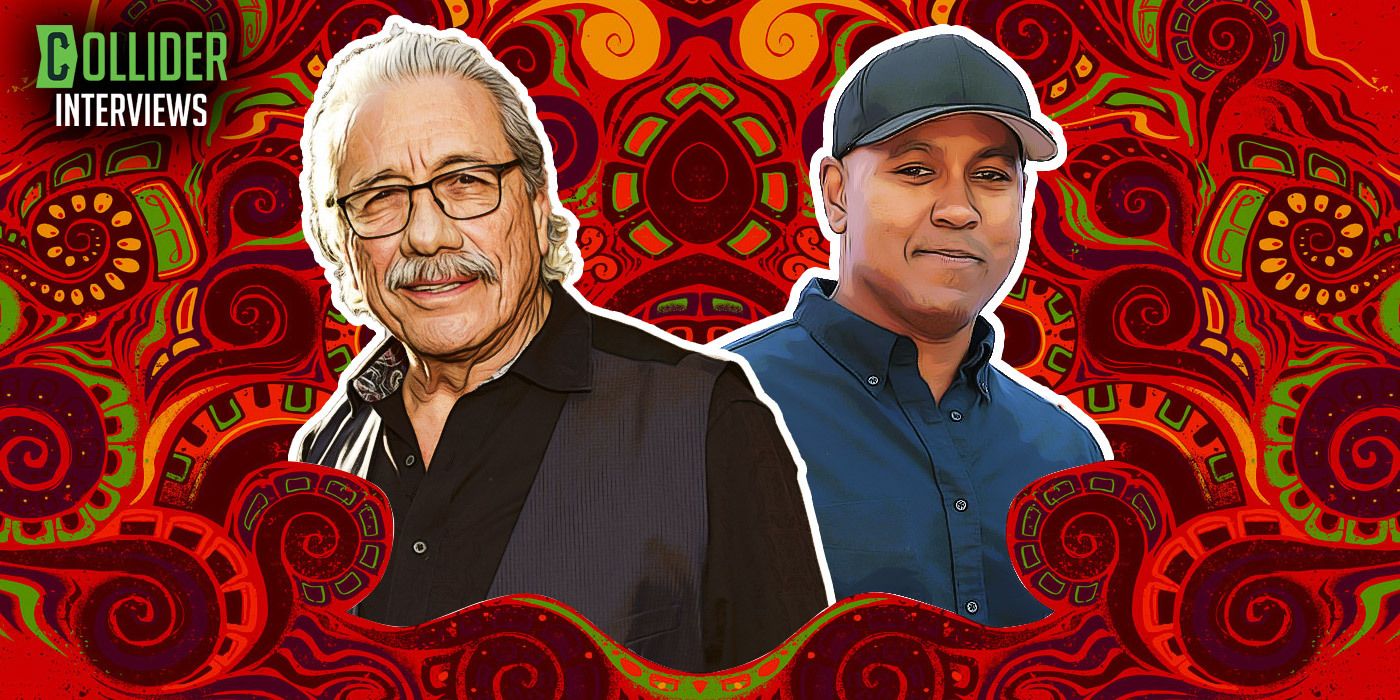 Edward James Olmos and Michael Olmos on their father-son dynamic

From the showrunner Elgin Jamesthe fourth season of the FX drama series Mayans MC brought the war right to the doorsteps of Santo Padre, forcing them not only to face retaliation from other blood-seeking chapters after an attempt to align themselves under a single king blew up in their faces, but also to deal with the Sons of Anarchy seizing on every opportunity to take them out. E.Z. Reyes (J.D. Pardo) and his brother Angel (Clayton Cardenas) are fractured under the weight of it all, as the club tries to figure out its next steps.

During this interview with Collider, Edward James Olmos (who plays Felipe Reyes, EZ and Angel’s father) and his real son Michael D. Olmos (who directed episode 404, “A Crow Flew By”) talked about what they love about working together, bringing the authenticity of the show’s storytelling to life, finding the emotional and psychological truth in every moment. , the changes in the father-son dynamic, and Michael’s desire to hopefully direct another installment of the series in the future.

COLLIDER VIDEO OF THE DAY

Collider: Michael, what’s it like directing your father? He’s a veteran who’s been working in his craft for a long time, and he’s also kind of an acting icon, but he’s also part of the family. How do you approach that and balance that, on set?

MICHAEL OLMOS: It’s a blessing to have the opportunity to do that. When we’re at the video village chilling out, it’s just my dad and we’re talking. And then we’ll switch gears when the scene is over, and we’ll get to work, and that’s a lot of fun. I love watching him work. I get excited when I’m directing. Watching him work is magical. I don’t have much to do except make sure the camera is in the right place, then watch it come to life and watch the other actors feed off of it. This is very fun.

Do you direct it and collaborate with it differently from other actors? Do you approach things the same way with everyone or is everyone different?

MICHAEL: The process is the same for everyone, but each actor works a little differently and has a different process. Even on Mayans, each actor has a very specific way of working, so I was just trying to understand it to be useful and do my job with them. With [my dad], it’s always about a story and finding the emotional truth, from moment to moment. When he’s doing the scene, I always notice it’s about his movement and finding the truth in what he’s doing, so I just like to be there and watch him. I’ll know how I want to film it, just to have a backup, but watching him block it, he always comes up with some really amazing things when he’s working. Every actor does that, but he mostly surprises me with what he does on set.

Edward, how does it feel to be ruled by your son? Do you handle things differently when your director is also family, or do you find yourself working with all the directors on the show in the same way?

EDWARD JAMES OLMOS: Everyone is different. Everyone has their own fingerprint. Michael’s thumbprint is amazing. He’s a very good director, and that’s because he’s a great writer. When you are a very good writer, you make a great director. When you can direct very well, but you don’t write, you would have been a much better director if you had been able to write. It’s all about storytelling. By directing it, you use your sense of understanding and compassion, and your understanding of life, and you document the behavior that is before you. To me, that’s the beauty of it, and Mikey does it really well. I am very proud of him. You can take the horse to water, but you cannot make it drink. I kicked him out because I’m at the door, but he had to do everything to stay there. There’s no way to stay if you can’t do the job because it’s really, really hard. Leading is not easy. It’s supposed to look very easy, how you hold the camera, or the lighting, or the sound, or where you put the microphone, but it’s only easy after you’ve had a lot of experience . He has a lot of experience. He has decades of experience and it took him a long time to get on TV. He is an independent filmmaker. Now he’s embarked on his first TV show, and I think he had a great time.

Michael, what did you find most difficult to do specifically Mayans MC, and even more specifically, do episode 404? What did you learn from this experience that, even after realizing, was new to you?

MICHAEL: It was my first gig on TV, but what was cool was that I spent a lot of time with (co-creator of the show) Elgin. [James], for three weeks on set, just sitting with him before I started my prep. I have to really absorb the show and absorb what it was trying to do this season. What I liked about Elgin was that he said, “Bring me new ideas. If they work, they will be part of the show’s language. If they don’t, they won’t be in the cup. He gave me security. The challenge was to try to find something, without being stylistic to be stylistic, that enhanced the storytelling. Writing is about depth and truth, emotional truth and psychological truth, so how do you do something interesting in this space without it being forced? That was the challenge. All the directors were trying to do that this season. It’s very difficult.

Edward, after all the craziness of the first few episodes, how does it feel to do a scene where you’re sitting at a kitchen table and eating cake? Does it sound like a very different change of pace?

EDWARD: It came to my attention, and it’s so true, that when I started the show in season one, EZ and I were at the table, eating whatever. Now in the fourth season, EZ is no longer found and Angel has become much closer to his father than EZ. They did a great job. The complexity of life is incredible, and when you can capture that, it’s fiction, and we dramatize, but when you can really make it real, then you document human behavior. That’s what Michael is very good at. I appreciate that because then you’re doing work that will stand the test of time, which is really all you want to do, so that a hundred years from now someone can look and say, “Wow, that’s really good. ”

I love that it’s a show where there’s a ton of action and high stakes, but you can still show that emotional vulnerability.

EDWARD: It’s such an awkward scene. It’s perfect. It became the truth, which is interesting because it’s fiction. We dramatize it with different takes and different angles, but all of a sudden it’s so honest.

Do you think it’s difficult for Felipe to have this tension with EZ?

EDWARD: The whole understanding of the show is karma and how the things we do impact. It’s a really sad, very tragic, very Shakespearian story. Everything you don’t want to happen happens. People continue to kill each other and they know each other, which is very difficult. The reason behind it is almost simplistic, but you realize how deep the wound is, to trigger something like this. I tell people, “Don’t watch this show unless you really understand what darkness is and want to go there. If you liked Sons of Anarchy, then you will love it. But if you’ve never seen Sons of Anarchydon’t watch this because it will make your head spin.

Family brings out the best and the worst in people.

Michael, do you hope to direct another episode of the series in the future?

MICHAEL: I’d love to, if they get me back. I would do five episodes. This show is amazing. The cast and crew are like one big family there. It’s a great energy. Everyone is really passionate about the show and the team is just awesome. It was one of my best experiences on set, so I would like to do more. I would like to continue doing television. Bring me back, Elgin. I’m ready to do season 5 of Mayans.